Small Businesses in Europe Fear Getting Trampled by TTIP

The powers behind it are multinationals.

At this moment, 3,382,680 people have signed a European Citizens’ Initiative calling for an immediate end to the negotiations of the Transatlantic Trade and Investment Partnership (TTIP). “Stop these sinister trade deals,” is the site’s motto. It’s by far and away the highest number of signatures ever achieved by such a petition. Mass demonstrations, meetings, and rallies have been held in towns and cities across the continent as well as coordinated international days of action against TTIP.

While protests from anti-globalization groups and labor unions have hogged what little limelight there has been, the depth of European skepticism goes much deeper. Thousands of local councils and municipalities have preemptively declared themselves to be TTIP-free zones, including Spain’s second biggest city, Barcelona.

Now, despite the European Commission’s increasingly desperate efforts to paint TTIP as SME-friendly, growing ranks of small businesses are beginning to question the wisdom of signing the so-called free trade agreement, which has little to do with actual “trade,” and everything to do with expanding the rights and powers of large corporations.

A new Business Against TTIP platform has just been launched in Britain, fronted by UK Entrepreneur of the Year Titus Sharpe. “The small and medium-sized enterprise (SME) sector is critical to the UK economy,” Sharpe writes in the UK Independent. “We account for more than 99% of the private sector and we provide jobs for more than 15 million people. Our gross value add to the British economy is £339 billion.”

The European Commissioner for Trade, Cecilia Malmström, argues that “Europe’s smaller firms and the communities they operate in stand to be among the biggest winners” from TTIP. A bizarre claim given that only 0.5% of SMEs in the UK and 0.7% of businesses across Europe actually engage in trade with the U.S., and the value of those exported goods and services is less than 2% of the added value produced by European SMEs as a whole.

For most of Europe’s small businesses, the vast bulk of their exports go to other European countries. However, a number of studies predict that TTIP will see a considerable drop in trade between EU countries as a result of trade diversion to the USA, with one warning of “European disintegration, unemployment and instability” as a direct result of TTIP.

The fact that growing ranks of time-pressed small businesses are starting to actively campaign against TTIP is no minor matter. By bowing at every turn to the demands of big business, the TTIP negotiators risk turning a very important ally into a very powerful adversary, and not just on the European side: in total there are 20 million SMEs in the EU and 28 million in the US.

Thousands of businesses in Austria and Germany have already signed an ‘SMEs Against TTIP’ petition calling for an immediate end to the EU-US negotiations. The German Association for Small and Medium-sized Businesses (BVMW) has expressed the strongest reservations about TTIP, as WOLF STREETreported last year.

A 2014 Commerzbank study found that only 15% of Mittlestand companies, which represent over 90% of firms in the country, believe TTIP would be a good thing for their business. A separate survey by the BVMW showed that more than 80% of its members believe the government is not doing enough to represent their interests in the negotiations.

Their biggest gripe is the proposed inclusion of an Investor State Dispute Settlement clause which would allow multinationals to bypass national courts and jostle governments into doing their bidding. The arbitration process can set litigants back millions – sometimes even tens of millions – of euros, pricing out all but the biggest businesses from benefiting from the low-hanging spoils. Meanwhile, local governments in Europe and the U.S. would suddenly find themselves prohibited by corporate law from providing support to small, local businesses.

A new study by Osgoode Law School’s Gus Van Harten has shown that even for the smaller companies and investors that have used the arbitration process, any winnings they receive are normally wiped out by legal costs. In essence, corporate courts act to redistribute income from the public purse to the largest and richest entities in the world, with almost 95% of the $6.7 billion awarded in the 48 cases studied by Van Harten going to “really big corporations” (over $1 billion in annual revenue) and “super rich individuals” (over $100 million in wealth).

In public, many big business lobby groups, such as the Confederation of Business Industry (CBI) and the French-based MEDEF, champion the “significant benefits” that SMEs can expect to enjoy from TTIP. But what they say in private is a whole different matter. In a meeting with senior officials of the European Commission, the CBI conceded that there is no evidence that SMEs will benefit from TTIP.

In a similar vein, the French big business lobby group MEDEF asked the European Commission how it can “reassure the 19 million European SMEs which do not export and which will face increased competition” that everything will be okay once the trade agreement comes into effect. Unfortunately we do not have an answer to that question.

Since work on TTIP commenced five years ago, no study has analyzed the potential costs or benefits for SMEs. But it’s no secret that big businesses on both sides of the Atlantic stand firmly behind the trade agreement, and that the largest among them will be the biggest beneficiaries from the deal. After all, they’re the ones who wrote it, as Maltese MEP Alfred Sant warns:

The powers behind it are the multinationals… and where can it go? We’re moving towards a global economy with a few oligarchs at its helm. I don’t see how it’s going to help SMEs.

But it isn’t meant to help SMEs. It’s meant to help multinationals. And if SMEs get trampled, so be it. By Don Quijones, Raging Bull-Shit.

Things are likely to get a whole lot uglier in Spain. Read… “Everything Has Come to a Standstill”: Political Fallout Hits Business in Spain

For a better understanding on how the global economy will sink, think of Titanic. The geniuses of their day thought the ship was unsinkable. The power of an illusion stays fast even as the decks slip beneath the waves. Nations and regions act as compartments on a ship. They protect an area from harm from any damaging circumstance in another compartment. In the Titanic, the ship could float with any three compartments flooded. However, the bulkheads didn't completely enclose the compartment from the top deck. As they filled, the water flowed over the top to the next in a chain reaction. Dominoes are used in economic illustrations of collapsing economies. A wise engineer understands the value of compartmentalization today. In some circumstances they advocate double hulls. It's like that with economic contagion as it's called. Without trade barriers, it spreads. In disease models we use the term quarantine.

These concepts are hard and fast protection from harm. The free trade models have removed the barriers. Any issue in one region can and will spread to others. There is no protection. The most dangerous compartment is China. The flaws in the casino economy are the world's as well. Every risk and fault will spread through the entire system. The collapse of the global economy will model the sinking of the Titanic. The worst damaged economies will go under first. There will be flights to safety. The last bastion currency will be the world reserve one the U.S. dollar. Think of it as the stern. Imagine how safe you really are as the last to drown. You still drown.

Hanging on to the safe haven the U.S. dollar

The primary cause for this total global collapse will be the free trade mantra. All the evils of crony capitalism are now at play and on the move through every region. Like the Titanic, the only conclusion we offer is this ship will founder. The Captain has no idea about compartmentalization. He is in fact ordering the opening of more bulkheads as the puppet of crony capitalism. Twenty percent of market wealth has been eliminated. More is going down the hole every moment, and still the man on the bridge cannot see the problem. There are no orders to prepare the lifeboats. Only those who understand the dynamics have prepared. The Captain will still maintain the course and speed sinking the ship till she founders. There may be a moment of understanding as he goes down with her. There will be no order as the last gasp occurs every man for himself. Those who understand are the plunge protection team. If the Captain won't heed the call, prepare yourselves for the sinking. It will buy you time and perhaps save your life. I would expect at least a 30 day period without banks, money or credit. It could go longer and a 90 day reserve of everything you need might very well be the minimum. The strong survive. The weak perish. Be strong. Think for yourself. Don't let the liars who told us the ship was unsinkable do it for you. 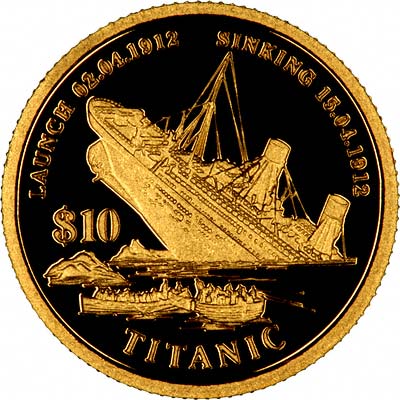 It was always wise to hedge your wealth in age old real wealth precious metals. Ten per cent was a common amount. In this environment a bare minimum. It will be last man standing as the decks fall away from your feet. Believe the promises and the lies or prepare yourself.