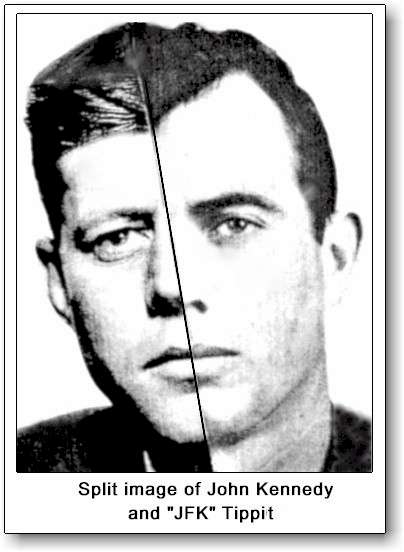 Some researchers have even gone so far as to speculate that J.D. Tippit was killed so that his body might be used by the other JFK conspirators to fake JFK’s autopsy photos. Tippit’s body had a small headwound , while JFK’s head had a massive headwound. The fallen policeman’s corpse matched better with the Warren Commission and Arlen Specter’s lone gunman theory while the extra set of X-rays could be used to confound the doctors involved in assessing JFK’s true wounds from multiple shooters. Additionally, there was actually a time when both bodies were at Parkland Hospital. Some even allege that J.D. Tippit’s body now lies in JFK’s grave at Arlington National Cemetery, with JFK’s corpse in Tippit’s grave in one final brazen act of defilement! 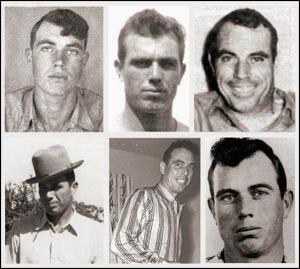 ‘Tippit’s car was the one that stopped at Oswald’s house and beeped, and then picked him up down the street.’ Harrison Edward Livingstone, High Treason, 1990

‘Tippit was shot by two men, one of whom was Billy Seymour…six witnesses, ignored by the Warren Commission, saw two men shoot Tippit. One of them resembled Oswald…Seymour ran toward the Texas Theater.’ –Richard Sprague, The Taking of America 1-2-3, 1976

‘The CIA had selected White and Tippit(sent in separate cars, with Billy Seymour lying down in the backseat of Roscoe White’s vehicle to keep from being spotted)…Under the guise of self-defense and in the line of duty they were to murder the ‘lone gunman.’ However, Tippit had wavered…allowing Oswald to escape. Thus, White had been forced to kill his partner.’ – Sam Giancana and Chuck Giancana, Double Cross, 1991

J.D. Tippit was a dirty cop who knew Oswald and Jack Ruby and a JFK assassination conspirator in a non-shooting role. Witness Gordon Arnold described encountering 2 cops seconds after the assassination on the grassy knoll. One had ‘dirty hands’ while the other was ‘crying’ and holding a rifle. One of the cops kicked Arnold and took his camera film of JFK’s motorcade. These two cops were likely Roscoe White (wearing a DPD uniform without a hat) and J.D. Tippit. Roscoe White claimed to have been one of the JFK shooters in his diary, while Tippit may have been there to keep nosy potential eyewitnesses and people with cameras away from the grassy knoll area before and after the assassination. No one can pin down his exact whereabouts until approximately 12:40 PM that afternoon, while JFK was killed at 12:30.

4 witnesses at the Dobbs House restaurant in Dallas recalled that J.D. Tippit and Lee Harvey Oswald were acquaintances and were seen eating breakfast there on many occasions. Additionally, witness Earl Crater said that he had seen Oswald, Jack Ruby and Tippit eat breakfast together at the Pig and Whistle restaurant on numerous occasions. Tippit may have been under the impression that his role would be to act as interference on the grassy knoll and then to drive the real Oswald to nearby Red Bird Airport to catch a flight out of the area. Author Anthony Summers mentioned in his book, Conspiracy, that the doomed officer may have been compromised and roped into the conspiracy after he impregnated another man’s wife. Tippit may have balked and wavered at the assignment to kill his friend Oswald when he was informed of the last minute change of plans.

Witnesses reported seeing Tippit run into a records shop to use the phone around 1PM, before rushing back to his car. Witness James Andrews actually reported being cut off and pulled over by Tippit who looked in the backseat floor area for something in his vehicle(was he trying to identify his fellow conspirators?). Tippit may have actually picked up the real Oswald and driven him to the Texas Theater that day before doubling back to that same neighborhood where he would be shot and killed by Roscoe White and Oswald lookalike, Billy Seymour. The real Oswald arrived at the Texas Theater between 1:00 and 1:07 according to witness, Butch Burroughs, while Tippit was not shot until 1:15 PM.

‘It has been stated that Tippit’s body was lost for an hour and that during this time, conspirators switched the body of the dead police officer with that of the late President.’ – researcher Bill Drenas, Tippit After the Murder, 1998.

‘Liggett’s younger brother John, now deceased, was a mortuary worker in Dallas when Kennedy was shot in November 1963. A former wife of John Liggett said her husband was called to Parkland Hospital, where the president was taken after he was shot in 1963, according to the show. She said she thinks her ex-husband used his skills at preparing bodies to do something to Kennedy’s corpse.’ – Grace Murphy, The Vero Beach Herald, 3/19/05.

‘Dishonest autopsy photographs were created; skull x-rays were altered; the contents of the autopsy report changed over time as different versions were produced; and the brain photographs in the National Archives cannot be photographs of President Kennedy’s brain—they are fraudulent, substitute images of someone else’s brain.’ – Douglas Horne, Inside the Assassination Records Review Board, 2009.