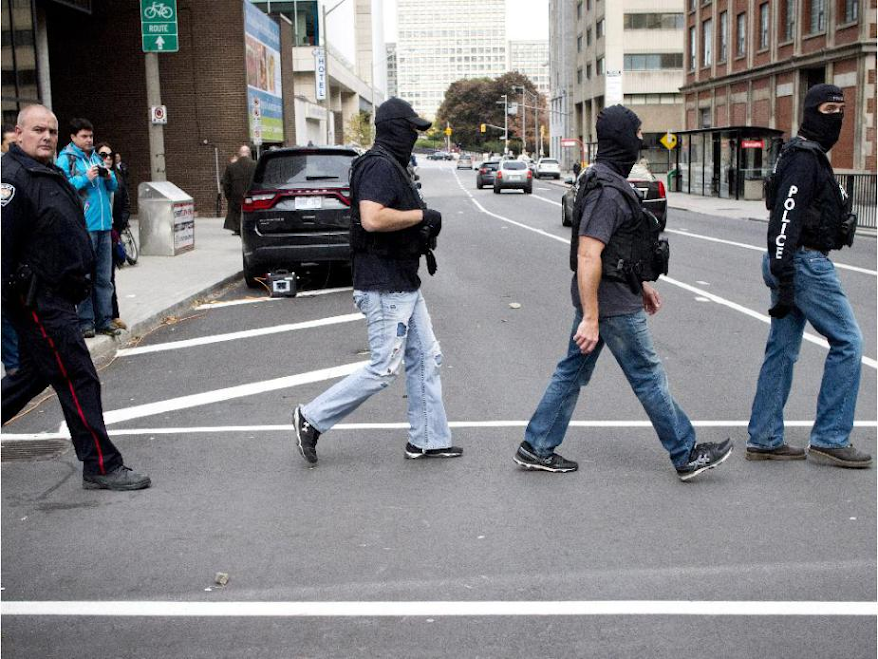 Are these the culprits in the other shooting events reported in Ottawa crossing the street in the manner The Beatles did on their Abbey Road album cover? 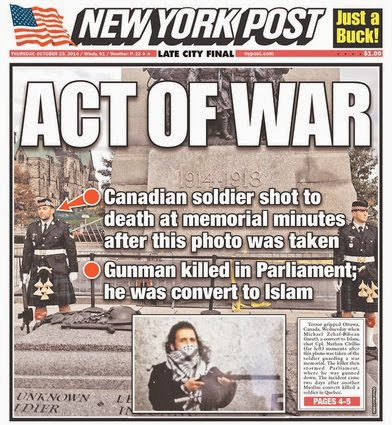 There's only one problem with this picture. Cirillo was standing at left.

But he's fallen on the right. His partner Cpl. Brandon Stevenson the hero who chased after the brazen gunman isn't wearing the dress uniform of the Argyll and Sutherland Highlanders. News reports said he returned to give first aid. There have been little mention of Brandon in the media. There are very few pictures of our survivor and hero. 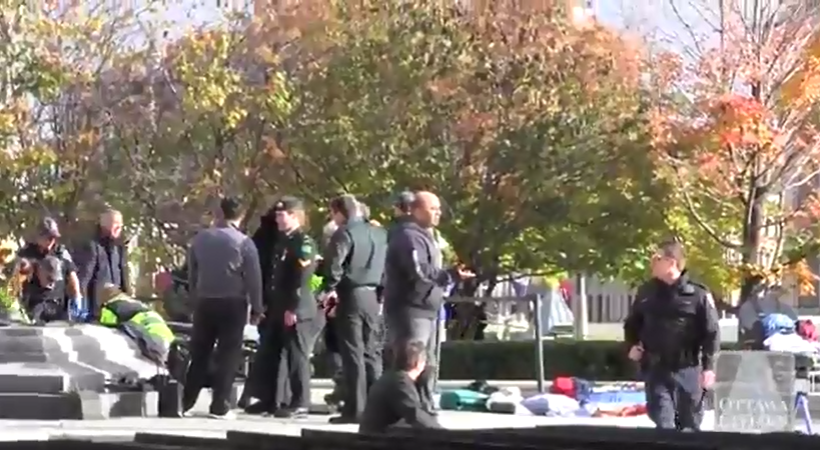 We seem to have a problem here too. The people in the background are different. It could be shift change. Or perhaps the image below has a computer generated background, and that's why there's no alarm among them.

HAVE YOU SEEN THESE MEN? ARE THEY CRISIS ACTORS? 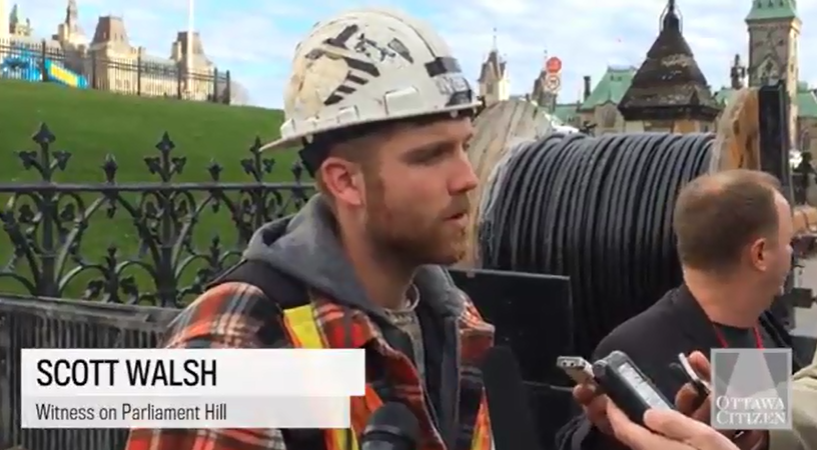 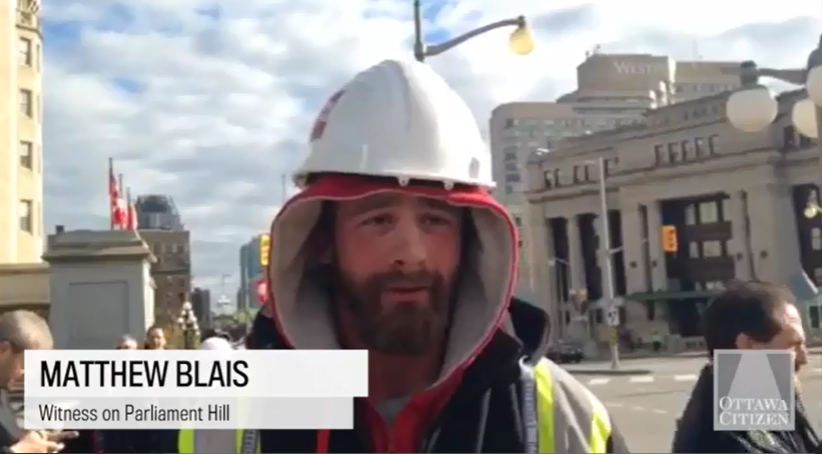 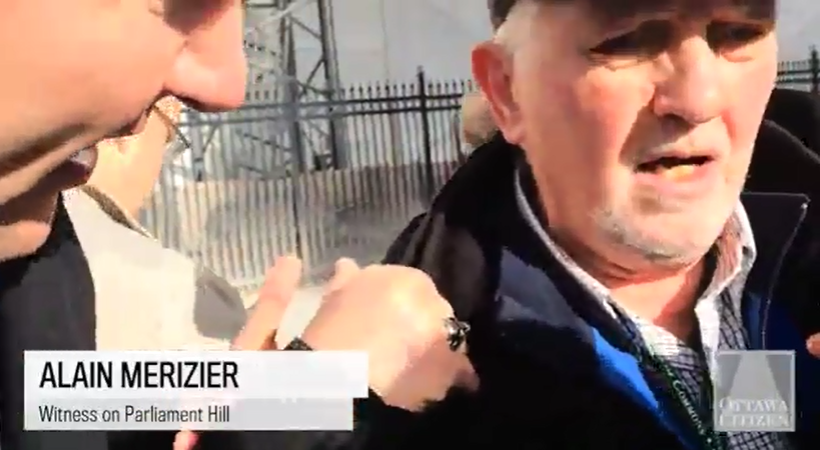