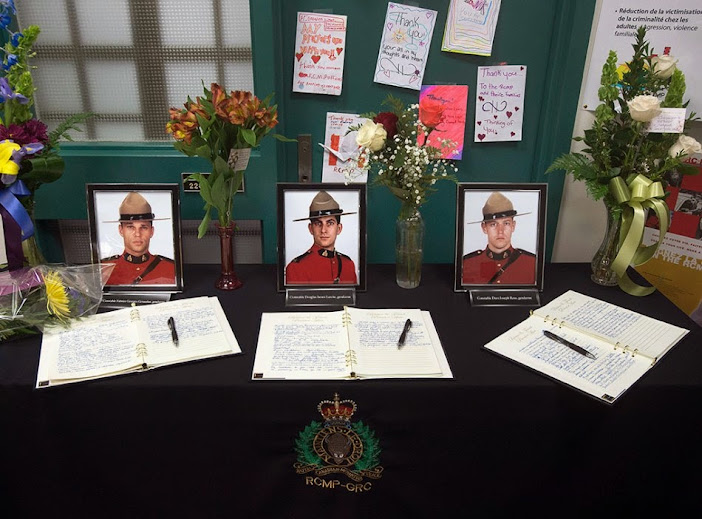 There are crimes of men that have little to no explanation. The execution of three RCMP officers the other day is a prime example. The story line is that a young man on the edge named Justin Bourque lost it and went on a one man shooting spree with a high powered rifle. Though reported to be a little strange, his friends thought this totally out of character. Not one to shy away from deeper conspiracies, we did postulate that the officers Const. Fabrice Georges Gevaudan, Const. Douglas James Larche and Const. David Joseph Ross might have been victims of a broader plot. It is not uncommon for police officers to be silenced by murder from time to time. If this was the case here what could they have known that would merit assassination in the small New Brunswick town of Moncton? The answer is as startling as it is immense. It could involve the disappearance of 1,200 native women and the murder of a Halifax university student writing a thesis on the crimes. 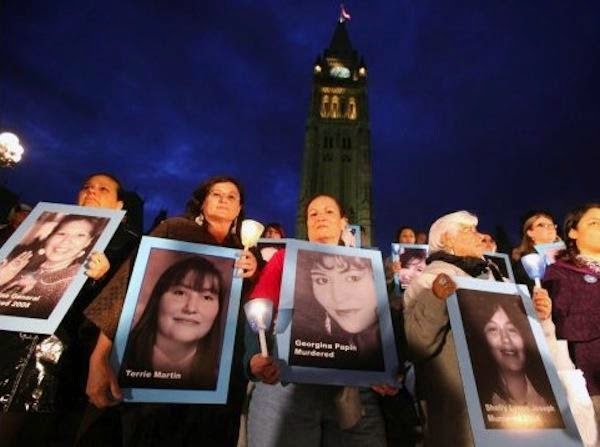 One of several vigils held annually to honor and call for an inquiry into the murders and disappearances of aboriginal women in Canada.
You see for many long years women from aboriginal communities have disappeared all across Canada. The issue is so endemic that people have massed before Parliament to demand action. Of course there will be none. The 'conspiracy' behind the issue is that they have been murdered after sordid uses by the power elites that can well be termed untouchables. It is no stretch really. A senior Canadian military officer was convicted of murder and serial rape here in Ontario. Colonel Russell Williams was a base commander and the Prime Minister's personal pilot. Then there are the sexual abuse allegations of aboriginal children from sea to shining sea by the church under the auspices of the government. Some people are of the opinion that the power elites actually murder these women and view what are termed snuff films. On the west coast the notorious Robert Picton has been linked to such crimes with allegations of sordid co-operation of members of the RCMP. In fact one of their own officers said her colleagues actually said, “They wanted to see Willie Pickton escape from prison, track me down and strip me naked, string me up on a meat hook and gut me like a pig.” 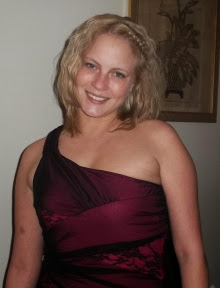 Young Miss Saunders disappeared from her Halifax residence February 13. She was enrolled at Saint Mary's University where she was researching missing native women as part of her thesis project. I would suspect she found out more truths than she bargained for and was put to death. Her car was discovered in Windsor, Ontario. Her body was discovered alongside the Trans Canada Highway near the hamlet of Salisbury, New Brunswick. The nearest town of course would be Moncton. The police there would be privy to the investigation and most likely even attended the scene. Loretta's parents had much to say about the investigation of their daughter's disappearance and murder. They were not at all happy with the Halifax police investigation. It may be quite likely she was a high level execution. 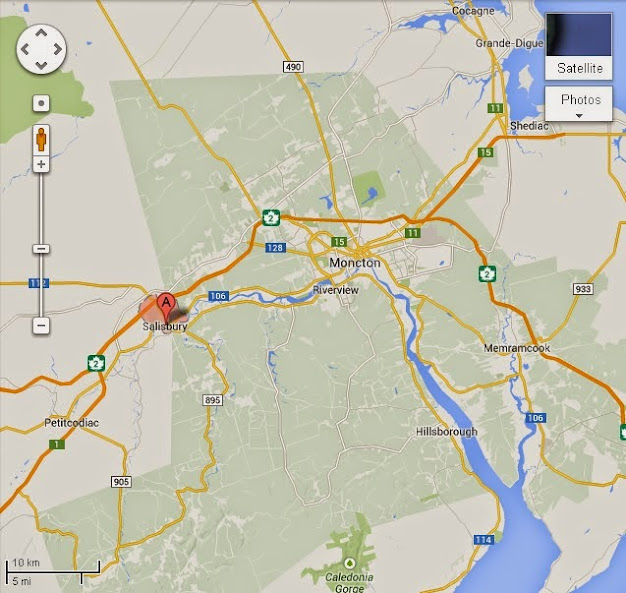 Salisbury is a short distance from Moncton

In reviewing the bios of the murdered officers I find that they were all model coppers. They were dedicated and brave. If there is a problem it would quite likely be that they wouldn't tolerate malfeasance. Working in a smaller community you'd be immune from the real world politics of policing the power elite. This is as back to basics as it gets. It's like being the country doctor. You're loved and respected and are part of a family environment. It doesn't get any better unless of course somebody dumps a body on the side of the road. Then your world can get turned upside down. You are not alone. You have colleagues. You will stand united for truth and justice. However, you don't realize how big the monster really is. It decides to have you eliminated. A 'madman' is engaged. The rest is on the evening news. 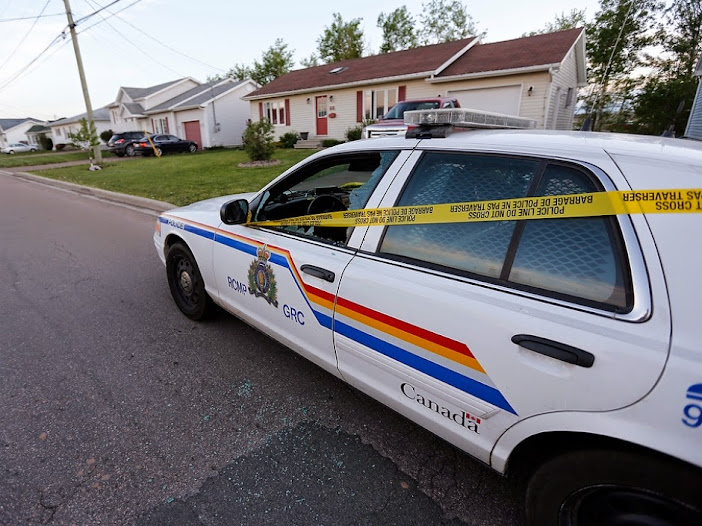 This was some kind of assassination. A lone gunman with no military training walks in the open and shoots five highly trained police officers. Was he a closet Rambo or Jason Bourne or were there other shooters? That was some assault by any standard. We don't shy away from the broader issues. Is this a portion of a grander conspiracy concerning the disappearance and probable murder of 1,200 aboriginal women? That's my spin on the issue. It wasn't a random act. It was a well orchestrated assault. There is only one defence, and that requires you to change the channel. The power elites control the media. They won't even look into the issue of the missing women. It might have implicated the Prime Minister's pilot a little too soon. It was a dedicated copper from rural Ontario that made the case stick. The rest is grist for the memory hole. 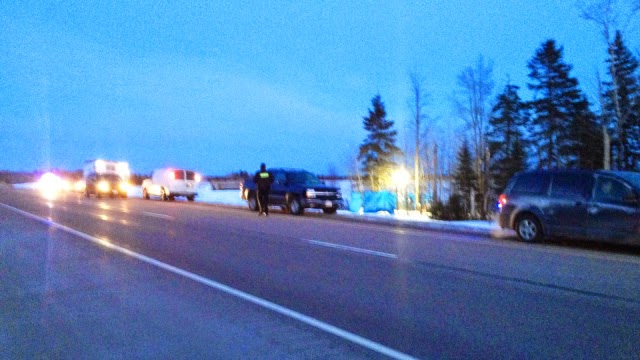 Loretta Saunders' crime scene on the highway outside of Moncton