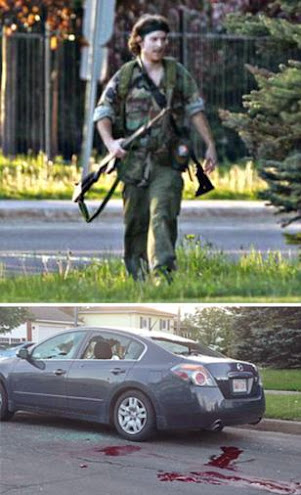 A one man army terrorized the eastern Canadian city of Moncton yesterday. A 24 year old man named Justin Bourque set off on a Rambo mission to slay several RCMP officers and wound two more. The airwaves are alive with thought and opinion, but no one has even come close to the true causes of the massacre. They are legion. They are part of the schism that exists in the world today. There are the have and the have nots. There are those who know what is happening in the world and those that know not. 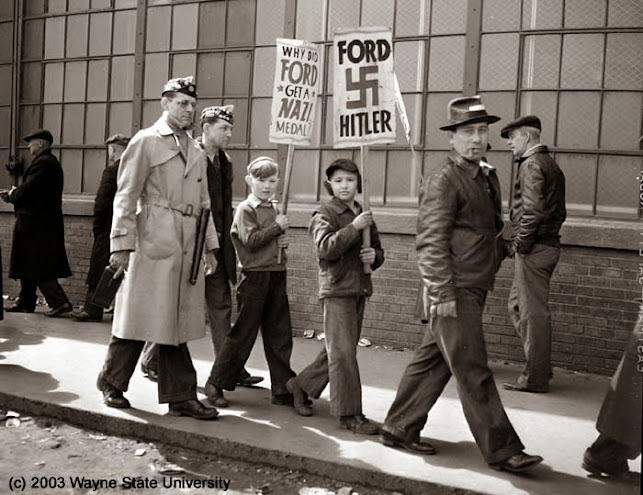 To a great extent it is our own fault that we have let the debates be decided in a corporate controlled media through sequestration of information. We are just flat out not told of the most important issues facing the world and civilization as we understand it. With the limited knowledge base, we make decisions. It is a system of control that is well called the propaganda matrix. Many break free and touch abject truths. There are many. Corporate media vassals are quick to label them conspiracy theories. We have been lied to for years. We have been inculcated with disinformation in our schools and popular histories. On the eve of D Day and the liberation of Europe, we were programed to believe that there was a good guy and a bad guy, and we were of course the good guy. 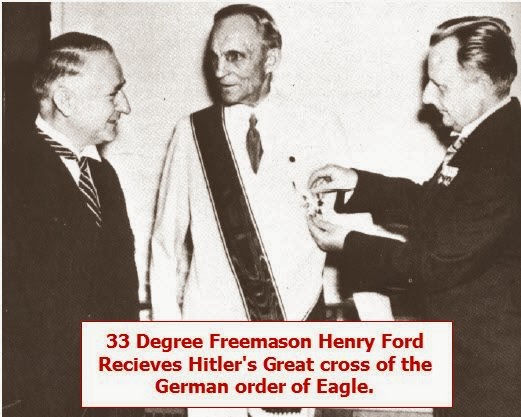 We were never taught the truth of Adolf Hitler's rise to power and the economic miracle of his fascist government. First and foremost it was New York and London financial interests that bank rolled his election, and yes he was elected on a platform of change. His mission was to ultimately invade Russia and capture the oil and gas fields that Comrade Stalin nationalized. These fine details are left out of the public school curriculums for some strange reason. The main reason there was a severe depression in the United States and most of the rest of the world was the fact that 70% of Wall Street's investment dollars went to Berlin. It wasn't the stock market crash that caused the depression of the 1930's. It was capital flight. So based on a giant fabrication, economists are still trying to solve the problems of the world with free trade deals that formulate fantastic amounts of capital flight. Economies falter and no one understands why. Their response is more free trade. It's like the bloodletting theory in medicine. Based on a false paradigm, when the patient does not recover it is not because we have erred, it is because we haven't bled them enough.

Some people know these things and are part of the knowledge schism. The majority of the world craves gossip and pop culture. They are doomed in their blissful ignorance. Our leaders are totally under the control of the Bilderberg Group a global control mechanism founded by a former SS officer who just happened to marry into the Dutch royal family, and why not? It was Royal Dutch Shell that lost their oil wells. Its Chairman Sir Henri Deterding now long forgotten was the Napoleon of Oil in his day. He made deals with Hitler and set the stage for a war he didn't live to see. Of course we confuse the issue with facts. The world is ruled with errant factoids not cold, hard truths. The truth is Canada's Prime Minister Stephen Harper is a lackie to the Bilderberg Group. In a classic example of global insanity the man who takes his commands from the fascist elite will attend the D Day anniversary ceremonies and lament the sacrifice. 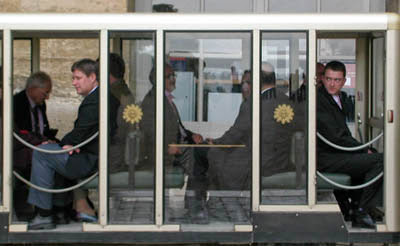 Stephen Harper's first trip to Bilderberg. Satan said to Jesus all this can be yours if you say YES!
What is a young person to do? Faced with the knowledge the world is rapidly and rabidly organizing into a fascist world police state how does one react? The best solution is to change the channel. Mass communication will defeat the monster if given the chance. Support alternative media so they may manifest. The pen is mightier than the sword or gun. All you have to do is wield it. 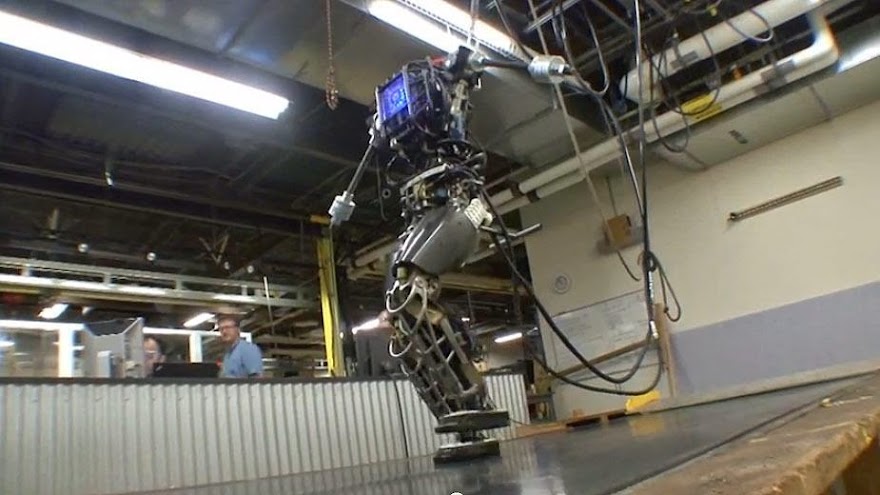 DARPA'S first Robocop Terminator
One of the most tragic catalysts to the story is the governments we think represent us are selling us out to corporations for other more powerful free trade agreements like the Trans Pacific Partnership and the Comprehensive Economic and Trade Agreement (CETA). These deals are made in secret and pulverize labour laws and are said to enshrine the framework for corporate rule. Governments and their legislatures will become redundant. Of course the people will be reduced to servitude even footing the bill for the inversion of power as worker slaves financing lost profits. If you had the slightest inkling of these measures you would understand the world is at the brink and storm the Bastille yourself. We are all to be victims to this enormous police state. That includes the police and the army that protects the fascist elites. The war is ultimately on God and his creation MAN. He is to be destroyed. Robotics will make the police and military redundant soon. They will be cast upon the rest of us for termination or re-education. That is the shame of brother killing brother. We are all to becomes victims to this over time. Some will go sooner than others.

The power elite are destroying the DNA of life on the planet with genetic modification. That is no joke. That is no conspiracy. That is a fact. The power elite are at the present developing microprocessors for insertion into the human brain for total domination and control of the worker slave. You will be a collective almost like the Borg from Star Trek. We can learn in time to seize control of the reins of power by just acquiring knowledge. Aware of the trap, we can make wiser choices and hold our vassals responsible for their treason. There is still time. It will take determination and courage. Our man Justin may well be the first in a long of people who will refuse to be part of the New World Order. The reason is simple and obvious. If we can't talk it out, then we're are compelled to fight it out. The strangle hold on free speech in large public forums will doom the very elites that prevent open dialogue.

The ultimate 'conspiracy' DARPA develops the cerebral implant for the total mark of the beast system
The conflict for who controls the planet in whatever form the New World Order is designed has been the cause of war and social injustice. Again two spheres are vying for the Crown in the form of NATO and the west and the Russian Federation. Conflict will be inevitable as it always was. On the eve of D Day and the anniversary of World War I, have we learned anything or will we blindly follow the path again? How many Rambo's will it take until we learn our history? How many more wars will we fight? That is the lesson on the 70th anniversary of D Day. The next war will be the last one I can assure you. Pick up your pens and FIGHT! If you are unable then listen to another channel. We'll broadcast until the end. It is what God made task for me. 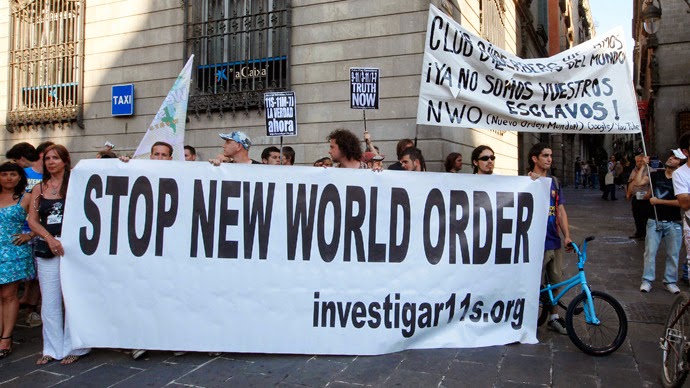 Grassroots activists take to the street