THE CHICAGO PLOT TO ASSASSINATE JFK

There are eras in history that are harbingers of future events - ebbs of time that shape destiny. There can be no greater time than late October, early November 1963 in the pregame warm up to the November 2nd Army Navy game at Soldier Field, Chicago. The President of the United States, John Fitzgerald Kennedy, was to be in attendance. However, it was an ambush. A hit team was assembled and prepared to strike the motorcade as it left the Northwest Expressway as it was known then at Jackson. In the approach to Soldier Field there would have been a tight turn where the motorcade would be forced to slow down. Four men with high powered rifles would be waiting for him. The stage was set. History was prepared for the American coup. President Kennedy was to be caught in a triangulation of fire. Ironically the Northwest Expressway was renamed the Kennedy Expressway after the successful assassination.

In this plot an FBI informant named Lee advised the FBI of the plot. He provided them with actual photographs of the plotters and two names Gonzales and Rodriguez. The head of the Chicago Field Office of the Secret Service was Maurice Martineau. He was told by Secret Service Chief James Rowley to write no reports, assign no case number and send no telexes to head office. He was to communicate to Rowley only by phone. Fortunately there was a special agent personally chosen by President Kennedy working out of that office. He was the Secret Service's first black agent assigned to a Presidential detail. Jack called him "The Jackie Robinson of the Secret Service." His name was Abraham Bolden. He was a former Pinkerton Detective and Illinois State Police Investigator. 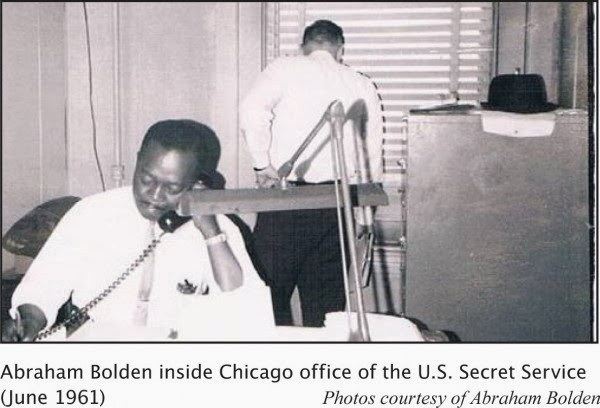 The stage was set. The players were in their positions. As a rule then the FBI did not possess the authority to investigate. Killing the President was not a federal crime. The Secret Service and the Chicago Police were responsible. They were blessed with a miracle tip. A landlady reported men renting rooms armed with rifles with telescopic sights on October 31st. Chicago Police intelligence officers commenced surveillance of the men who also included a former Marine who was even stationed at the U-2 base in Japan that Lee Harvey Oswald was. His name was Thomas Arthur Vallee. He even looked like Lee. 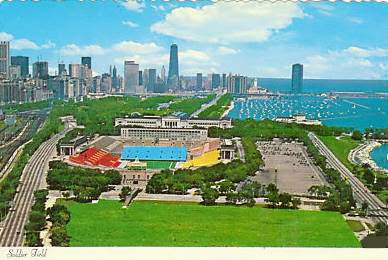 Soldiers Field as it was

On November 1st or game day November 2nd depending on the source Vallee was stopped driving a Ford Falcon New York marker 311 ORF registered to Lee Harvey Oswald. Police reported seeing a hunting knife on the front seat and searched the car. They found explosives, an M-1 rifle and 3,000 rounds of ammunition. Vallee was placed under arrest. His home was searched under duress and other guns and ammunition were seized. He received a years probation and fined $5 for making a turn without signaling. That ticket has been classified for 75 years for National Security reasons. His picture was removed from the file as well. Two of the other plotters were picked up by the Chicago Police. Veteran intelligence officers Daniel Groth and Peter Schurla were the men who arrested Vallee. One became notorious for killing Black Panther members Fred Hampton and Mark Clark. 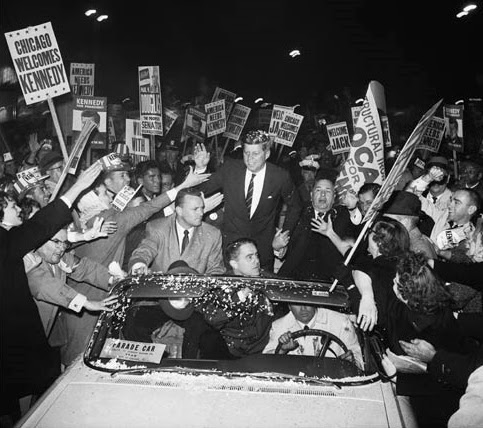 Agent Bolden telexed the Secret Service on the threat to the President. He personally pled the case with Secret Service Director James Rowley and former Director Baughman. He pressed the matter so hard he was framed in a criminal charge where he spent three years in prison before witnesses cracked and told the truth and the Prosecutor pled the 5th before the Judge after he pressed the Warren Commission with the evidence. He has written a book The Echo From Dealy Plaza. He truly is an American hero who lived to tell his tale.

After the rifle was seized the protection of the President became non negotiable. His trip to Chicago was cancelled under the premise of news of the assassination of President Ngo Dinh Diem of South Vietnam. Ultimately Gonsales and Rodriguez were released without charges. Their rifles were returned as well I'm afraid. The Ford Falcon was taken to Dallas by the FBI informant. It was there November 22nd. Lee was still collecting evidence. Admitted plotter James Files met Lee in the Ford Falcon. He insisted on taking more pictures and offered to develop them. The request was refused. This tends to confirm his role as a deep cover agent and future role as a patsy. It was revenge for blowing the whistle in the game code named The Big Event. It was a game that was taken on the road. It followed Kennedy to New Orleans in the previous year. Lee was on duty there too. It went to his next stop Tampa, Florida on November 18th. Fatefully it was waiting for him in Dallas November 22nd at the last stop. The snipers were teamed to catch him in a curve with a triangulation of fire. My blogs include the team photographed on the DAL TEX building torn down to erase its perfect line of fire on the limousine. There was a Gonzalez on that team.

“In a democracy, every citizen, regardless of his interest in politics, “holds office”; every one of us is in a position of responsibility; and, in the final analysis, the kind of government we get depends upon how we fulfill those responsibilities. We, the people, are the boss, and we will get the kind of political leadership, be it good or bad, that we demand and deserve.”

We must remember we are the government. We the people are the government. We contract the services of the Executive, the congress and the courts to administer it through the Constitution. If there is anything we do not teach our children, it is there are four levels of government whose base is the people. If the elected violate the contract the Constitution, then their dominance is ended as null and void. Since We the People are the government, it is our sovereign right to possess arms. Propaganda teaches us to be vassals to the maids and servants. If there is anything to be learned from the assassination, it is that many of those employed by the State are evil in intent and must be held on a short leash like a mad dog. As soon as a record is concealed from We the People, that is a verdict of guilt on whatever postulate that required its display. It was veteran reporter Sherman Skolnick who sued the government for the records of the Chicago plot to assassinate the President. He is gone now. It is our duty to carry the torch. I was proud to have him on my mailing list. We will strike the root of tyranny. It is our troth. The perpetrators of the Kennedy assassination have grown the fruit of the poison tree that became 9/11. Both are the same. Both are treason. Only when every citizen exercises their office will things change for the better. I do it here in cyberspace. My duty is clear. My loyalty is to a higher power. He leads me to the truth no matter how well it is masked. This is living proof.