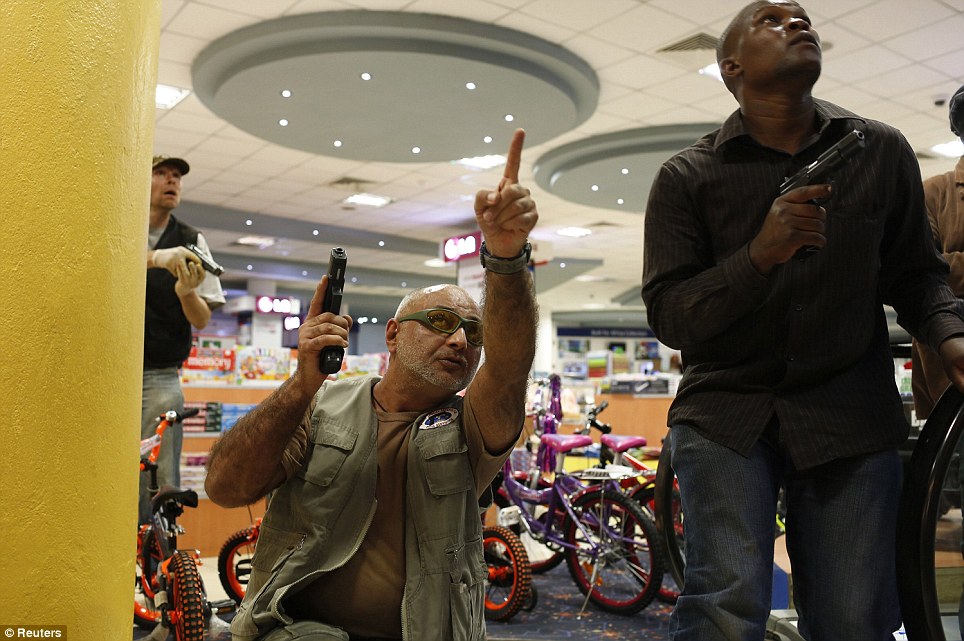 You're in the middle of a gunfight pointing out the terrorist. A photographer stands in the open for the perfect 'shot.'

There is something wrong with this Mall shooting in Kenya. As you go through the pictures, you see perfectly focused pictures taken in perfect light by perfect cameras. Remember you're in a terror attack with many fully automatic AK47's blasting everywhere. You know you need pictures so you stop, stand in the open and photograph all the fine details. The police let you in secure areas to mope around for the perfect exposure. They have you follow along as they do a high risk take down of the Mall under fire just in case they catch one stray round so the news can see the blood splatter. IT DOESN'T MAKE ANY SENSE! 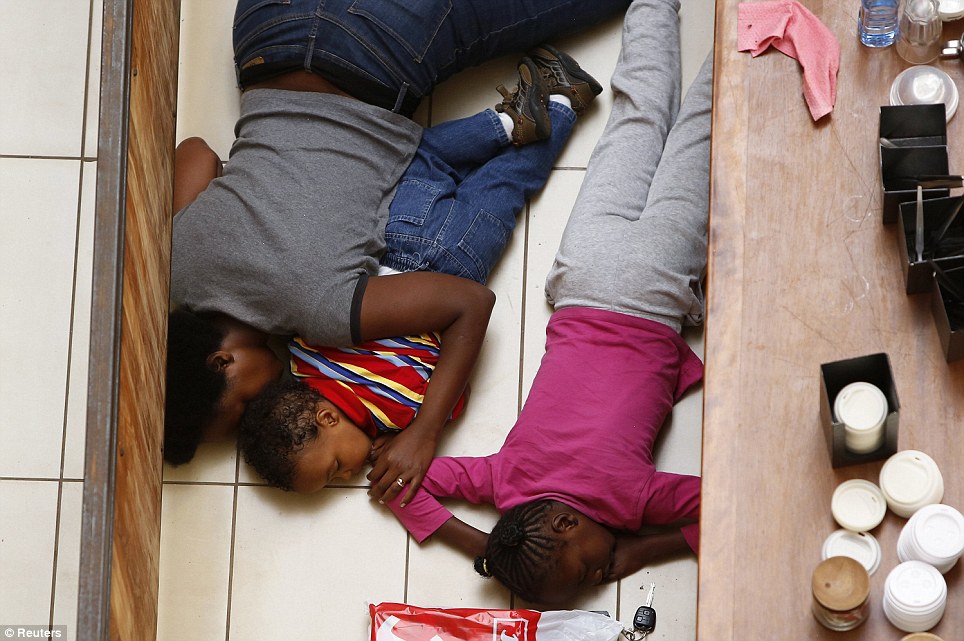 As an extra you get bored with the long wait and fall asleep while the photographers roam around the Mall looking for the best 'shots.' 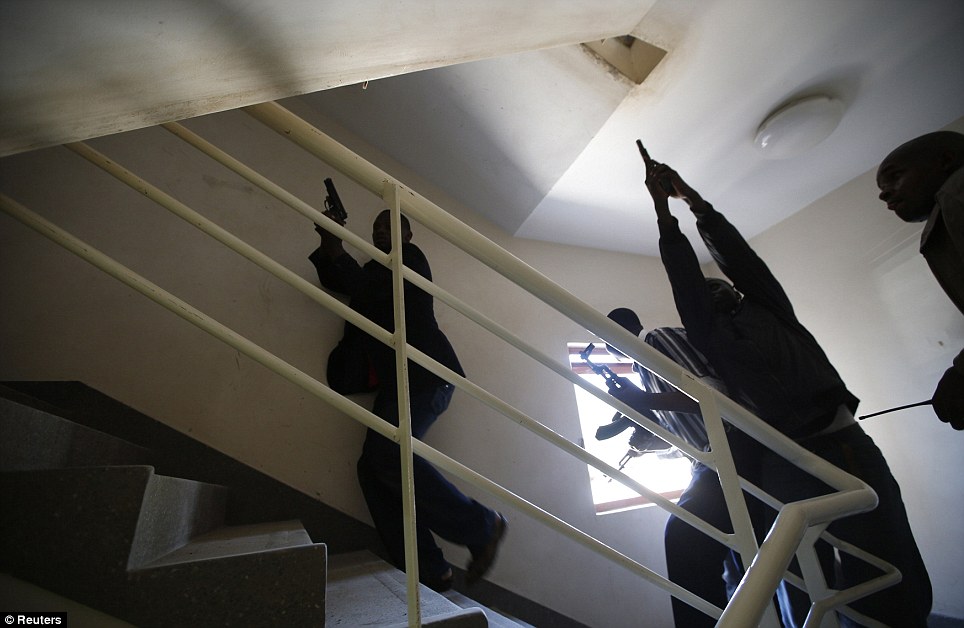 In Kenya we have three photographers for every policeman to follow them everywhere they go just in case we lose one or two in the confrontations in combat. They are on call 24/7. 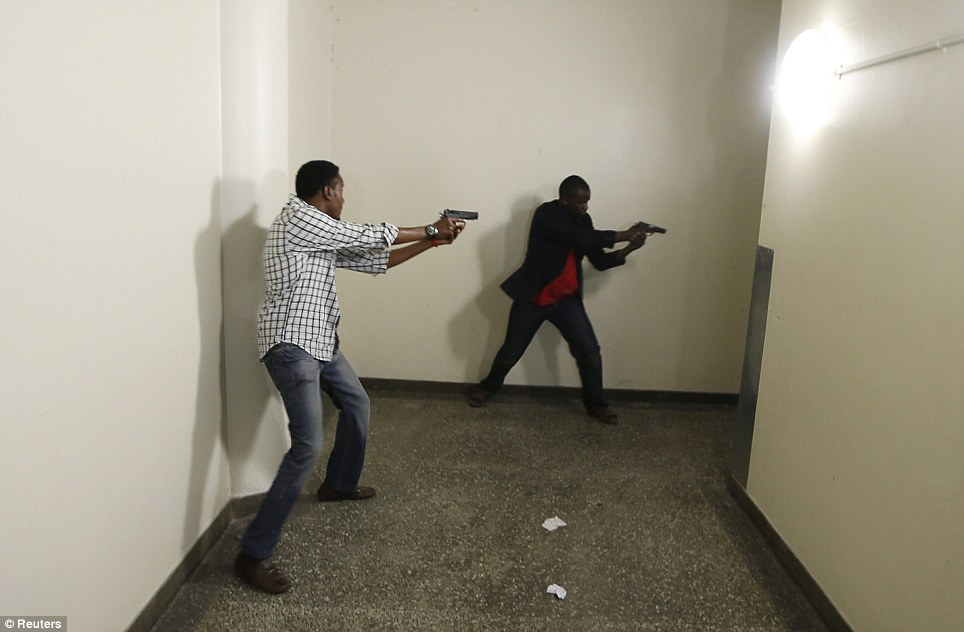 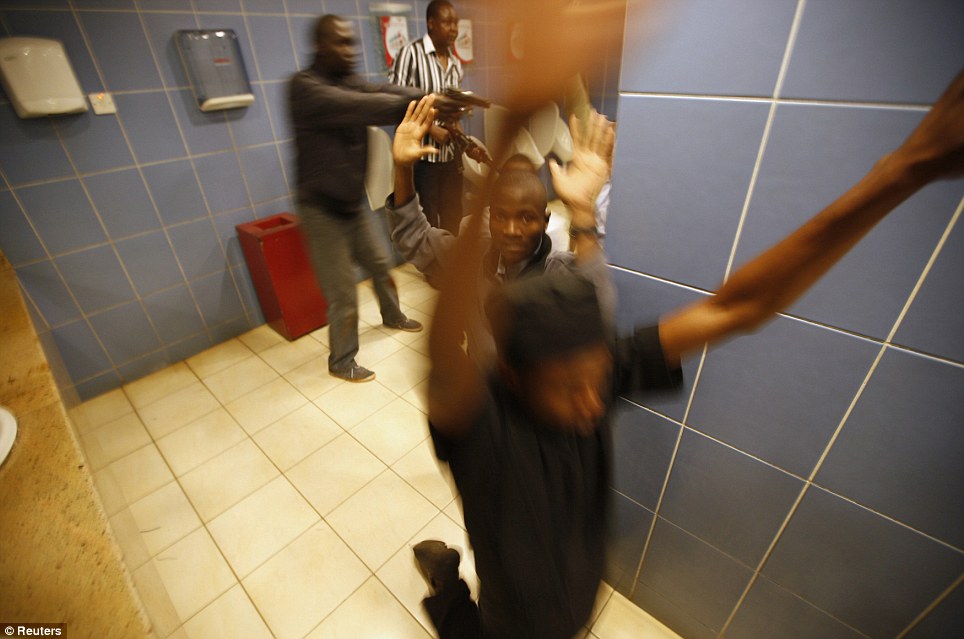 Even in the washrooms we're ready for the action. We don't have to put our hands up. We're photographers. 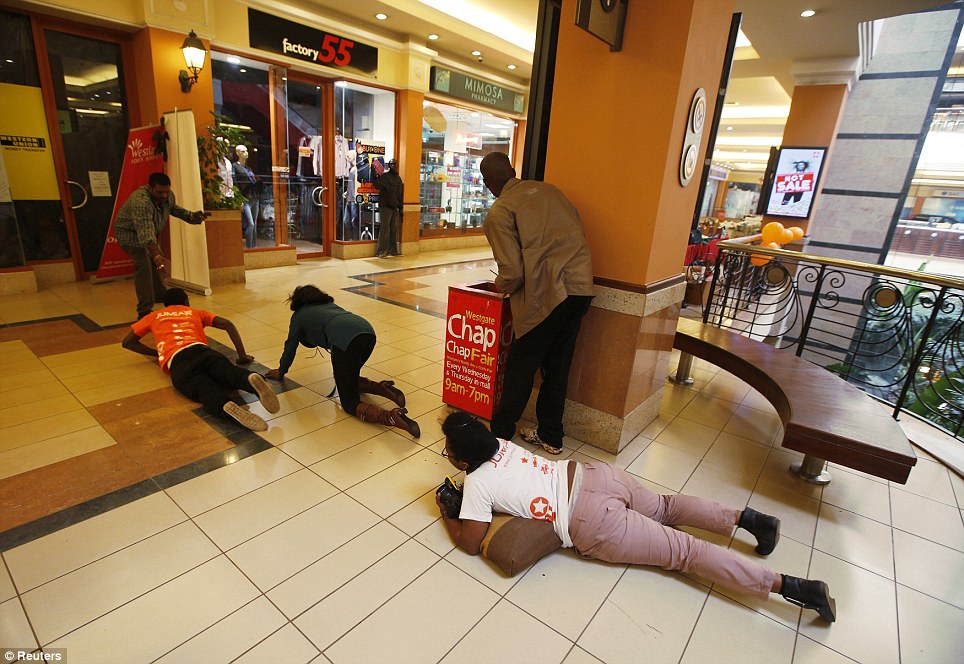 There is nothing to fear photographers are never subject to gunfire. Only the actors have to crawl. We have to get the perfect focus. Cover is for pussies. 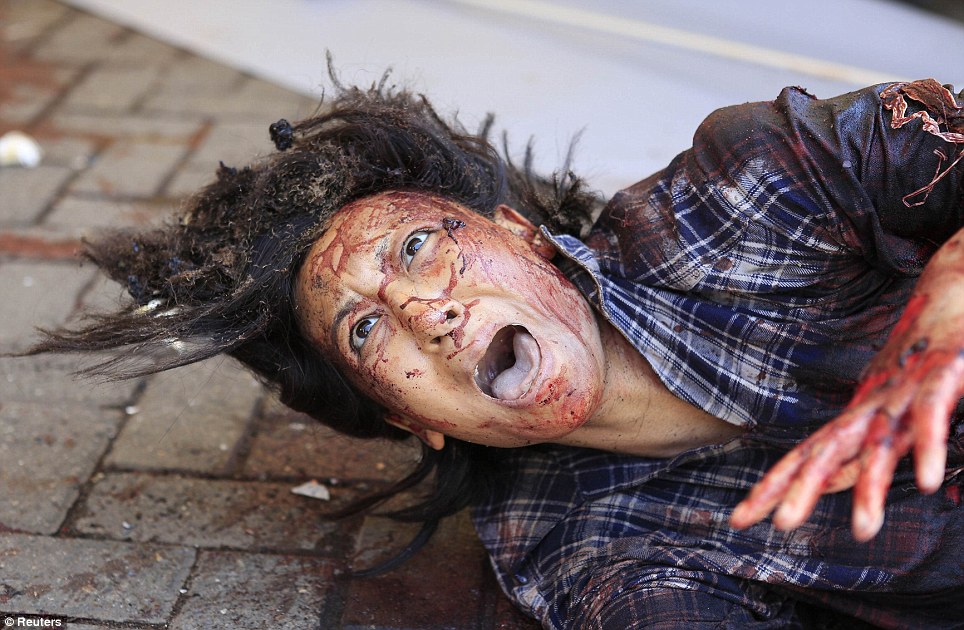 I was an understudy for the Boston Marathon bombing. I got a leading role at the Mall. Notice the blood over the wound has dried. That takes hours. The main point is the eyes. In a trauma case you bleed internally. The whites of the eyes would be red with blood. You bleed from the nose, mouth and the ears even. It is a nice try to for those who believe the lies. 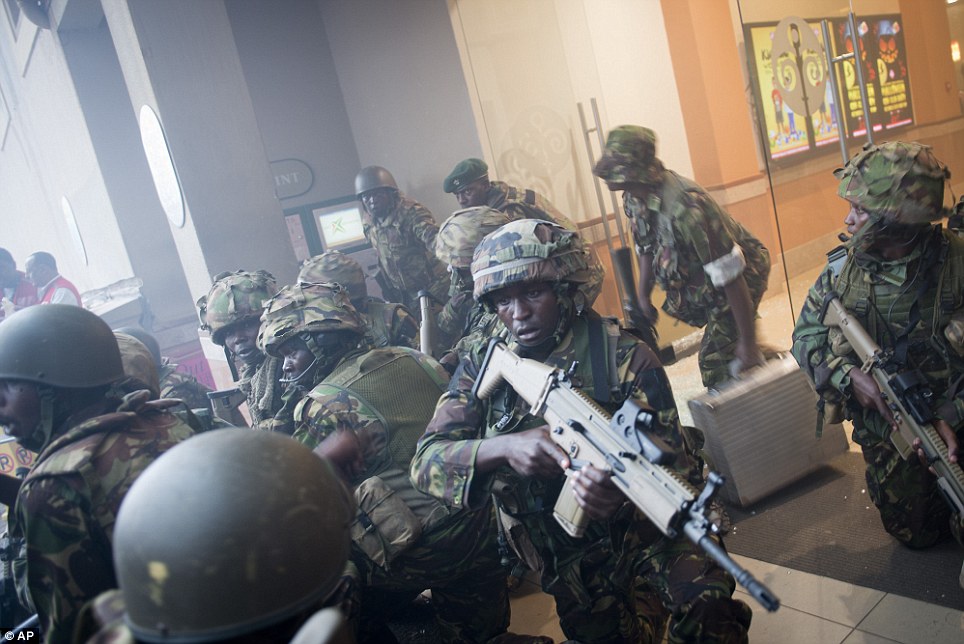 I thought they were supposed to put footprints on the floor to show us where to stand. Ask the man in the red vest in the upper left where we're supposed to go. He's not afraid.

Next time I want to be a photographer. They get to stand up in the face of deadly 'terrorist' fire. Oh well. It's a living. It's a fake.