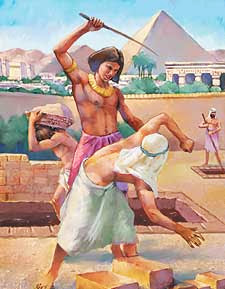 All through history leaders have sought means to control their people. You just can't allow people to think and act freely or they might think they have rights and rebel against the established authority. Workers need a good whippin' every now and then. It would be politically incorrect to use the old cat o' nine tails on a visible minority today.

But wait. There's technology. We can set our Tasers on stun and zap 'em when they get uppity. Excellent Smithers. That will learn 'em. Seniors, the handicapped, children have all been zapped by the police evil scum that they are turning out to be. Freedom means cowering in fear while the man in the black shirt flaunts his power.

Former OPP Commissioner Fantino was very wise to make friends with Homeland Security nominee removed Kerik. He was on the Board of Taser. He was a New York City Police Commissioner who worked for the Saudis in the 80's. But aren't the Saudis being sued by the victims of 9-11? ZAP! No questions doer of the funky chicken. Didn't Kerik take his girlfriend into a rendezvous over the WTC site for the dictation of a life time? ZAP! One more question and we are authorized to use deadly force you terrorist piece of scum. No one questions Pharoah. Not then not now ZAP! ZAP! 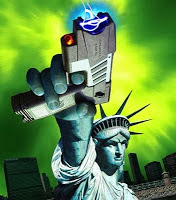 The above was a piece from George's Time Capsule. It is still relevant today. In following the New World Order agenda the people of the Earth are being relegated to slave status. That will become more abundantly clear when it has been determined it is time to reduce the herd of useless eaters. Since the agenda involves never letting a good crisis go to waste, the Ontario government of Kathleen Wynne has decided to implement a new taser policy to allow all officers to be armed with tasers following the shooting death of a young Toronto man and the charging of the officer involved with murder.

The vassals of the New World Order masquerading as representative government have used this crisis to get that old pharaoh's whip back in the hands of the agents of the state. The beauty of it is, like I always allege, they prefer if you beg them for it. After the shooting was all the rage on the internet, protesters demanded action. I don't think that's what they had in mind.

This is Frank Lasser, 82 of Kamloops, B.C. He was tasered in his hospital bed while recovering from bypass surgery by THREE COUNT 'EM THREE RCMP OFFICERS

Now Ontario is prepared to round up the useless eaters for the train ride to paradise without getting too close to the vermin. After all, there is a great track record with taser deaths. Seventeen people have died in taser assaults by police in Canada since their introduction in 2001. Certainly it is the state's primary duty and function to cull the herd of the unwanted or undesirable. In the United States 544 have perished at the hands of Pharaoh's 21st century whip. You can't imagine how hard the rod gets when law enforcement carries this much power. It is a phenomenal torture weapon too. Bernhard Kerik was always having to pop a femme all the time because of it even in Saudi.

This is a BIG MISTAKE! Those in the know understand the rationale. Our police have been seduced to serve Satan while our leaders help themselves to the treasury. Will Kathleen Wynne return the over $500 million lost in the hydro scam by a levy assessed to the Liberal Party? I doubt it. She'll sleep well knowing those who resist the New World Order will squirm in the street if not the hospital bed.