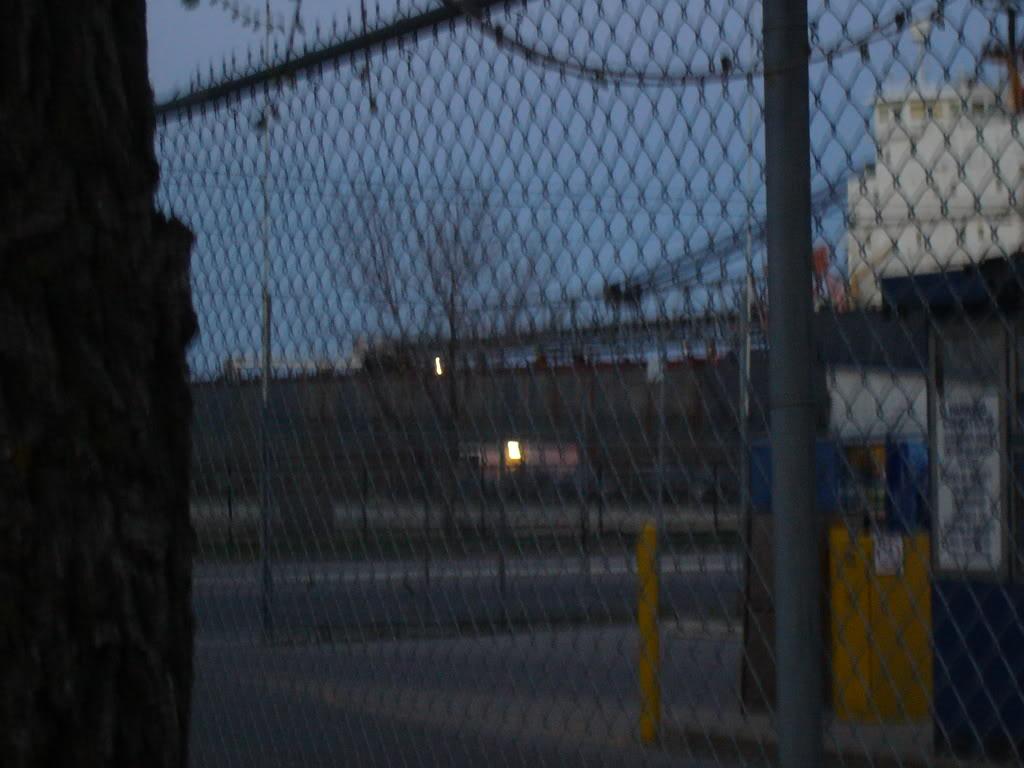 The Algobay loading/unloading explosives late at night on Cherry Street

Yesterday I received a tip from a loyal listener going back to the old 'View From Space' show on AM 640 in Toronto. He told me he was walking along Cherry Street in Toronto where he observed several black GM Suburbans beside a ship that has been docked for many years. He photographed several angles of the activity around the ship. One of the Suburbans advanced upon him. Two big burly occupants demanded his pictures. There were several other similar vehicles nearby. Their occupants appeared to mean business and may have been carrying concealed firearms. The listener co-operated and deleted the pictures from his camera to the satisfaction of the representative of the rising police state. He was fearful that they would take his camera. The man wore a black jacket with the name 'McKinley' on it.

There are numerous ominous overtones to this action. Some person is masquerading as the police or something, making seizure of private property without warrant or authority in law, and scaring citizens as they go about their peaceable business. This is the new Reich we call Canada.

Promptly 'the George' as I have been come to be known went to the scene. On Monday May 1st 2006, I observed numerous Suburbans parked along a ship called the ALGOBAY which is owned by Algoma Central and Upper Lakes Group. Ultimately it is owned by former Prime Minister Paul Martin. There were two black Suburbans on point duty at the entrance to the dock. They were all shiny new and spotless with the typical heavily tinted windows. There were other Suburbans patrolling the streets intercepting interlopers as required. I saw one licence number SS T 01 doing that job. The SS has ominous connotations, but at least they call themselves what they are (Gestapo). It appeared that one wrong move would bring the wrath of hell upon oneself. I was able to get a couple of pictures driving by and concealed across the street. There was a lot of action at the side of the vessel. There were bright lights inside and much loading. Trucks were continually arriving and departing. I have never seen so many Suburbans in my life. It was almost frightening. 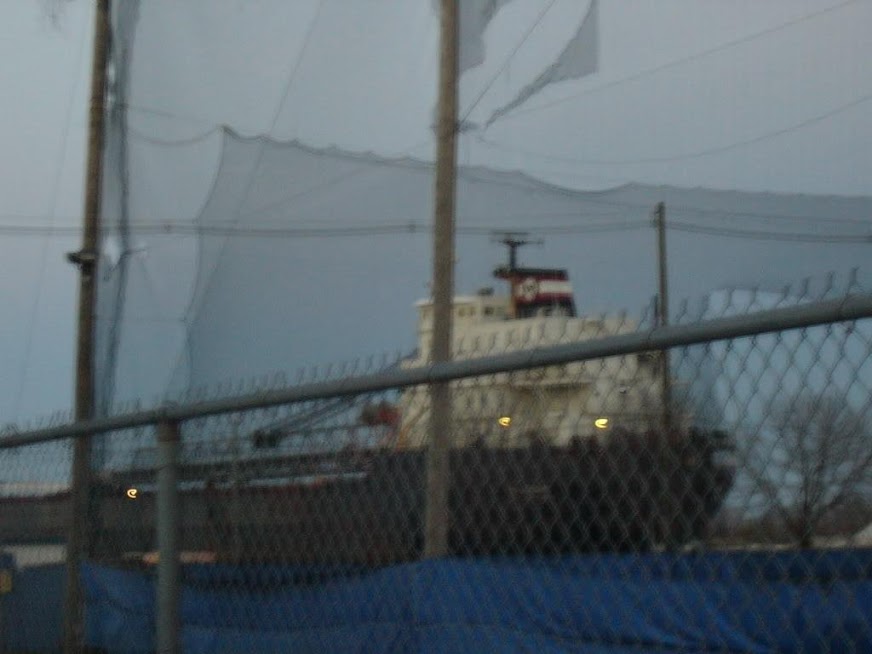 I returned later in the wee hours. The picket duty trucks were right up to the street. There were still about a half dozen trucks at the opened loading bay. There are high fences surrounding the property making it difficult to get near. I approached as close as I could without being observed. I saw numerous arrivals and departures. Many of these trucks were grey Suburbans and heavy pickup trucks with caps all windows heavily tinted. I saw one pulling a trailer. There was a safety sign on the back designating explosives. It was a big trailer capable of handling a good 1/2 ton or more. You tell me what we're blowing up. I saw activity at the nearby armory as well. I followed one of the trucks to the Queens Quay area before I got them nervous. They turned away and I broke off the tail. There were three men inside all looking like soldiers in plain clothes. 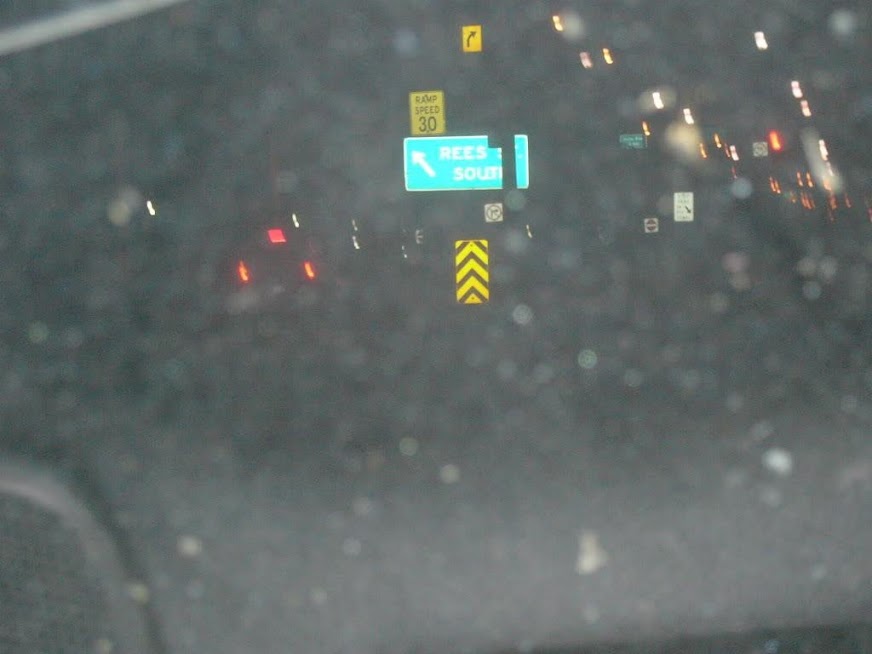 This is the week of Exercise Charging Bison here in Canada. The army is doing a simulated assault on the City of Winnipeg with artillery and air support. Students are being hired to act as demonstrators/insurgents. It sounds like they're training for something special. Here in Toronto they are preparing for something even more special. I see several possibilities.

One is that this is a simple drugs for arms exchange. We know that coffins have been frequently used to transport narcotics from Afghanistan when the Russians invaded. They kept their return concealed from the media's prying eyes like we do now. Four soldiers have just been returned. They were sent to the Centre for Forensic Sciences and been in proximity to these events. Arms could have been stored on the ALGOBAY for return distribution to Afghanistan.

Second is that we have a CIA prison in our midst. The Suburbans round up activists and threats to the NWO and return them for interrogation on board. No one is going to hear you scream there.

Third is the ship is being loaded and prepared to distribute narcotics to the port cities along the Great Lakes which would include numerous large American cities like Chicago where an attack has been forecast before - the Sears Tower specifically. It would be remarkably easy to ship serious harm to the U.S. with ALGOBAY. It is a full size great lakes bulk carrier.

Fourth is an attack preparation to deal with the Indian siege in Caledonia, Ontario. The ship could be loaded with a small army and approach by sea disembarking at or near another port. A source known to me volunteered this scenario claiming the men I saw were RCMP. 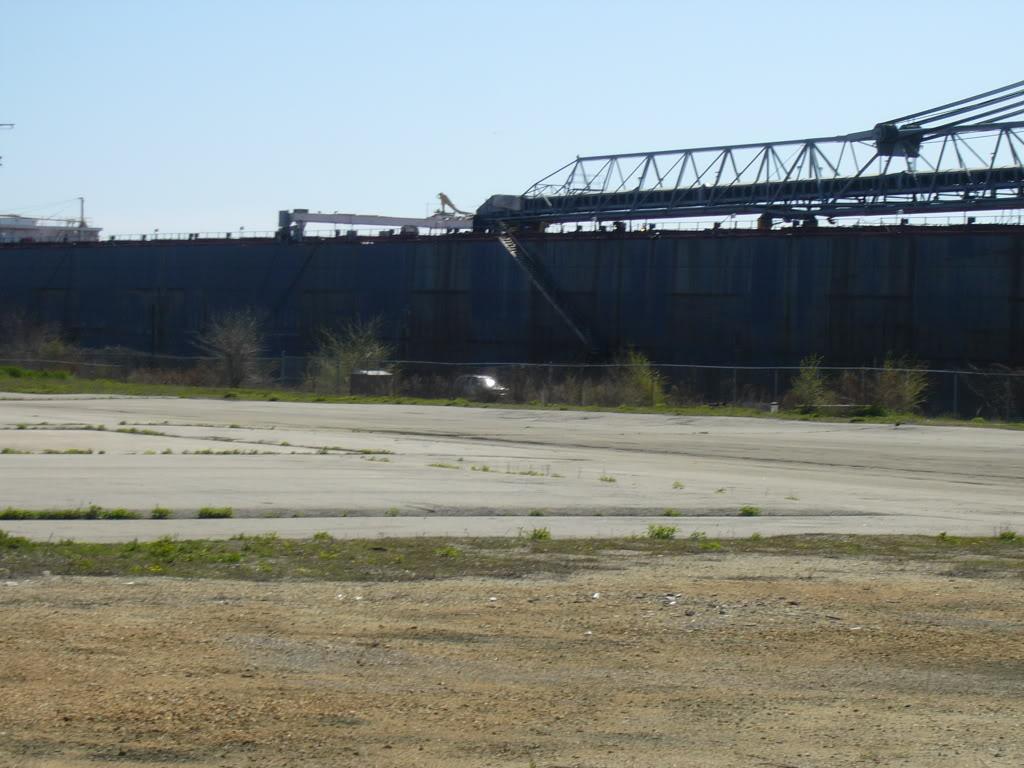 The Operation is shut down BIG TIME after their cover is blown. The gates are locked and the ship is secured. Only one Suburban stands guard

No matter how you slice the pie something wicked this way comes. I brought it up on CFRB and The Power Hour in the U.S. Millions were informed today. I also did a briefing for www.cloakanddagger.de I went back this morning. It appears the operation has been put on hold. There was only one grey Suburban guarding the side of the ship well back from the road. The gates to the dock were locked; the ship was sealed tight. We came very close people - very close. We shut them out with the power of alternative media. Thank God. 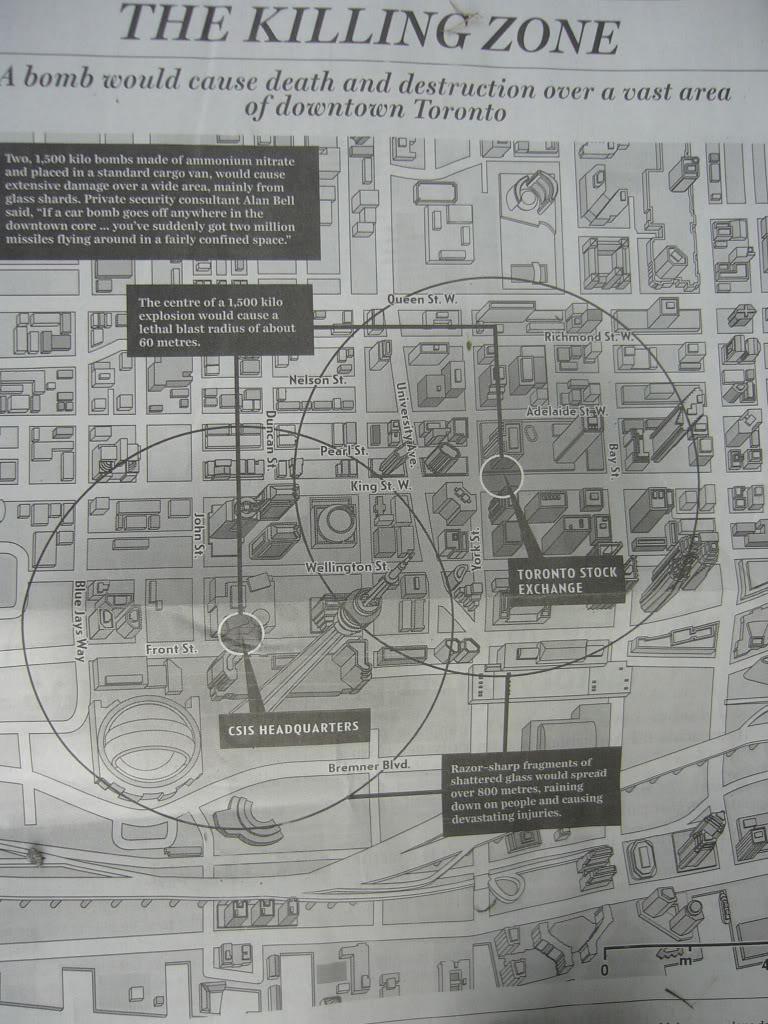 Reading tomorrow's news today, we see there was an attempt to warn those who know to read it what the 'killing zone' was 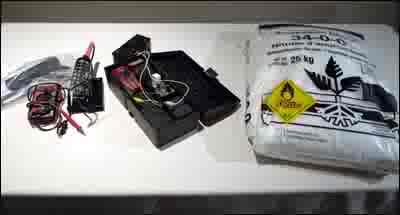 Of course the next option was a false flag terror attack. A month later the police arrested the infamous Toronto 18 in the alleged plot. I believe these suspects were patsies to be set up in possession of an ANFO bomb while the real explosives planted earlier by elements of the security services. As false flag operations go this one was a very, very good one; but God had other plans and faithful, determined advocates who were quite familiar with the trick being put in key positions. They accessed popular media forums and blew the whistle long and hard until there was a TIME OUT called. The police provided the explosives and the gun. They were in complete control of the whole operation. There never was a threat from the 18. It was all street theatre. It was a classic case of entrapment. 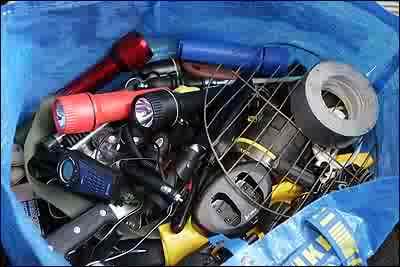 CSIS still claims a moral high road with recordings they have. My answer is what if I tell you I work for the bank. I hire you to test the security in a simulated robbery. Everything's on the up and up. I record you in preparation and training. You say all the buzz words in the script. After I arrest you no one knows it was fake except me, you and the gatepost. The media shouts terror. The courts abound with kangaroos and no one cares. The perfect L7 frame. All the police were sworn under The Official Secrets Act. No one can learn what really happened, but we saw it. They were hauling explosives into the downtown core 'killing zone.' Not a bad story from alternative media. 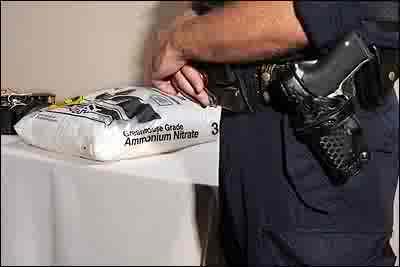 They killed a Freund in the WTC on 9/11. He was a fireman. We don't like killers. We like them less when they masquerade as the protectors of a free state. We know the old tricks to gain support for an unpopular war. You attack yourself, blame the enemy you desire to attack, and let people beg you to do it in a emotional crisis. I guess that's why Christ taught what he taught. You don't get the sucker punch that way. Our leaders have no moral right to legislate violations of the Commandments. They inflict their nations with sin debt. It has to paid. It is the law of the universe. It could happen in a flood. It could be a financial collapse. Worse still it could be the war effect returning upon you like a boomerang. This is the oldest trick in the book. It may be taught at spy school. You have to home school to one up it. Or you can step into the trap. Like glue, it sticks well. Change the channel to That Channel and you get a fighting chance. It's the easiest war you could ever win.

The Algobay was sent to China and rebuilt. It returned to the Great Lakes and popped up on our radar for another false flag in Montreal. We caught that one too. It has since been renamed the Radcliffe R. Latimer. We'll have to dig through the time capsule for a posting on that one. Perhaps it was just co-incidence it docked next to a ship where most of the crew got terribly, terribly sick after a return from Australia's Porten Down. There were clues in tomorrow's paper. We read them. 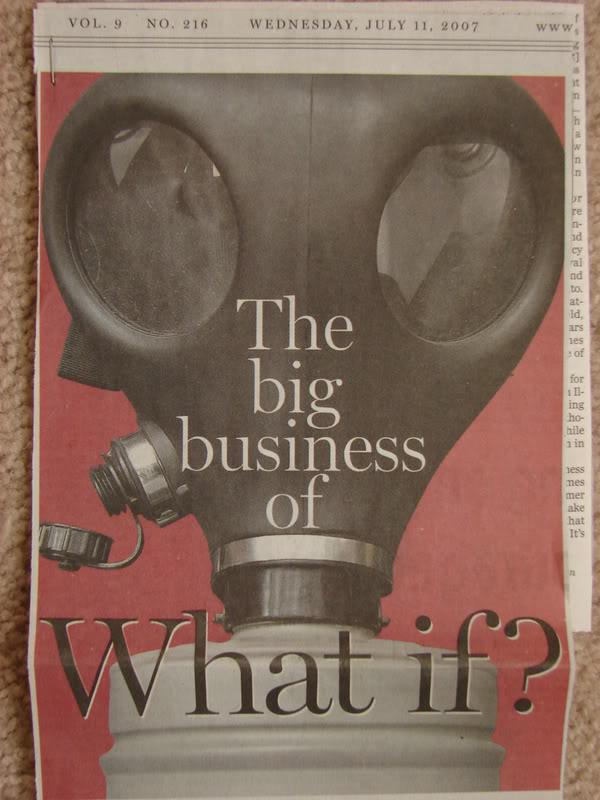