SHADES OF CONSPIRACY IN THE MARATHON BOMBING 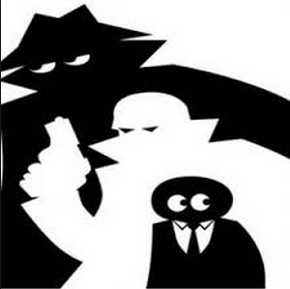 When we peel back the veneer and look deeply into the attack that changed America again, we find that America never changed. An uninterested public has resumed its slumber only to be awoken by a shocking event. In their panic they stampede in whatever direction the orchestrators have created. As an observer of pattern recognition, there can be no doubt there is a familiar pattern. We react like cattle to the cowboy's shot and stampede without a care or concern to the event. However, we are not cattle. We are sentient human beings. We are just deprived of most of the facts that would lead us to see the pattern. It comes from a cult like indoctrination from the barrage of media circling the wagons with the chosen trail of facts to lead the nondiscerning minds over the edge of the cliff. At almost every step we were deceived by the latest factoid of the ever changing script to the event. It takes superhuman effort to separate the chaff from the wheat. We submit to allow others the job. In that vacuum power grows unabated. We reveal some of the questions the corporate borg media flush quickly down the memory hole. If the shoe doesn't fit, show another shoe. Never speak of the previous shoe again. Police cars at the scene of the reported shooting at MIT. Source: Twitter

One glaring shoe involved the murder of MIT policeman Sean Collier. It was stated until his funeral that he attended a disturbance call at a 7/11. It was really a hold up. The Tsarnaev brothers did it. They killed him. The latest addition was they shot him to get his service pistol. Why would they need his pistol? We were told from the beginning they were armed to the teeth blasting at any copper who neared. In the fine print we find that was not true. The Tsarnaev's had one gun and an air pistol which is not deadly by nature or even classified as a firearm in most jurisdictions. So the fact we were led to believe these guys were extremely well armed is a red herring. Further if they shot Collier, they wouldn't need a gun. Why was a campus cop going to a city police call? MIT surely doesn't foot the bill for that or assume the liability of work in another jurisdiction I'm sure. Then the bombshell exploded and no one noticed. Sean Collier was a volunteer at the boxing gym Tamerlan Tsarnaev trained at. GET IT? He must of knew them. The authorities claimed the Tsarnaev's robbed the 7/11. They did not. Margaret Chabris, director of corporate communication at 7 Eleven, stated the surveillance video of the alleged robbery WAS NOT from a 7 Eleven. The suspect did not look like either Tsarnaev. Police Superintendent Timothy Alban corrected his previous comment to say they were at the store, but didn't rob it. Of course the media jihad washed the truth away. What could the truth be? Firstly Officer Collier would know that neither Tamerlan nor his brother Dzhokhar did rob the store. A more likely scenario could be they called the only 'friend' they knew and agreed to meet up. Collier was executed with extreme prejudice. If the Tsarnaevs didn't rob the store perhaps they didn't murder Collier either. 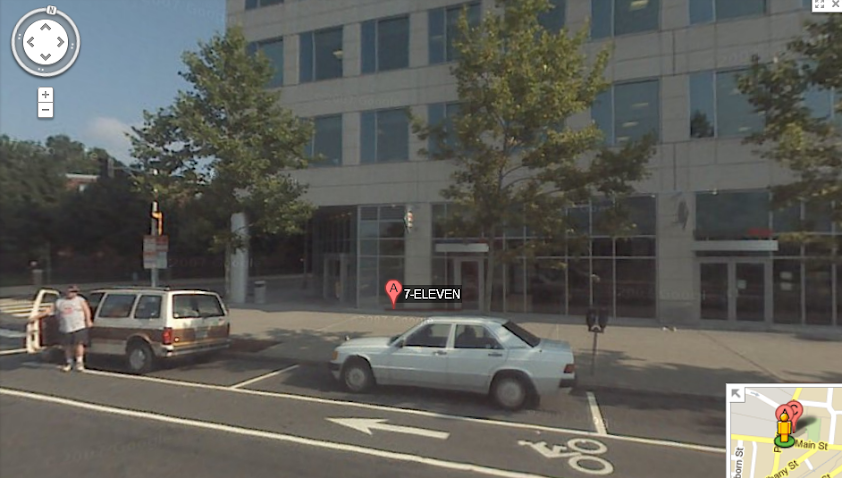 "Have bought food there many times. Apparently the scene of the robbery that ..." -

We can clearly see the two locations look nothing alike. The crime scene image is from the MIT campus. There isn't a regular road there at all. The 7 Eleven is on a city street adjacent the campus. If the Tsarnaevs were there, Collier wasn't. We have been sold a false bill of goods. Like everything in the case very little pans out. It has all the hallmarks of a serious black op that includes killing your own. In the crime scene photo the blood stains are on the cement. Collier may not have even been shot in his car.

Then in the other faux pas the Tsarnaev's uncle, Ruslan Tsarni, was quick to get out in the media trial to state the boys were no good. He bladed their image in repeated thrusts to the character artery. They both bled a speedy demise in spite of counter opinions from the boys' aunt and mother. Then old uncle Ruslan escaped down the memory hole. Netizens were quick to discover he had a checkered past. In the 90's he worked for the Agency for International Development (USAID) in Kazakhstan. It opened many doors in the oil industry and in spite of his law degree corralled him in the loss of $6 BILLION from the Kazakhstan BTA Bank. Not to be outdone he was pandering with Kazakh billionaires Timur Kulibayev and Mukhtar Ablyazov. The former bought Prince Andrew's home for five million dollars above the asking price. The latter was accused of the bank heist. Not bad action for a usually reticent uncle. However, once a company man always a company man. In the alphabet soup professions one can always be called to duty on short notice. The timing would be everything. Was he activated in the planning stage of the bombing or was laundered cash from previous missions forgiven for an academy award presentation before the news media.

The Sunday Times reported, “A statement by Ruslan Zaindi Tsarni was given in the High Court in December, claiming that Kulibayev bought Sunninghill and properties in Mayfair with $96 million derived from a complex series of deals intended to disguise money laundering.”

“Tsarni alleged that the money came from the takeover of a western company, which had been used as a front to obtain oil contracts from the Kazakh state.”

Tsarni was an executive with Big Sky Energy Corporation run by long time Halliburton executive S.A. (Al) Sehsuvaroglu. He has the lease on the Caspian Sea Basin. Tsarni was Big Sky's Corporate Secretary and V/P for Business Development. We are thee receivers of the classic sucker punch given over and over again by the ruse played by the marriage of the media and the intelligence services in tag team disinformation. Of course we could change the channel. It's not that hard. Or maybe it is because it's mind control, and they have yours at their mercy. The only thing that made any sense in the plethora of statements from the media came from the lips of Aleksey Filatov Russian Alpha Forces team International Association.

Russian 'Alpha' Special Forces team-veteran and vice-president of its International Association, Aleksey Filatov, believes there is more to the case than meets the eye. He emphasizes, firstly, that the origin and religious beliefs of the suspect, along with the specifics of the bombing, have all been carefully pre-meditated and planned by someone within the United States in order to distract the public from the true identity and long-term aims of the actual planners.

“Putting a young Chechen in those shoes was top-notch professionalism in distracting everyone from the true identity and motives of the planner,” he told RT.

“The executors were chosen to confuse the American public and simultaneously untie the White House’s hands in a way that would justify a departure from the rhetoric of non-involvement in military action on foreign territories.”

It's all before your eyes if you bother to open them.