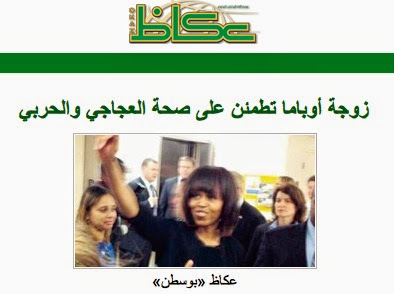 Abdul Rahman Ali Issa Al-Salimi Al-Harbi the wounded Saudi national first accused of being the perpetrator of the marathon bombing has been exposed as the son of the infamous Osama Bin Laden. He was tackled by an American citizen smoking from burns and smelling like sulphur. He was alleged to be a Saudi 'terrorist' and waiting deportation. That all changed in a flash like the blast from an explosive at the Boston marathon. First Lady Michelle Obama made a visit to his hospital bed. No reporters were allowed in to report the story. However, it is the talk of the town in Saudi Arabia. You see Abdul is reported to be the infamous Hamza crown prince of terror and a son by Osama Bin Laden's third wife Khairiah Sabar.

HAMZA IS KNOWN TO BE “THE SPITTING IMAGE OF HIS FATHER, OSAMA BIN LADEN.”

“SAUDI STUDENT” WAS TACKLED FLEEING BOSTON MARATHON, THEN HOSPITALIZED WITH “SEVERE HAND BURNS AND SHRAPNEL IN BACKSIDE OF LEG.” 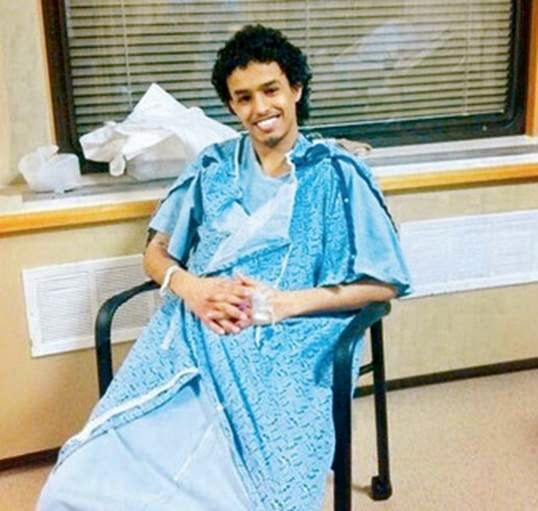 https://wr2a.wordpress.com/2013/04/23/saudi-person-of-interest-abdul-rahman-ali-alharbi-is-osama-bin-ladens-son/" target="_blank">Hamza is the son of Khairiah Sabar of Saudi Arabia, one of Bin Laden’s three wives who were living in the Abbottabad compound. Interrogation of the surviving wives of Osama Bin Laden by Pakistani intelligence after the raid on the Abbottabad revealed Hamza was the only person missing. He was not among those killed or injured. The raid conducted by the SEAL team was thorough: infrared technology, as well as ground troops, remained confident nobody inside the compound had escaped. There were no hidden exit tunnels from the compound. 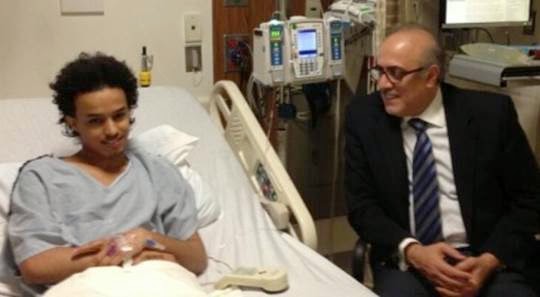 In a letter confiscated in the raid, written by bin Laden and addressed to his “Chief of Staff” Atiyah Abd al-Rahman, bin Laden mentions his desire that Hamza would be educated in Qatar as a religious scholar so that he could “refute the wrong and the suspicions raised around Jihad.” The same letter revealed that Hamza did not escape the raid because he was not even present in Abbottabad. Letters from the compound also confirmed that Osama was grooming Hamza to be his heir apparent following the death of Hamza’s older brother Saad in a 2009 US drone strike. 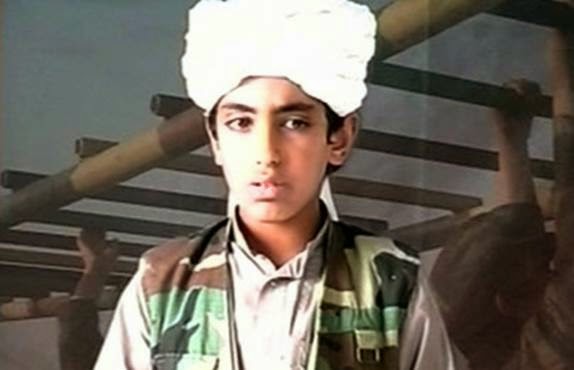 The congressional source told TheBlaze it was unclear as to why representatives from Immigration and Customs Enforcement (ICE) would be unaware of this information. Earlier on Thursday, an official with ICE said it was “categorically false” that Alharbi had ever been considered for deportation.

The congressional source, however, said the information sent to Congress showed that a file was created on “Abdul Rahman Ali Al Harby” at 4 p.m. on Tuesday by an official with the National Targeting Center, a counterterrorism sub-agency of U.S. Customs and Border Protection and the Department of Homeland Security. The file stated that the individual is “linked to the Boston bombing” and was to be processed for revocation of his visa based on national security grounds, the congressional source revealed.

If that isn't enough to get you to catch your breath remember that Glenn Beck was supposed to make a major announcement on the Boston bombing and then didn't complete the pass. I would suspect like many others recently he was threatened off by either something in the mail or the inbox. However, we made the interception. I use rather peculiar means to search for things and found this little piece of DYNAMITE!

However, this is just the icing on the cake. It is bad enough the administration and the first family are committed to the jihadist destruction of America. It is bad enough the First Lady is courting the real 'terrorist' and his associate Nura Khalid Saleh al-Ajjaji who was never revealed in the popular press. But the real hidden truth is that Hamze aka Abdul was not found in the Abbottabad compound raid. Of course only Conspiracy Cafe bothered to read the words on the wall detailing it was a former girl's school. However, the raid, kill and capture of Osama Bin Laden was a cover story. The real purpose now appears the extrication of Hamza aka Abdul the crown prince of terror. What if the Pakistani's were in reality holding him prisoner to stabilize the frontier in the terror war? What if he was the supreme bargaining chip in Islamabad's hand? Then the American government would be in a shit storm of trouble. Ergo kill Seal Team Six and other key personnel to keep the deep, dark secret safe. The rogue elements of the Administration must be protected at all costs.

Suspicious Saudis at the race

In fact out of a list of 85 terrorists listed by the Saudi government shows several of Al-Harbi clan to have been active fighters in Al-Qaeda:

Then you have Al-Harbi clan members in Gitmo:

The story goes on deeper and deeper down any rabbit hole one can imagine. Khalid Alharbi was married to the daughter of al Qaeda's number two man Ayman al-Zawahiri. He apperaed in a Bin Laden video. Khalid Aldawsari was a student and Al Qaeda leader who planned to use WMD in the United States and attempted to assassinate President Bush. Another named Adel Radi Saqr al-Wahabi al-Harbi is stated to be a high level al-Qaeda operative in of all places Iran. The State Department has a multimillion dollar reward out for him. So you see it is not only Denmark where things are rotten. There has been seepage on the other side of the sea.

VICTORY OVER THE INFIDELS!!! 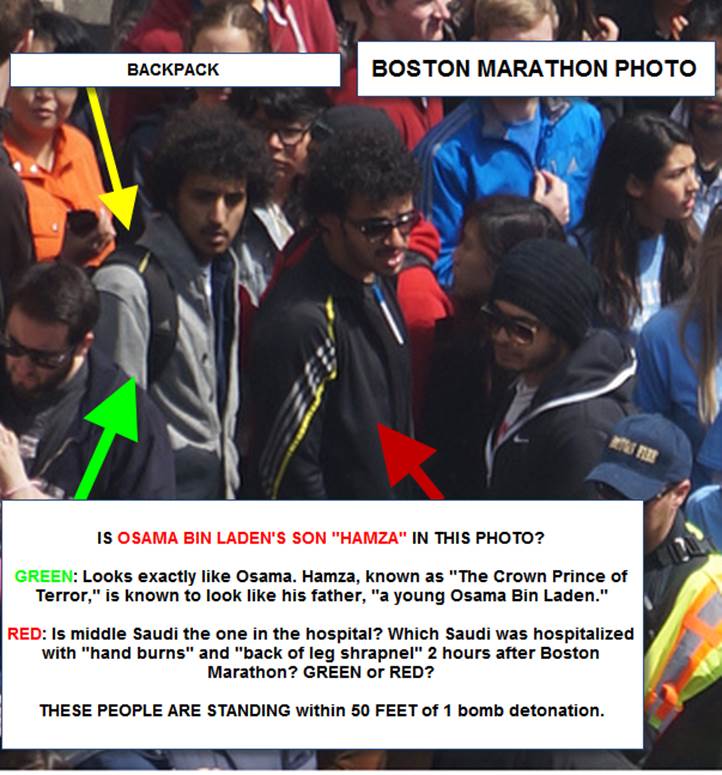