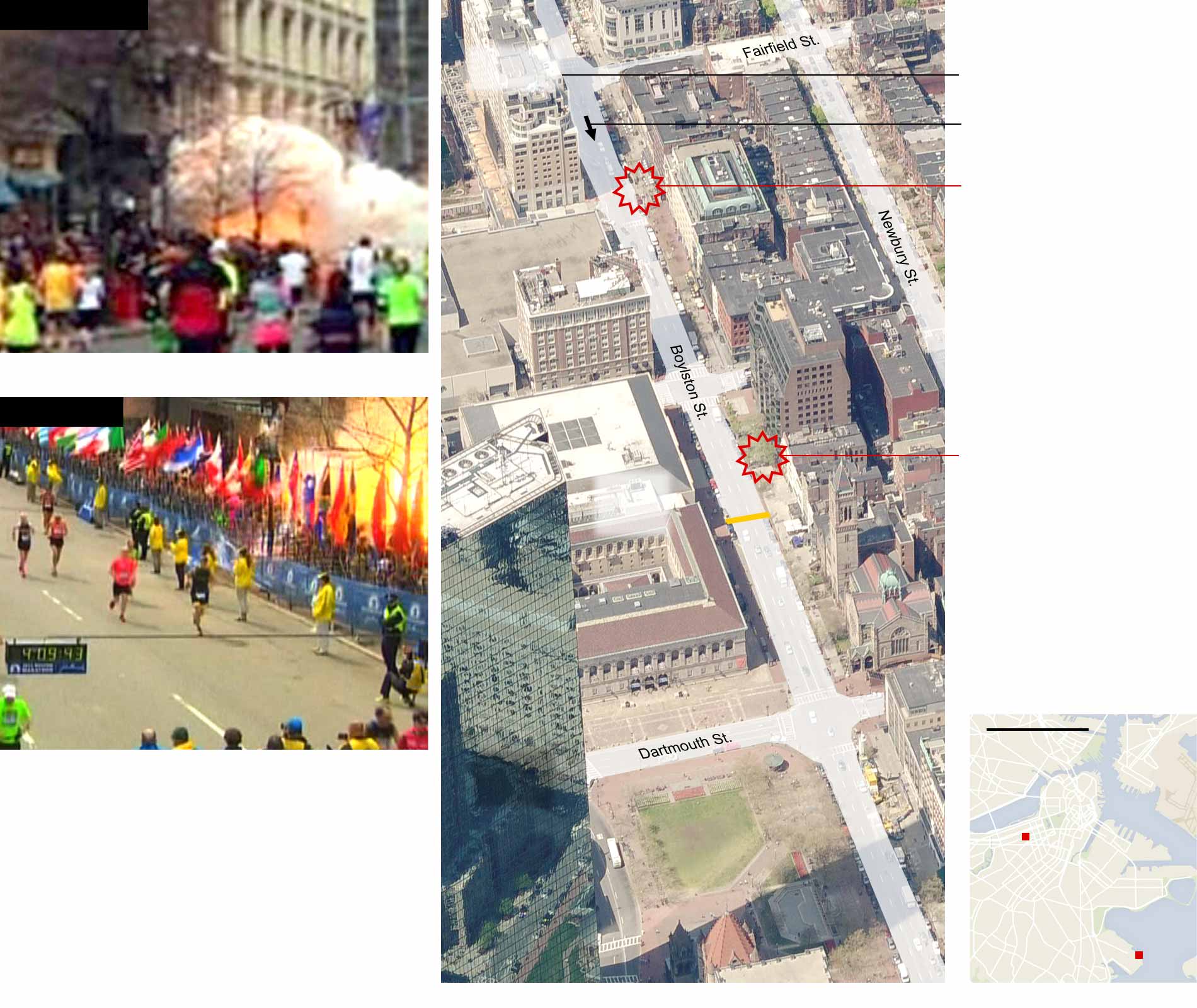 Here we go again the agents of fortune have pulled off another one. While eyes were cast across the Pacific on North Korea, we got another taste of home grown 'terrorism.' The only thing is it plays like a broken record, and we have heard the tune so many times we can hum it without music. Of course the first item on the secret agenda is the infamous drill. Yes. You guessed it. The Boston Police were running a drill and constantly warning the public that there would be a 'controlled' demolition. That seems a wee bit odd that while Boston is inundated with tourists and spectators, that such a risk would be taken. Maybe it was just to throw off the scent of the dogs which were at the start and the finish lines. Placated by their masters to think the ominous odours were company equipment. "Are we glad we're not sniffing where the bombs were planted."

Ali Stevenson coach of University of Mobile's Cross Country Team said, "They kept making announcements on the loud speaker that it was just a drill and there was nothing to worry about. It seemed like there was some sort of threat, but they kept telling us it was just a drill." But that is just one aspect of the affair. There was the ritual evil signature. You see the Boston Marathon was a celebration to the Newtown school shooting at Sandy Hook. There was a 26 second moment of silence at the start. Special T shirts with the victim's name were circulating about. At the finish line there was a memorial plaque near the location of the explosions. Those in the dark Satanic arts would know to keep away.

A specially designed marker stands tall for all marathoners to see just before the final dash to the finish line with the green colors of Sandy Hook school splashed on it with the Newtown municipal seal on the bottom. There are also 26 stars circling the town emblem, one for every life lost.

Each mile was dedicated to a victim of the tragedy. It was a death sentence from beginning to end, but that is not all.

In fact a Canadian runner was actually warned Saturday that they would die if they ran in the race.

Runners getting set to take part in the Boston Marathon were warned beforehand that they were going to die, said a Squamish resident who took part in the race.

Mike Heiliger, 59, said a woman holding several bags was telling runners who were picking up their pre-race packages in downtown Boston on Saturday (April 13) that they were going to die if they participated in the event.

“I was downtown on Saturday and you know, you see these people on the street and think it's just some nutbar,” he told The Chief from his Boston hotel on Monday. “It was a little creepy because you can identify who the runners are and I heard her say to this runner two feet away from me that, 'If you run tomorrow you're going to die.'”

“I thought it was just a nut and maybe she was a nut but she was holding a couple of bags like she just got off a plane and was accosting runners on Saturday,” he said.

Then there was the covert angle to the story. There was a third explosion at the JFK Library. That seems innocuous, but an exhibit opened Friday that revealed heretofore secret White House recordings and documents. Is there something we shouldn't know? 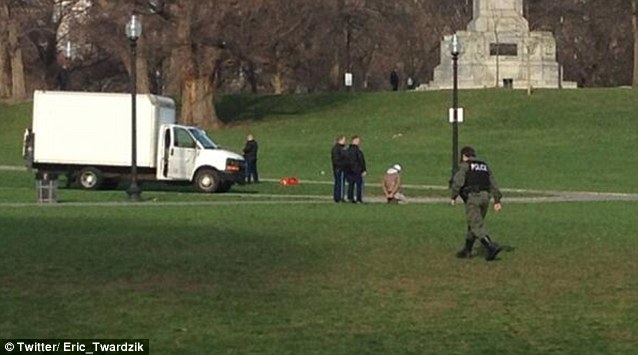 Images of a man in cuffs were posted online but police were keen to underline there had been no arrests. Officers said they were speaking to several people as would be expected in any major incident

British press are reporting a 20 year old Saudi national is in custody. A total of seven devices were used. Two went off.

So as we apply deduction to the evidence, it becomes clear. It was a well oiled conspiracy as always. See you Thursday.

One of the firms in the target zone was a Boston Legal Service Brody, Hardoon, Perkins & Kesten, LLP. They are located at 669 Boylston. A caller to The Power Hour said they were involved in the Libor scandal.