What many people do not seem to understand is the predictive programming and outright mind control that is perpetrated upon us. However, more and more are learning. The rest prove Darwin was wrong.

In the Gotham City map we posted and eulogized here at Conspiracy Cafe, a very observant individual noticed another name and took the ball to the goal line and scored a massive touch down. It was the intelligence coup of the year in the blogosphere. In the illustration there was another name NARROWS! It is next to STRIKE ZONE 2. The 'Z' actually points to the word which is in a box. It is most likely the next target. It has been identified. The local police and the school board have isolated the location. Of course the CONSPIRACY MAN decoded a date of 2/11 being the most likely time for the attack. This is why we do what we do. Any possible attack we can divert saves potential victims and the land of the free and the brave. We have succeeded. REJOICE! 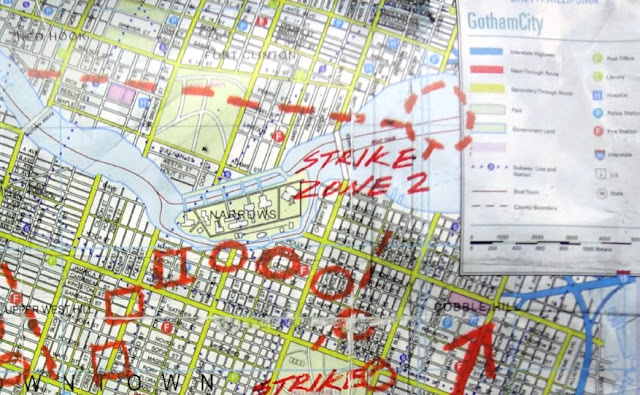 Narrows up close Cobble Hill on the right

On the evening of Dec. 27th, 2012, the Giles County Sheriff’s Department, the Town of Narrows police department, and the Giles County Schools, were notified by the Va. State police regarding information on a web-site. This web-site discussed the shootings that occurred at Sandy Hook Elementary in Newtown, Connecticut. Included in this discussion on the web-site was how “Sandy Hook” was referenced in the Batman movie “The Dark Knight Rising.” This reference was in a map that appeared in a scene in this movie.

Another zone on this map appearing in the movie was “Narrows.” The author, who posted this article, did an online Google search based “on a hunch” for “Narrows Schools.” From this search, information for Narrows Elementary/Middle School and Narrows High School appeared.

Based on this information, we have been in communication with our local law enforcement officials (i.e. – the Sheriff’s Department and Town of Narrows police) to discuss this issue further. Additional precautions have been taken for the immediate future and additional safeguards will be installed at each of our facilities in the near future.

Again, please realize that there were no specific threats made against any of our schools in Giles County. However, based on this information, we are working with our local law enforcement officials to continue to ensure the safety of our students and our staff members.

If you have any questions, please contact your child(s) school or the Giles County School Board office.

Now those are good coppers. They understand the dynamics of the dysfunctional minds using these images of predictive programming. They saw a potential risk. They acted on it and protected their communities. There was no sanguine, "Oh that's just a conspiracy theory." Like I have said over and over again when a deer hears a twig snap, IT BOLTS! After it gets to a position of safety, it analyzes the data. The important rule in the forest or jungle is act on the information from a position of safety. Don't react to the terror of another school massacre. State and local officers have done their duty well. We must thank God for the insights and the opportunities. 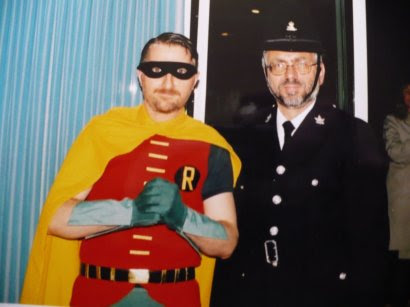