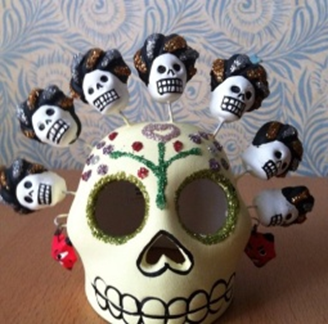 Still you turn on the television. Still you surrender your mind to those who are programming it for your destruction. Still you lack the faith to step out onto air - the air of truth. To do so is a complete and total faith journey. It recognizes the simple fact that SATAN is the great deceiver and controls the ship of state through his treacherous minions. WE THE PEOPLE must take control of our destiny. The lies are so profound there can be no other option. For me I will offer an alternative news media. I will give you a channel to turn to where citizen reporters won't cower in fear but lead the charge. This report is the smoking gun. It is a short snippet from the police audio from after the 22 minute mark. We have that audio posted in the video section. This version is enhanced and the key words are repeated several times. IT STATES:

Yes you heard that right. There is an open carrier (mike). That is probably why the audio is so soft. Without enhancement you have to have all the volume settings on maximum to hear it. In the enhanced version that issue is solved for you. The person speaking clearly knows that the alleged culprit is Adam Lanza despite a 'suicide' head shot. Explosive decompression of the skull doesn't leave much to identify let me assure you. So how does this speaker know Adam. The most likely answer is he is part of either the control team or the assault team who really did the shooting. Of course corporate media will NOT tread here. If there is any truth in Christ's word about the truth setting us free, you have just been released from bondage.

Adam was a patsy. He was lead to the school. I said, and I stand by my words that when he pounded on a door shouting let me in, he was quite likely running from something himself. With the termination order caught on the audio, there can be no mistake. Adam Lanza was assassinated. Our model of the event fits the observable facts concealed by the press. There were men fleeing the scene. They were a hit squad. There was a drug dealer with arms whose car was outside the school. There was a shootout in the parking lot. Adam Lanza's mother may not have even owned guns. Only the lying media says so. She had multiple sclerosis.

A person with MS can suffer almost any neurological symptom or sign, including changes in sensation such as loss of sensitivity or tingling, pricking or numbness (hypoesthesia and paresthesia), muscle weakness, clonus, muscle spasms, or difficulty in moving; difficulties with coordination and balance (ataxia); problems in speech (dysarthria) or swallowing (dysphagia), visual problems (nystagmus, optic neuritis including phosphenes,[8][9] or diplopia), fatigue, acute or chronic pain, and bladder and bowel difficulties.[1]

So I submit to the jury of public opinion how could someone physically impaired and perhaps even bedridden participate in the shooting sports as the media alleges. It is easy. It is a fairy tale. They present no proof she owned firearms. They present no proof from the school's surveillance video. They provide no proof. They refuse to show the proof of the second shooters, the bullet holes in the car, the police audio, and most importantly the termination order of Adam Lanza. End the life of Adam. Adam is the creation of God. The deep moral of the order is the end of the life of God's creation - US! This is the prime weapon of deception to turn us into the world of anti-Christ.

We have been sacrificed on the altar of the Satanic monsters who control the ship of state. That is the truth. If you see it, you are free as Christ advised us. It is your responsibility to stay free. Toss the TV. It is the ultimate form of mind control. Elvis Presley was known to shoot his when he saw something he didn't like. A simple garbage can will suffice. Say goodbye to Piers Morgan the British agent usurping America. Say goodbye to mind control. Thank you Jesus. I am free.