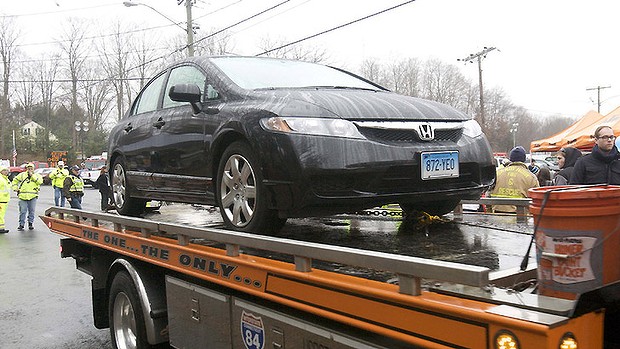 The notorious car photographed leaving the scene of the Sandy Hook school shooting does NOT belong to Adam Lanza or his mother. HUH? That's right. The audio from the police radio contains the vehicle registration request and reply. The car is registered to Christopher Rodia on charge for larceny and narcotics. He is a 42 year old man from Norwalk CT. He has quite a list of previous drug and burglary charges, seems to be big on stealing leaf blowers and is currently awaiting trial for at least his 5th count of stealing a leaf blower. He had an active arrest warrant on October 8th. One of the more recent times he has been in the news was for stealing copper wire from a construction site with his 19 year old niece, Cassandra Scire,19. His court hearing was only yesterday 12/21/2012 for Larceny, Forgery and Narc possession.

Mr. Rodia's accomplice Cassandra Scire is his neice. They live in the same home at 19 Vollmer Ave., Norwalk, CT. Cassandra is affiliated with one George Uzar arrested with an arsenal of weapons.

Inside George Uzar Sr.'s Granite Drive home just north of the Merritt Parkway in the Cranbury section of Norwalk, police found a large number of automatic weapons, said Mayor Richard A. Moccia, who went to the scene when Uzar was arrested. "It's scary to see the amount of weapons that were taken there ... especially in a residential area that seemed so quiet," Moccia said on Friday. There was a gunfight at the O.K. corral in the parking lot. It may very well be that a drug deal went south and they shot it out. One of the 'second' shooters has been identified as well. If we look at the above pictures of Rousseau's car, pay attention to the upper image. Call me stoopid, but that looks like an exit hole. It craters out not in. Baby you can drive my car, but try NOT to shoot your gun off from inside please because then people will want to ban them.

The camo pants guy in the woods Christopher Mazedonia (supposedly a father of a child )who I will get to later, is still suspicious, especially when corroborated with the two shooter issue as first reported by teachers, he was moving toward the parking lot, would a father run away?

IN HIS SPEECH OBAMA QUOTES THE BIBLE:

CODE FOR THE HIT SQUAD?

The only proof we have that Nancy Lanza owned firearms was the media saying she did. There is no documentary evidence from the police who would have had to issue a permit after a serious application process that includes a fingerprint check. DID NANCY LANZA OWN ANY GUNS?

As a case for comparison I can show you Eleanor Roosevelt owned and carried a firearm. 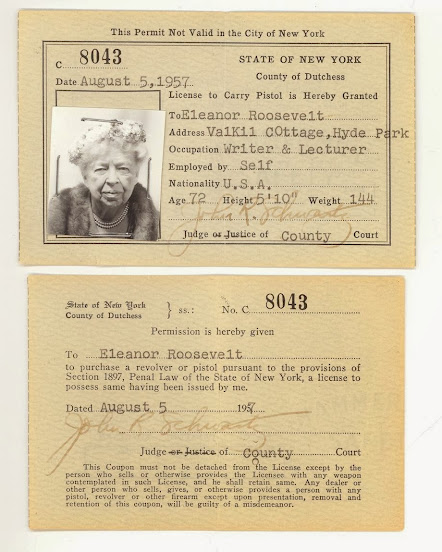 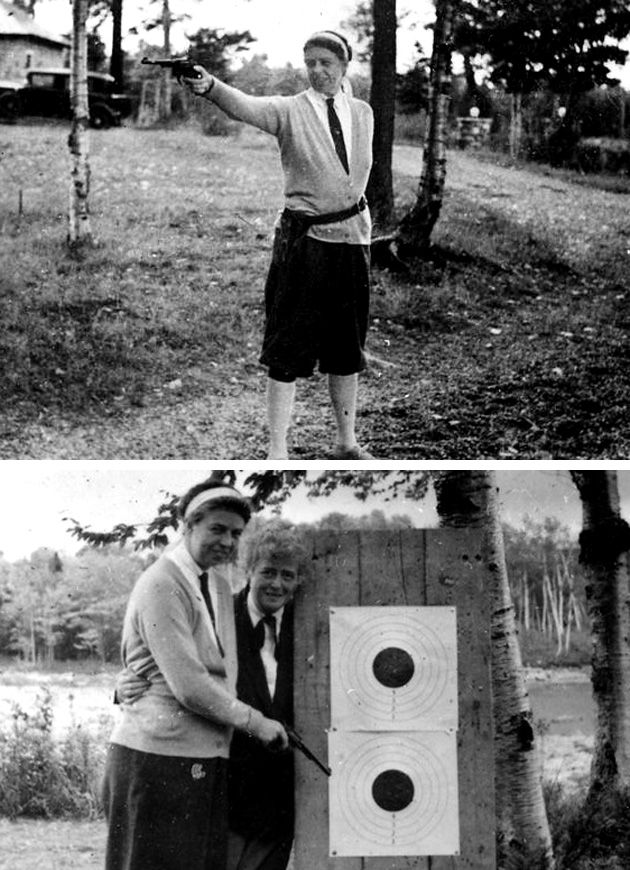