And admit that the waters

Around you have grown

And accept it that soon

You'll be drenched to the bone

If your time to you

Then you better start swimmin'

As 'thegeorge' opined the world moves at the speed of the predator. That may be set to change to the speed of the terminator. You see our 'friends' at DARPA and even worse Singularity University, a part of NASA's Ames Research facility; have advanced a concept for a new form of life. They call this concept SINGULARITY. At that point an artificial intelligence will have surpassed the human being in thought capacity. They will store this intelligence in a robotic shell and declare it the primary species on Earth. It will be an evolutionary event that is designed to give the fiends eternal life because they will download their brain capacity into it. This wouldn't be life. This would be anti-life. What should we expect from anti-Christs?

Who prophesize with your pen

And keep your eyes wide

And don't speak too soon

For the wheel's still in spin

And there's no tellin' who

For the loser now

Will be later to win

Do you think for a moment that the New World Order is some kind, gentle, benevolent creation. Naïveté is not a defence strategy. It is a recipe for disaster. On a human scale it is the end of life as we know technically and figuratively as well. These machines will be the fantasy illustrated by Arnold Alois Schwarzenegger. I include the middle name for a very important reason. You wouldn't call your son Adolf in a post WWII era, but you could name him after Hitler's father. His name was Alois. The faithful will understand. The prey would never think of it. 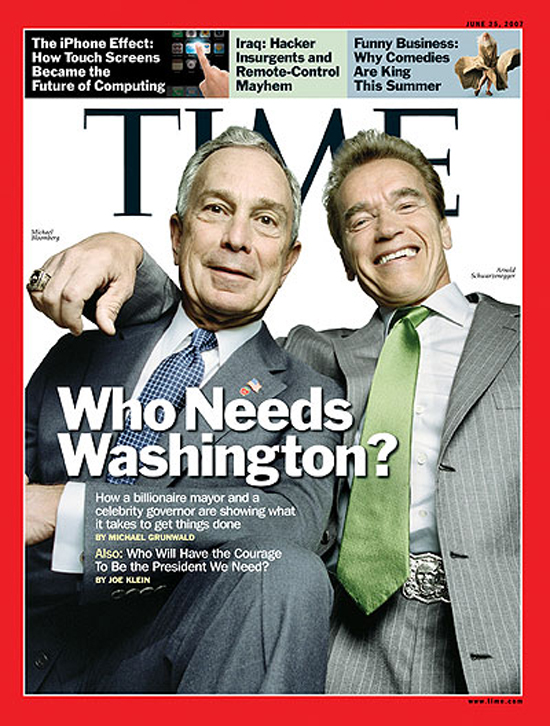 A symbol of the Nazi SS and the infamous Skull and Bones a message to the world to those with the 'TIME' to see the message. 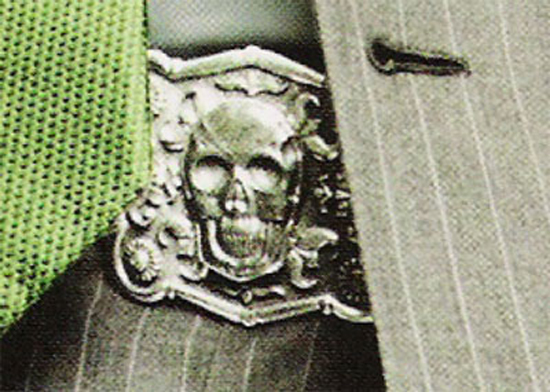 Don't stand in the doorway

Don't block up the hall

For he that gets hurt

Will be he who has stalled

There's a battle outside

And it is ragin'

And rattle your walls

In Between Two Ages : America's Role in the Technetronic Era, Zbigniew Brzezinski gives us the big news. The global elite will use technology to rule the world. That will come in two tactics. The technotronic era generally implies the espionage state where everything is recorded and monitored. Faked terror attacks have always worked well. Nazi's did fake the Reichstag Fire. It's an old trick. The elite magicians don't teach us their tricks. You have to learn them yourself. The other facet is the advance of the robot as a killing machine. We introduce our future terminator Kuratas. It was featured at a Japanese robotic show. It mounts two Gatling guns and carries a human operator until singularity.

What you can't understand

Your sons and your daughters

Are beyond your command

Your old road is

Please get out of the new one

If you can't lend your hand

It's only a technotronic fantasy. Right? Of course my pretty. Adopt the vanquished's role in The Art of War without even being seduced into it. You are so well trained. As you sleep, we will acquire strength and power, and then destroy you. It is the art of war after all.

Other disturbing facets to the advance are a software program called Mind's Eye uses algorithms to predict the actions of those monitored in the surveillance grid. How positively delightful. This concept is used in the film Minority Report. They always condition your mind first. It is another aspect of the art of war.

An advanced concept brought up at the USENIX Security Symposium discussed thought reading devices. We will have direct evidence of the infamous thought crime with these. You do not have the right to remain devoid of thought. Then they're working overtime to put RFID chips in students at school. We know it's just a stepping stone to the mark of the beast system. The beasts will be the robots cracking the whip on the slaves. However, we won't need the slaves much anymore. The robots will do most if not all of the work. They won't even need the police and the military any more. They, too, will be victims of the terminators. Thought your looks were important. The prostitutes may even be Westworld fantasies. You see as a species you have been doomed. That's why it is so important to organize Second Amendment marches and rallies at your school. Learn not to burn they say. 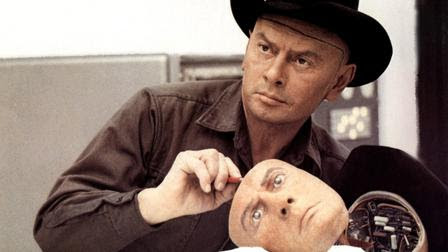 Yul Brynner the first terminator robot in the 1973 classic Westworld.

As Conspiracy Cafe revealed some time ago your TV is watching you. Others are catching on. The infamous XBox is watching you too. The Director of the CIA now disgraced revealed the secret himself. That was his biggest mistake. He confirmed the extent of the surveillance grid. No one reveals the truth. I take great delight in seeing the unseen and reporting it. I beat him to the punch by over a year.

It is so worrisome Cambridge has opened a 'Terminator Centre' to study the unpleasant if not dangerous aspects of this technology. They believe there will be a Pandora's Box moment. John 'Jack' Good a friend of Alan Turing the Bletchley Park code master wrote the machine would be built way back in 1965. He advised Stanley Kubrick in the 2001 film project. We know what happened to him.

One day you'll not be able to tell the difference at least on the face of it. The world will have changed. You will have not. The terminator will destroy you. It may even be an attractive woman. You snooze; you lose. You lost. Or you have to start to catch up with the predator and put the terminator in the scrap heap before he puts you in the fertilizer heap.

The line it is drawn

The curse it is cast

The slow one now

Will later be fast

As the present now

Will later be past

And the first one now

Will later be last