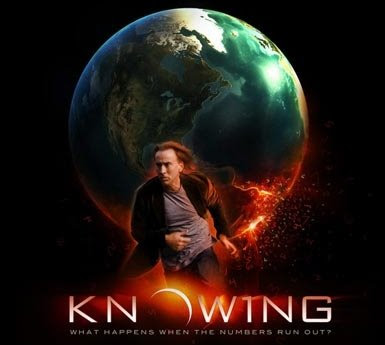 If you've been a regular follower of Conspiracy Cafe, you know that we see the twilight language in art, literature, news and film. One of the most important revelations concerned the film Knowing. In the film a time capsule is buried with a system of numbers. The decoding of these numbers tells the hero Nicolas Cage the future. The thing is those codes concealed in the film told us the future as well. 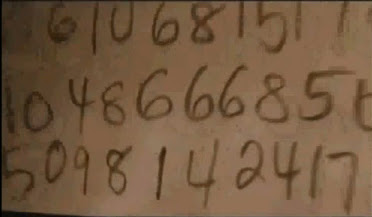 Stop the clip exactly at 1:24 (You Tube removed the reference clip)

Nicolas Cage is looking at page of numbers.

This is a freeze of a closeup of the number sequence. Of course the mark of the beast 666 leaps to the fore. The uninitiated ignore the rest. We do this at our peril. In the quantum universe anything can be everything, and everything can be anything. Some of us see and recognize these patterns, and some of us don't.

(509) 814-2417 is a phone number. It is in Kennewick, Washington. There is a very pertinent affiliation in Kennewick.

Pacific Northwest National Laboratory is one of the U.S. Department of Energy’s national laboratories, managed by DOE’s Office of Science. PNNL scientists conduct basic and applied research and development to strengthen U.S. scientific foundations for fundamental research and innovation; prevent and counter acts of terrorism through applied research in information analysis, cyber security, and the nonproliferation of weapons of mass destruction; increase the U.S. energy capacity and reduce dependence on imported oil; and reduce the effects of human activity on the environment. PNNL has been operated by Battelle since 1965.

Researchers at PNNL’s Radiochemical Processing Laboratory are developing processes to advance the cleanup of radiological and hazardous wastes; the processing and disposal of nuclear fuels; and the production and delivery of medical isotopes.

The Marine Sciences Laboratory, located at Sequim, Washington, is the DOE’s only marine laboratory. MSL provides analytical and general purpose laboratories, as well as wet or support laboratories supplied with heated and cooled freshwater and seawater. More than 70 engineers and scientists work on coastal restoration and security projects, from reviving salmon habitat to research on how shellfish could detect a bioterrorist attack. MSL also operates a 28-foot research vessel.

In 2007, more than 20 PNNL scientists were recognized for their contributions to the Intergovernmental Panel on Climate Change (IPCC) that received the 2007 Nobel Peace Prize in equal parts with former Vice President Al Gore.

In 2004, The U.S. Department of Homeland Security established the National Visualization and Analytics Center (NVAC) to advance visualization research using computer technology to enable humans to visually synthesize and derive insight from massive amounts of information to help the nation predict and respond to manmade and natural disasters and terrorist incidents.

That's a lot of information to get from the 'phone' number in the film. 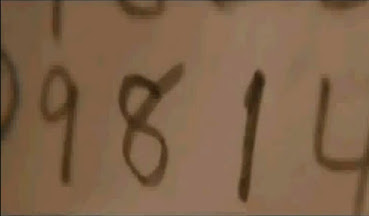 Now that you've been bored to tears, we'll decode these numbers in light of the advanced warning of the Fukushima quake. 81 is the country code for Japan in the international phone system. 9 was the magnitude of the earthquake. There is a 14 hour time difference between Japan and the eastern United States. The quake was first reported as an 8.9 98 backwards. It was amended to a 9 as seen in the sequence. Hmmm? 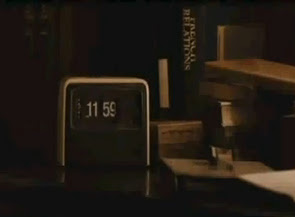 You see you see the clock change from 11:59 to 12:00 remember the 12 can add 1 + 2 to make a 3. The date of the event is 3/11. Also notice the book on the shelf. It is the only one 'illuminated'. It is French Relations. Only one country established diplomatic relations with the Libyan rebels. It was the FRENCH! 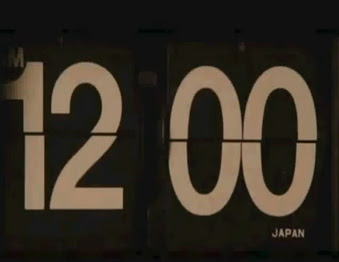 The clock flips to 12:00 midnight. The HAARP machine was turned on at midnight 12:00 a.m. March 9th UTC. Remember the '9' in the code as well. Notice JAPAN under the 0. It isn't in the previous frame. 0 can also imply zero hour the time to start the operation. 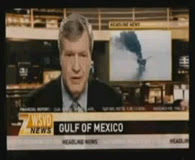 While the news is playing on Nicolas' TV, there is no doubt what event is being presaged. It is the Gulf oil disaster. The announcer says the case for the disaster is "The cooling system has failed." And just before the clock appears with the message, there is a flash across the screen like radiating waves from an 'earthquake.' 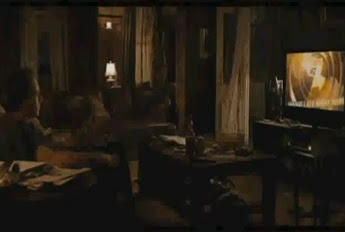 We see the coded warnings very well. Other media forums deny these to you. Why we should wonder? I desire you prosper by KNOWING the future plots and conspiracies of the New World Order. Others don't. So isn't it imperative that you change the channel?

Peer into the future if you dare. Knowing is everything.