YOUR SERVICES ARE NO LONGER REQUIRED 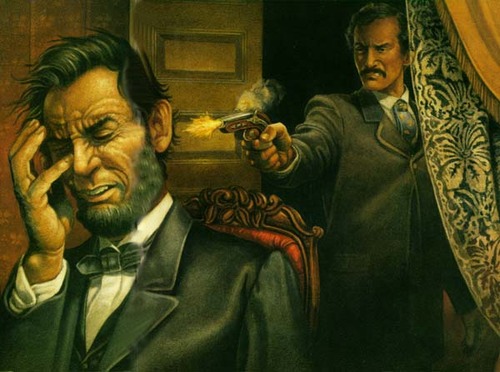 There is a common formula in the eddies and flows of history. It is the story of the assassination of those great and small. From the time of Rome and before there has been nothing more common in all civilizations than the 'CONSPIRACY' to oust someone whose services are no longer required. One of the most famous ancient ones was the execution of Julius Caesar on March 15, 44BC. There were about 40 'CONSPIRATORS' involved. Where the Republic erred is that they didn't effectively seal the patsy to eternal damnation by falsifying events. In the modern era that is the essential ingredient. There will be a patsy which may include an 'accident' or 'misfortune.'

As we review history, we see numerous examples of extreme prejudice being used to effect the coup d'etat or retire those with knowledge of plot or counter plot. Our short attention spans preclude us from seeing a pattern that spans millennia. Our victim, above, was one of the most famous American assassinations. He was Civil War President Abraham Lincoln. The cover story set the alleged assassin, John Wilks Booth, in the prisoner's box of history. His agent provocateur status was enhanced by the mystery surrounding his death where it has been thought he escaped a notorious barn fire that 'officially' killed him. You see when the 'CONSPIRATORS' include officials; they can report any tall tale as 'official.'

There was this President, Lincoln, who was going to issue honest money. The banking establishment usually frown of such activity. I have understood in the murder mystery genre the age old solution of the butler did it. In presidential assassinations I amend it to the Vice President did it. You see he satisfies the old Roman logic of Cui bono (who benefits). In the Lincoln assassination history concentrates on Lincoln and glosses over the other two targets Secretary of State William H. Seward and Vice President Andrew Johnson. Seward was viciously attacked in his home by one of the group and stabbed repeatedly. The assassin assigned to Jackson got drunk and failed in his attack. The CONSPIRACY not solved was that Booth left Johnson a note.

"I don't wish to disturb you. Are you at home? J. Wilkes Booth." 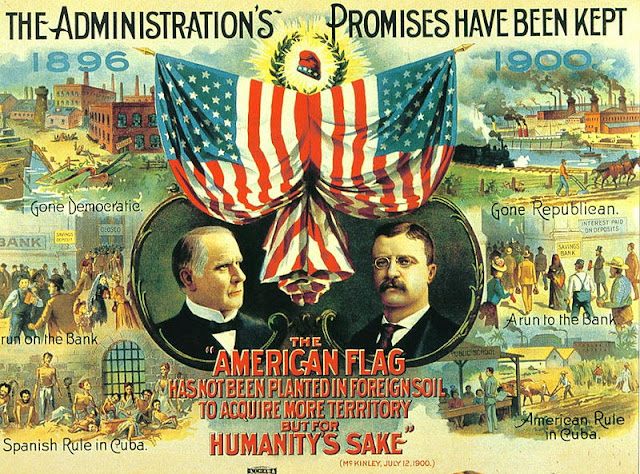 So the Vice President was in contact with the master assassin who may very well have survived. His assassin went through the motions so the most obvious suspect would not be considered. In fact President McKinley had no Vice President for two years prior to his assassination. After running with Theodore Roosevelt the orchestrator of the false flag war with Spain, he was shot. Sixty two years later President Kennedy entered Dealey Plaza. He wanted an honest money system too. His Vice President was a scoundrel named Johnson as well. Many have implicated him in the plot. However, in the modern era the lone assassin is legion in the 'official' story. They learn that in the dictator's handbook a fictional text book from the School of the Americas' depository.

"The U.S. Army School of the Americas is a school that has run more dictators than any other school in the history of the world."

It is clear to those with eyes to see why the military industrial complex had no further use for the services of the Congressman above when he became President. In the modern era, all 'CONSPIRACIES' arise from the simple fact we have not resolved this one. Numerous wars and plots have followed along the line. They control the 'official' evidence. They rig the 'official' commission. They create the 'official' history. It is all a lie based on the lessons from the dictator's school. They know the curriculum well because they teach it. They teach it so well the great unwashed believe the deeply planted seed that we're the 'good' guys when nothing could be further from the truth. It is the School of the Americas that confirm God's word that we are all sinners. They are masters at it.

President Kennedy and his wife

In the latest plot, the American Ambassador to Libya Christopher Stevens, was murdered in Libya in a classic military operation. The beauty of such a plan is that the fog of war clouds the pinning of responsibility. Ambassador Stevens' murder was a text book operation than unfolded from a master of the art of war. In the lead up to the event it is revealed that the compound Ambassador Stevens sought refuge in was bombed twice before on April 6 and June 6. The second explosive blew a hole in the wall large enough for 40 men to get through. The first attack was made by 2 former security guards. So it is readily apparent that the area in question is HOT.

In the lead up to the attack, the diplomats were denied an aircraft to transport the security teams or evacuate personnel. They were told commercial aircraft were available. To those experienced in such matters alarm bells are ringing very loudly. You can smell the set up already. They did too. Sean Smith, the Foreign Service Information Management Officer, was sending out information under an alias Vile Rat on Eve On Line's Goonswarm. On Conspiracy Cafe we were concerned that he had been compromised and intelligence he was providing as to locations and situations were being intercepted.

”Assuming we don’t die tonight. We saw one of our ‘police’ that guard the compound taking pictures.”

Worse still was the reason d'etre. Ambassador Stevens was Hillary Clinton's translator. He spoke French and Arabic. He translated during the March 14, 2011 meeting between Hillary and Libyan rebel chief Mahmoud Jebril. This meeting concerned the initiation of the bombing in the overthrow of Libya. He was at the forefront of many negotiations. He would have known it ALL. Libya was the land of the great age of pirates. The marines were sent there in the age of the sailing ship. The equipment has changed, but the methods remain the same. Dead men tell no tales. 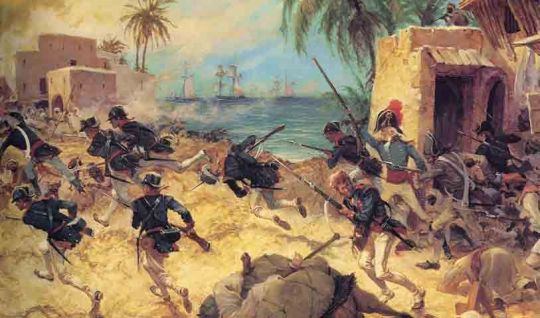 In 1786, America had to decide whether to fight the Barbary pirates or pay ransom. President Thomas Jefferson decided to fight and laid the foundation of the US Navy and Marine Corps.

Ambassador Stevens reveals with his eyes what troubles him. There was talk about a diary CNN, the media version of the CIA, found in the burned out compound. The rest of the files were left to the looters for weeks. They included confidential informants. Where a stellar reporter will go to jail to protect a source, the State Department will silence them by stealth. In the fog of war all the loose ends can be eliminated with extreme prejudice while the perpetrators appear to be victims of circumstances gone way out of control of the system.

This would be a viable assumption except the fog of war was caused by the release of a God awful video that was supposed to offend Muslims and stir up a giant cauldron of anger. The film, Innocence of Muslims, did nothing of the sort. No one showed up for the premiere. It was too bad to even be forgotten. So it was shown on Egyptian TV news to a broad audience. That may have upset people, but the nature of the protests assumed the level of the 'colour' revolutions that swept North Africa. These were CIA concocted events to cover regime change. It would seem likely that those elements helped to ignite the fuse of violence. It provided cover for the assassins to attack Ambassador Stevens at his twice bombed safe house where the security was called away. The 'protestors' came with rocket propelled grenades and small arms. They were the whack team. In the fog of war Ambassador Stevens was taken and tortured. They had to know what he knew. The worst case scenario is a stepping stone war to Moscow for a bankster backed New World Order. Julian Assange revealed the WWIII plan where NATO attacks Russia. Nothing has ever changed with world global domination. It has always been about ruling the world. 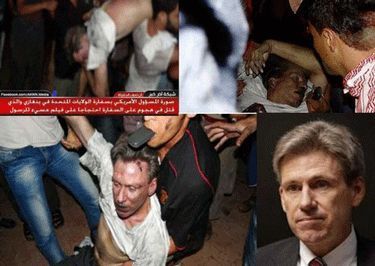 After a month, the spin doctors have released photos they must have had since day one. They show the Ambassador being dragged through the street and abused. They report Ambassador Stevens was gay, and that that was the reason he was abused and killed. That is the final proof of a School of the Americas finale - the cover story. No one will find the homophobic idea. It was created as an illusion anyway. This story strikes the emotional punch buttons of the most people all at once. The originator must be basking on a well earned vacation somewhere until now as this understanding casts suspicion upon him.

People will react emotionally to the story like Muslim radicals reacted to the film Innocence of Muslims. They will not search for the real reason d'etre like us. The School of the Americas will claim another and carefully craft the story to conceal reality and plant ideas in our heads to further their course of study domination and war. In a parody of John Paul Jones famous quote, we have not yet begun to think. When we do, the revolution will be for real. New World Order your services are no longer required. For what is maddening is even alternative giants are falling to the gay bomb and not the truth. 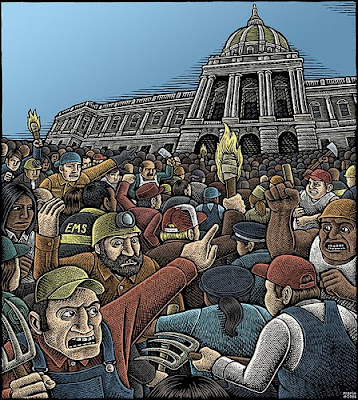 These photos are making the Persian and Arabic worlds: 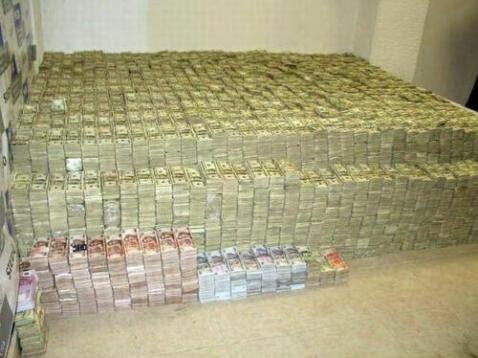 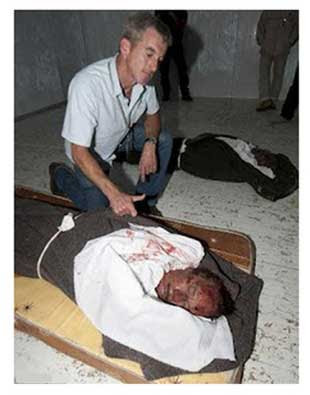 Assassinated Libya Ambassador "had it coming"

In a bizarre twist this interview with the 'man' in the street says Stevens had it coming. You've got to look twice. Is it Stevens? 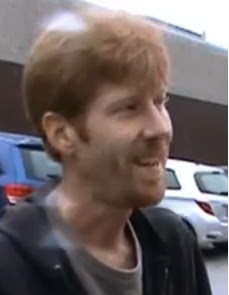 The ear has a very unique keyhole figure. The skin folds into the nose at the same place in the same manner. A little hair dye and styling and a damn good doppelganger. 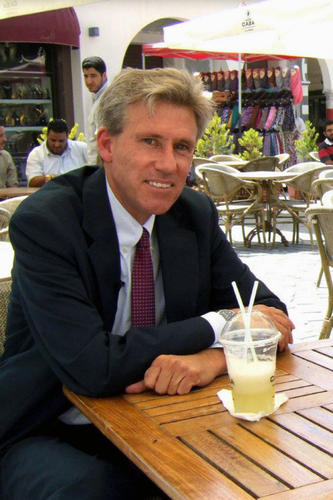