THE FALSE FLAG WAS A FILM 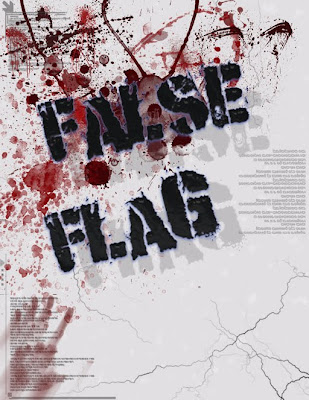 After months of anticipation as to the nature and type of false flag operation the world would be subjected to so that we could be sucked into another large theatre conflict, we have the plot revealed this morning. A relatively unknown fool by the name of Sam Bacile posted a movie on You Tube called Innocence of Muslims. To say it is a poor quality script would be a compliment. It's awful. What's worse is it had only one main purpose and that was to insult people of the Muslim faith to violence. It has done an exceptional job. One can only be left of the opinion that on the 11th anniversary of 9/11 the false flag attack was a movie. I'm sure there are cheers in the war mongers camps. A pond in the State Department flock, Libyan Ambassador John Christopher Stevens, was the sacrificial lamb along with three staff members who may very well have included bodyguards. 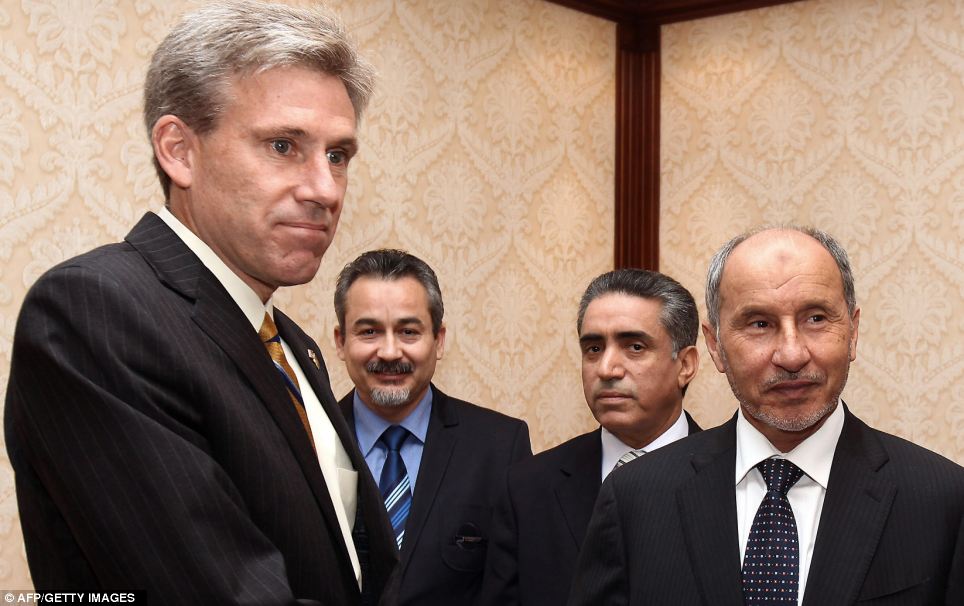 Ambassador Stevens on the left in this photo with the Libyan National Transitional Council in June of this year does not look like a happy camper. His eyes speak volumes of a man who has been put in a position he does not want. It may be even then he sees the writing on the wall that he is being set up in a future ambush for the benefit of the war mongers. He will be the next Pearl Harbor. The Libyans are drooling for their new found power and wealth. The Ambassador has looked at the evil puppet masters and seen they are devoid of souls. He exhibits remorse at the terrible cost in human life this transition has caused. With these feelings he has rendered himself of no further use to the State Department. His services are no longer required. He will be used to fan the flames of war in a SACRIFICE.

Even at this high level of government our players fail to recognize the level of depravity the New World Order minions will go to achieve their goals. I don't think this was an Obama White House ploy. He has little to gain. It puts him in a terrible position because there is no one to attack. Libya has already been conquered and the attackers are an angry mob who may have acted spontaneously. Or did they? The cui bono has one top solution. That is Israel. Netanyahu can be said to have rubbed salt in the President's eyes. He has inflamed Americans and left Obama with zero response options. They call that being between a rock and a hard place. Bibi can bide his time and wait for the election. Obama the Bin Laden killer will look ineffective and weak. He will lose votes. Romney will play the hawk in waiting to wage global jihad in the next crusade. 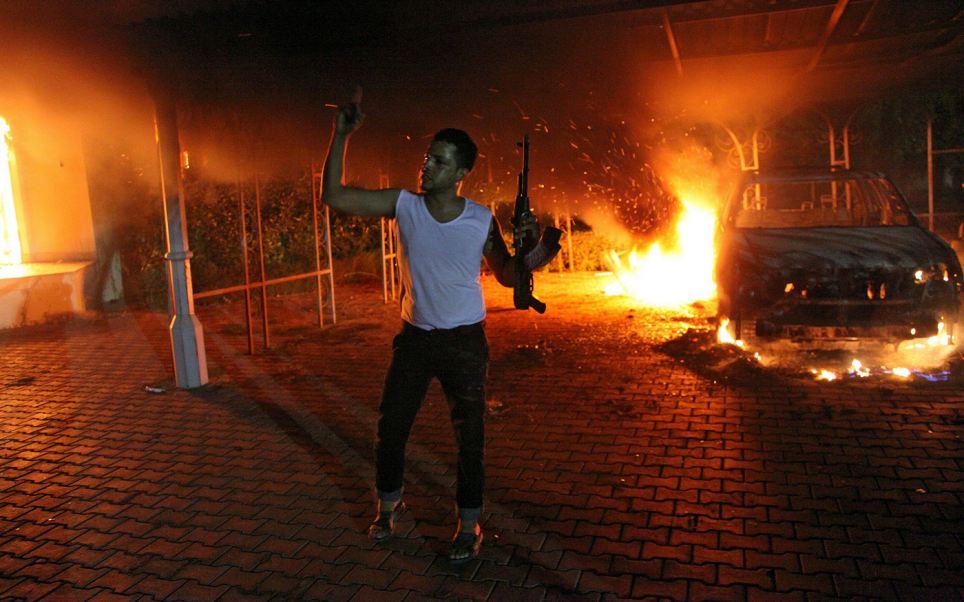 Though I'm no expert in street gangs I have serious reservations that the celebrant above is flashing one with his right hand. Since mercenaries were the primary tool to effect change in Libya I suspect this man is more the mercenary than the Muslim extremist. It's not that anyone will care as the hate level rises, but something seems off. 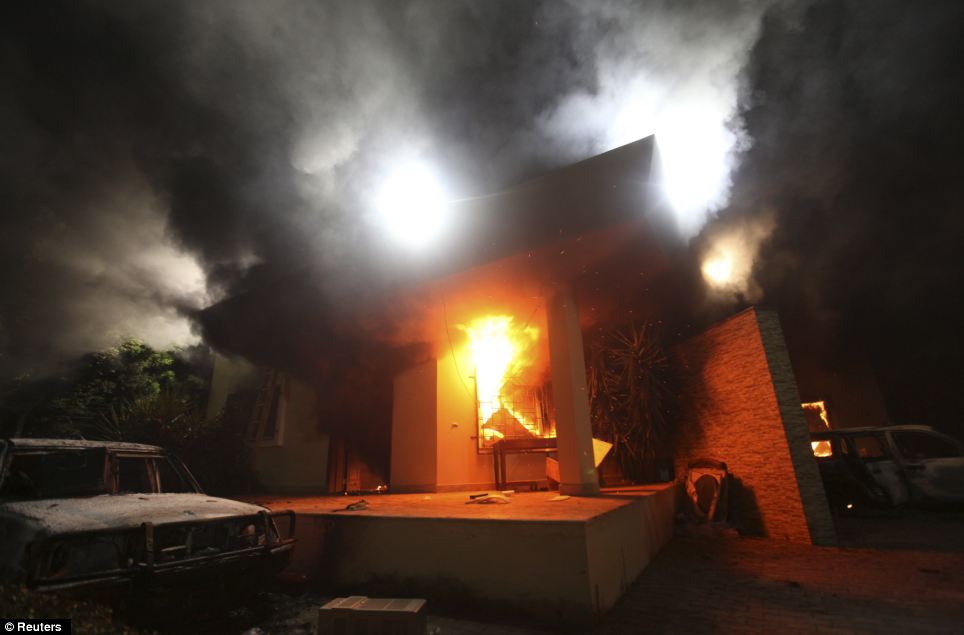 Plumes of smoke and flames can be seen rising out of the U.S. Consulate in Benghazi after the building was raided by gunmen who set it on fire

Having some experience in human nature and grounding in the intelligence sciences as a self-taught individual all I can say is this doesn't look good. The effect of the film will weigh heavily on those prone to violence. They will not see they are being used by the same Satan that created the film. Their outbursts are a trap to lure them into a reason for America to commence the Great War with Israel. What ever victory celebrations they have will be tempered with the effect of the returning karma wave. Good people should be praying to be true to their faith. Vengeance is mine sayeth the Lord. God knows we are easily deceived by sinister forces. We cannot easily see how we are used. We attack the supposed enemy after being duped by the false flag. Serious disciples of faith should be stressing the eye for an eye principle. We are both truly blind. It can only lead to making more of us truly dead. 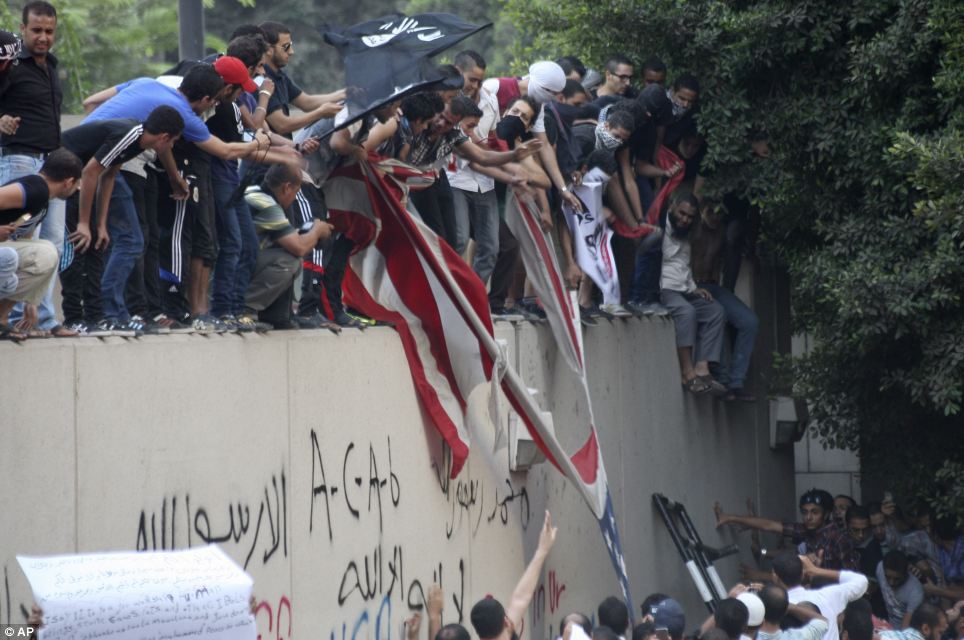 Protesters destroy an American flag pulled down from the U.S. embassy in Cairo, Egypt

This one will not go away quickly. You Tube as an agent of Google and the military industrial complex will let this video go viral for maximum effect. It's the ones that expose government corruption or infringe copy right that are pulled. As the attacks and death tolls accelerate Obama will have no option but lose the election looking powerless or start the great crusade. 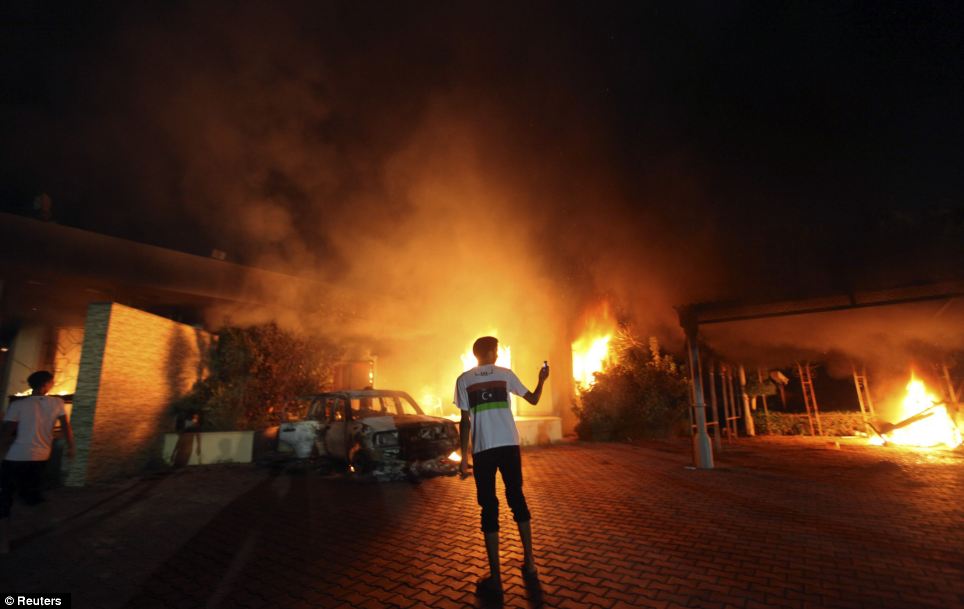 Pray for the man giving you the finger or kill him. It is your choice. If you choose wrong, there will be no end to the killing until the whole world is aflame. Those leading you in that direction are the great Satan. In the modern era too it took only one match to let Rome burn. This match was set by a hateful fool named Sam Bacile. He is the cancer of hate and intolerance. It can only lead to the destruction of the human race and the planet Earth if you let it. Don't let it. If there is an epitaph for Ambassador Stevens let it be that he was a man of peace and not an excuse for war. It is our Rome. Don't strike matches. We'll all be burned this time. 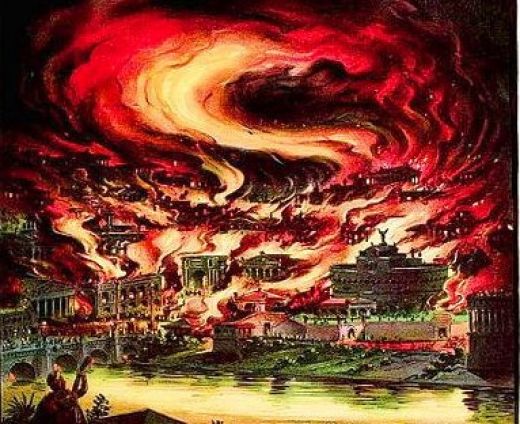