There are so many signs that the global economy is heading for disaster it is hard to fathom them all. We must at least table the main ones. This will be an event that will rival any in history. It is of such a dire nature it is being called Economic Armageddon. Of course that is NOT news in most people's circles. Like the Biblical Armageddon, it comes like a thief in the night. The reason for that of course is no one wants to hear deeply rooted truths. Of course as the related 'georgism' goes not facing a painful truth will not prevent you from living it. The levels of treachery and deceit are so deep that this Economic Armageddon may reduce us to the stone age with the system of finance, food, water and energy. I doubt many are prepared for this. Even those of us who understand will be taxed to our limits.

Of course the possibility of war after economic collapse is always on the table. In this case, based on the severity of the economic devastation, we could easily enter into a global war with the major powers to bring us to the Biblical Armageddon. If you have the chance, watch and share the 1965 classic The War Game posted in the video section. Notice how the person on the street is asked if they know what various radioactive isotopes are. They have no idea. In the shadows the world is entering a conflict scenario that quickly escalates out of control. At that point battlefield nuclear weapons are used followed quickly by strategic ones. England is devastated. This is a no holes barred simulation of what you will experience. The devastating wounds left untreated will be yours. The burns will be the worst as you writhe in agony. This can all be avoided. To stop the thief in the night all one has to do is arise from the deep slumber the NWO has put you in. It is so simple. A few determined hours at seriously looking at unpleasant truths will prevent an eternity of living through them. War is NOT a game. It is REALITY.

It has always been my considered duty to warn as many as possible what faces us as a civilization. The die has been cast in prophecy to the generation that lets it happen. We are poised to be that generation. The signs are everywhere, but we are blind. Israel is prepared to start a 30 day war with Iran. That sounds like a great plan. As I coin it, it is an insult to imbeciles. Did you ask Iran if they would agree to stop after 30 days? I think not. They will fight to the death. This war plan has wild cards that are completely out of control of the war planners. Russia has drawn a line in the sand. They may very well retaliate to any NATO forces. Syria has a defence pact with Iran. China is another wild card. As in the movie conflict, it could quickly degenerate to battlefield nuclear weapons. Then the ultimate wild card might be played Mutual Assured Destruction. There is no greater issue facing the human race at this time. The fact that our leaders are wanton imbeciles if not outright thieves adds to the equation.

Arab nations are withdrawing their nationals from Lebanon. Russia deployed a nuclear attack submarine in the Gulf of Mexico. It went undetected. It carries nuclear weapons deployed in cruise missiles and torpedoes. These strategies are probably not discussed in the entertainment culture that dominates America. As Smokey the bear used to say, "Learn not to burn." Only YOU can prevent nuclear Armageddon.

The Cuban missile crisis has restarted as well. Russia is looking to establish a naval supply base there. They are also interested in the Cam Ranh Bay base in Vietnam and The Seychelles Islands. Retired Israeli intelligence chiefs and U.S. Joint Chief of Staff General Martin Dempsey joined Secretary of Defense Leon Panetta in warning Israel against a first strike. General Dempsey had his plane shot up in Afghanistan recently. Was it a warning?

Back on the economic front George Soros has dumped his shares in the major financials and put his money into gold. Many top investors are heralding a total collapse of the global economy where food, water and fuel supplies will not be assured. That may be the lesser of the evils they have planned. Regardless it's going to be like a run away freight train. GET OFF THE TRACKS. 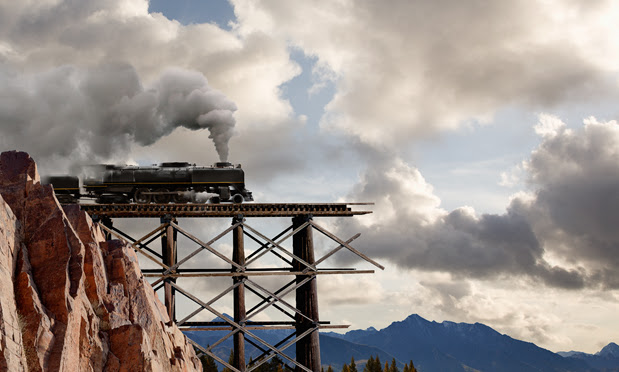