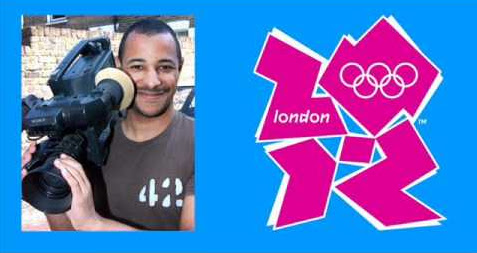 -
Our Infowars whistle blower Lee Hazeldean has another name Ben Fellows. Ben Fellows has another name Jonathan Pitt. All the aliases have a profound reason for being, but are they true?
-
Alex Jones made a coup in bringing a reporter who infiltrated G4S the Olympic security contractor to light. This company seems to have won the gold medal in absconding with the tax dollars of the British public. £284 million were fleeced by G4S. Their management fee rose from £7.3 million to £60 million. The Home Secretary, Theresa May, was fully aware of the foulups 10 months ago so Lee's expose was news to us and not to them. In fact the revelation may well have set up a scape goat for any future terror attack. G4S could be the patsy. That is why it is so important to have a credible whistle blower. There can be no room for doubt.
- 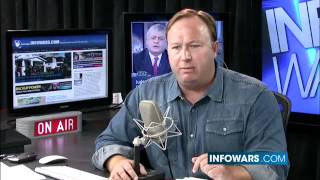 -
At first the whistle blower was anonymous which is customary from time to time. Usually the person is enshrined inside the offending institution. Their life and safety depends on secrecy. This was not the case. Lee was looking for a story and never really deployed in G4S. To identify him to the world they chose to use an alias Lee Hazeldean. If not for the fact Lee was a well known film maker to a modest degree that could have worked. Lee's image was well known as Ben Fellows film maker. So in a role requiring absolute trust, we find out we were lied to. So if his name was fictitious, was the story make belief too? Was Lee being used to shift government irresponsibility onto G4S?
-
Of course Ben had another name. He was adopted so the story goes. His birth name was Jonathan Pitt. He made a 2003 movie about that called 'I was Jonathan Pitt.' It is the search for his birth mother Imelda J. Pitt. It seems film making is in his blood. His mother is an aspiring film maker and actress like her son Ben aka Lee and Jonathan. One of her works was:
-

It was featured at the LA Film Forum. Of course the synchronicity has hit you I hope. Lee reveals a massive security flaw in the London Olympics and his mother has done a film called Disaster Recovery. The NWO commonly use film as a means to achieve ends. They can serve as cover for an operation or provide a dry run scenario for the actors and the intellects of the victims. Ben produced 'The Greenwich Village Massacre' a no budget recreation of a murder scenario in London around 2001. The film is posted in the video section. It is dark, but so is real life among the masters of tyranny. It is filmed around the Millennium or O2 Dome where the London action will be. It involves a man being coerced into murder by a diabolical voice. One of the victims is an international arms merchant. He had access to weapons from the Ukraine that included a submarine. Alternative media was concerned about a submarine leaving Germany with a nuclear weapon aboard. There is quite a difference between an old Russian style sub and the German, but...

Also of concern in the era was the status of the nuclear inventory in the Ukraine. The Russian fleet is still there. They will never cede that strategic location. Can we be 100% certain none of the weapons fell into the wrong hands? What if the murders portrayed involved the planting of a device in the Dome to await a day when the Olympics were on as the Rockefeller report alludes? Those in the arts commonly tell what they know through their art in veiled forms. They just don't flat out tell you like I do. Is this the reason for the no budget film?

Back at the opening of the Dome there was a serious concern there was a bomb planted within the structure. The opening ceremony was almost called off as then Prime Minister Tony Blair and the Queen would be officiating. Subsequently several executives were arrested and charged with fraud. The allegations included international money laundering. If a crime syndicate controlled the site, it is no stretch that it included arms merchants or terrorists. The Greenwich murders involved a case near the site and the arms dealer. Were they parties to the plot eliminated from the equation and forgotten with time?

“They said the bomb was in the southbound lane of the Blackwall tunnel, under the dome.”

The funny thing is in his film 'I was Jonathan Pitt,' Ben drives through a long tunnel. Want to bet it is the long Blackwell tunnel he takes to Mom's house? 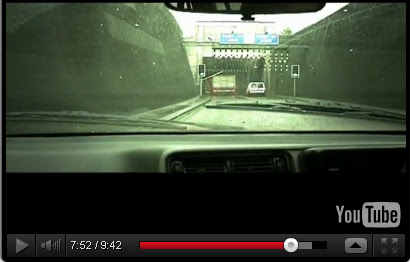 Ben Fellows on the way to Mom's via the Blackwell Tunnel

Then there was a mysterious web of ownership that involved a front man Sir Tom Todhunte an exclusive multi-millionaire from the Isle of Jersey. He had relationships with several members of cabinet. Hundreds of millions of pounds in assets can do that. The Dome was eventually bought by Italian billionaire Signor Lucrio Sospettoso. He owned the British government as well. There is talk already of including the Dome among the venues used in a future British Olympic Games. No shit.

There were reports many people were arrested with a cache of weapons and explosive materials. They were ultimately released without charge. This Dome project was a £430 billion boondoggle. It was a massive fraud with many piggies at the trough. Did a covert action team prepare the site for the future? It’s starting to look like it.

And worse one of the world’s top arms merchants fell to his death in London in 2007. Billionaire Ashraf Marwan, the son in law of the Egyptian President, was set to expose the secrets of the Middle East intelligence agencies in a book. The manuscript was missing from his apartment. The Metropolitan Police lost crucial evidence that could have proved murder. It seems there has been no end to the Greenwich murders. Like contagion, it has spread. Like good conspiracy, it is revealed.

That idea is quite prevalent in the Olympics' symbols. What are they telling us? They are showing us the relationship between the man with three names and his film noir and clues to the happenings planned for the event. My colleague Timothy Spearman adds the trilogy of names comes from the three unworthy craftsman of the third degree of freemasonry. Fellows could be a fellow of the 'craft.' They are fellows of the bell as in the clock Big Ben. It is a chilling addition to the mix. 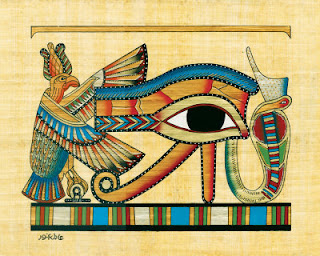 By their Gods we shall know them.
-

Horus was the ancient Egyptian sky god who was usually depicted as a falcon, most likely a lanner or peregrine falcon.[12] His right eye was associated with the sun Ra. The eye symbol represents the marking around the eye of the falcon, including the "teardrop" marking sometimes found below the eye. The mirror image, or left eye, sometimes represented the moon and the god Djehuti (Thoth).[13]

In one myth, when Set and Horus were fighting for the throne after Osiris's death, Set gouged out Horus' left eye. The eye was restored by either Hathor or Thoth. When Horus' eye recovered, he offered it to his father, Osiris, in hopes of restoring his life. Hence, the eye of Horus was often used to symbolise sacrifice, healing, restoration, and protection.[14]

-
A further update comes from:
-

Hazeldean Masonic Lodge - 21 Young Rd. (off Hazeldean Road, not far from the Timmy's on Edgewater)

"Built in 1914, the Hazeldean Masonic Lodge has served local Masons and their visitors for almost a century. The functional storey-and-a-half timber-frame building is one of the few remaining heritage structures in Kanata that pre-date the modern urban community. Inside the building is a high ceiling and balcony. Heritage photos show the first use of the Lodge in 1914 and Lodge officers throughout the years. Masonic furnishings include the Master’s and Wardens’ chairs and columns, altar with Bible, and other pieces used in Masonic ritual. Members of the Lodge will answer questions and discuss Masonic history and traditions."