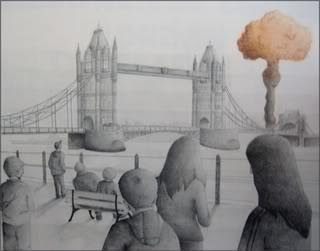 What would be the odds that Larry Silverstein's partner at the World Trade Center was a prime developer at the 2012 London Olympics? Well you don't say. Frank Lowy was another beneficiary to the insurance dowery of that fateful day in 2001.

Fifty days before 9/11 Silverstein's Silverstein Properties and Frank Lowy's Westfield America took out the famous 99 year lease on World Trade Center One, Two, Four and Five. Lowy leased the Mall of the WTC's 427,000 square feet of space. They insured their investment for $3.55 billion and received $7.1 billion in the settlement because they established each crash as a separate terror event. How extremely fortunate.

Frank Lowy's business empire is Westfield Group which includes Westfield America and the newest project of renown Westfield Stratford City which is the gate through which you enter the Olympic sites.

"Enter through the narrow gate. For wide is the gate and broad is the road that leads to destruction, and many enter through it."

In an ironic twist the next verse is quite ironic in a sort of way.

"But small is the gate and narrow the road that leads to life, and only a few find it."

In a way it is like this show. It is small and narrow and few find it. That is why this presenter never balks at the mission before us. Our faith tells us few will pass the gate that controls the next adventure to life. The masses will flock to the broad path that leads to destruction. Our Lady Gaga is supposed to have 25 million twitter followers. Is there one who could see the object of the conspiracy game in invoking mass propaganda techniques on the human psyche?

In the highlights to the terror C.V. Frank Lowy fought with the Haganah against the British colonial masters. He sits on the Board to the Australian Reserve Bank. He is a co-hort of the infamous Rupert Murdoch whose past is equally murky. He has controlled numerous Australian Prime Ministers who have been his puppets. He owned Tony Blair and the sexed up intelligence reports. He has diverted large sums of money to off shore tax havens. He is a founder of the Brookings Institution. The Clinton's are also useful pawns under his control as well.

So what would a megalomaniac with a strong terrorist background do with his spare time. He could orchestrate another 9/11 because the first one didn't achieve the desired effect in starting WWIII and usher in the NWO where he as a shadow ruler could step from the shadows. We need another new 9/11. We need it to hit the masses in their most sensitive pagan solar plexes the Olympics. The Rockefeller report even assessed 13,000 dead in the 'hypothetical' event. No one sees it coming because they have accepted the pop culture diversions. We know the unusual suspects. We look at them first. We are seldom disappointed.

Prior to the development of the Olympic site, the news was awash with details of the area being a nuclear waste dump. There were mass protests. Much of this has been swept under the Olympic rug. A news piece from the day reveals the scope of the problem. SEVEN THOUSAND THREE HUNDRED TONS (7,300) of radioactive material has been buried about 250 meters north of the Olympic Stadium. They assure us it will be safe for a thousand years. Hitler said his Reich would last a thousand years too. Maybe it will be safe until the games begin.

Though the authorities have known for some time that radioactive waste was buried in the Olympic Park it is not until now that the scale of the problem has emerged. Documents reveal that more than 7,000 tonnes of waste has been found on site to date, much of it unexpected. Some 7,300 tonnes has been placed in a radioactive storage bunker built into the approach to a bridge in the Olympic Park – within 250m of Stratford International station and around 400 metres from the Olympic Stadium. Olympic Delivery Authority contractors claim that the waste in the storage cell will be safe for at least 1,000 years. The waste, a legacy of the site’s industrial history, is something Olympic bosses have been trying to play down, stressing that it is “Low Level” and “naturally occurring” radioactive material.

However, Doctor Chris Busby, an expert on radiation and health, comments that radioactive material can be classified as Low Level or Naturally Occurring but still be extremely hazardous.

“suggests that the contamination is from significant levels of uranium. This should be considered to be a serious alpha and photoelectron emitter inhalation hazard.”

Much of the buried radioactive waste has been found on the site of the main stadium itself and includes radium, polonium, and thorium as well as uranium. The race to meet the Olympic deadline may have resulted in inadequate surveying, as the radioactive hazard was only detected after contaminated material had been unwittingly excavated.

Locations of radioactive waste discovered in excavations and stockpiles near the allotments. Highlighted for clarification. (http://www.lifeisland.org/)

The above link in the crown jewel of detailed information on the issue as you will see. They go back to the very start of the project 2007. To add perspective you can scope out the locations on the next map by using Manor Garden as a reference point.

The map shows an aerial view of Manor Garden Allotments positioned as accurately as possible relative to the ODA Masterplan as published in the planning application.

So the surveys are titled 'NUKEM'. Somebody's got a sense of humour. 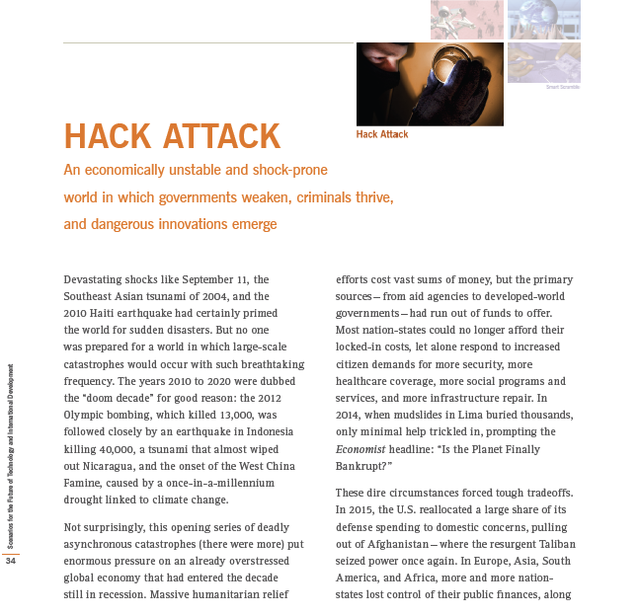 The 2010 Rockefeller report 13,000 killed at the London Olympics

The coordinates to Westfield Stratford City are:

-
We can see numerous plays on 9/11 within. It is like a calling card to their master event. The Olympic site even has a Tower Hamlet to evoke reference to the twin towers perhaps.
-
But soft, what light through yonder window breaks?
It is the east, and Juliet is the sun.
Arise, fair sun, and kill the envious moon,
Who is already sick and pale with grief
That thou, her maid, art far more fair than she.
Romeo And Juliet Act 2, scene 2, 2–6
-
And the followers of the Sun god strike the followers of the crescent moon (Islam) with a master stroke of terror. The plan is so brilliant Westfield Stratford City has a unique way of generating electricity from the footsteps of the victims. Using Pavegen floor tiles that harness kinetic energy a current could be made to encourage the demise of the site shall we say. The exact details of the project are secret. Secrets usually imply CONSPIRACY. This is where we excell. We read between the lines. How will the Act unfold? We will see shortly. We are not impressed that a major perpetrator of 9/11 and part of the shadow government owns our leaders and controls the gate where 13,000 people may enter the Olympic site and with their own footsteps set off the war against Islam they have craved so well. This is the Ph.D. level of false flag. No one does it better. Conspiracy Cafe is the point of the sword.
- 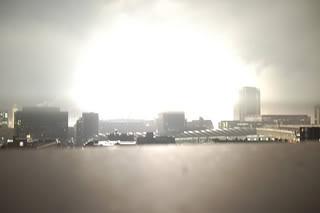 This is London calling. We have been the victim of a massive terrorist attack. Casualties are about 13,000 dead. It is 'hypothetical' terror at its best.