The 231 Gates of the Sepher Yitzirah

Genesis 2:7 And the LORD God formed man of the dust of the ground, and breathed into his nostrils the breath of life; and man became a living soul

Christians in England and in other places generally are being persecuted for their beliefs. The crux of the matter appears to be the politically correct view of science that somehow the creation of God is inferior. In the fabric of lies that are created that may seem to be a reasonable conclusion. However, as in all contentious issues it has to come as no surprise that much information has been concealed over many generations.

Many of the participants are fully aware of evidence that doesn't support their respective points of view. They have faithfully destroyed records in the Christian faith by burning the books not approved by Constantine at the Nicene Council. This is a very pertinent because we must understand that Christ was marched to the cross by the Roman Empire. It then fell upon a Roman Emperor to decide what was Christ and his faith. I think if we keep our minds neutral from previous programming that that represents a serious conflict of interest. These scientific questions of the highest order determining destinies today were made in 325 A.D.

This gives science quite the advantage over the centuries because they can use the latest and greatest discoveries to debate the knowledge base of 325 A.D. Those people who tried their best to understand God's creation did their best with the abilities they had at the time. As an example the Indians of North America called the steam train an iron horse. It was the best description they could make based on the knowledge they possessed at the time. The Bible refers to flaming chariots in 2 Kings 2:11. That was the best the writer could do at the time. It doesn't negate the observation because we can describe it better today.

Science prefers to use the research of Charles Darwin to uphold its dogma on creation. It is heresy to not accept evolution. So now the scientists are trapped in an 1859 thesis on the creation of man as evolving from apes. Other scientific additions have to accept Darwin's dogmas or fail to be accepted by fixed modes of thought. So we can see that both sides have a serious margin of error introduced at the very beginnings of their analysis. The greatest scientific mistake they have both made is believing that time was fixed forever at the point 325 or 1859. Time marches on and so does the evidence because it is evidence that we are analyzing not dogmas. Evidence is a compass that leads you. If you destroy it or fail to take it into account, you are doomed to remain lost. 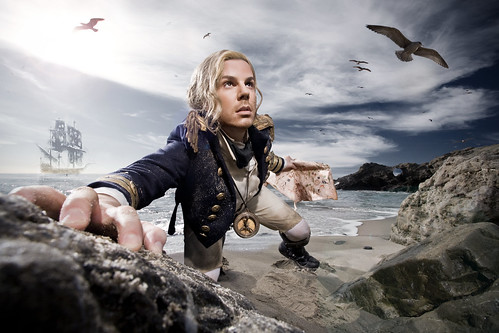 The quest for knowledge

As we become familiar with the banned books of the Nicene era, we find many concepts outlined that exceed the level of science that exists in the minds of the Darwinists. The Book of Enoch talks about other dimensions that exist in the heavens. Remember the iron horse. It is being described to the best ability of the writer at the time. However, it is too much knowledge for the leaders of the early church to consider sharing with the masses. The church was the government for quite a long period of human history. Their monopoly on power was a horrid period for the human race. The dictates of Christ were avoided as the plagues that overwhelmed the world.

The Book of Adam was a book from God on the creation. There was only one copy ever. It couldn't be copied due to a special quality of the mysterious substance it was printed with. It explained creation. It could only be understood by those with spiritual maturity.

The Dead Sea Scrolls and the Nag Hammadi texts have added weight to the early history of humanity. The Apocrypha are a surviving series of books discarded by the Nicene Council. I have an old copy that outlines the reasons. One book was discarded because the author believed there were lands on the other side of the seas. I think we can safely say he was quite correct in that belief. Billions of people have been denied access to those thoughts. The other age old dogma was the battle then. Conspiracy advocates were trying to allude to the Earth being round. The political establishment wanted it to be flat. Their primary reason was perhaps the quest for riches as opposed to truth.

So we must conclude that few if any people have ever desired the truth to be known. Christ said it would set us free. He was quite correct. The world in its many manifestations wants the human race to exist as slaves ergo the truth is kept concealed. The most effective method was to destroy the manuscripts and even kill the people who thought outside of the prescribed limits which frequently meant the scientists. Now the shoe is on the other foot because the scientists want to keep repressed any knowledge that would prove the creation at the hands of a creator. Their dogmas would be exposed as at best half-truths. They care not about the truth just like the old church. They desire money, power and control just like the men they take delight in lampooning. Both are right, and both are wrong. Both are lost in a wilderness of thought based on tampered evidence. In American law they call it fruit of the poison tree. If the tree was poison, i.e. the evidence tainted; then all the fruit from the tree is poison or worthless. The case is dismissed. It is no different with the tree of life the creation. If we only have tainted data sets to base our cases on, they can never be anything but wrong.

We cloud the matter further by applying emotions from our human dysfunctions to the field. However, God was prepared for all this. He coded the true data set in our DNA. Can you imagine the degenerate minds who tortured and killed for the concealment of the truth coming to terms with the fact they carried the information in their DNA's and like everything else passed the information on indefinitely to the future where a time would come whereupon it could be read. Here the scientists keep silent and the state conceals the information so that we cannot find out the message in all DNA is the same - "The God within us." It is the ultimate time capsule. Science has come to accept that as the link explains as the most effective method to send a message through time. So we fought over information for nought because we all carried it into the future. All we had to do was love one another and wait until the DNA code was broached.

So scientists and churchmen are the same. They like the rest of us are sinners. They are committed to force their way to a truth corrupted by the data set regardless. They will maim and kill for the privilege. One of the other ancient texts is the Sefer Yetzirah the Book of Creation. This sacred text was thought to have been written in the 2nd century B.C. Abraham was the recipient of the book. It lead the way to wisdom. It explained the covenant of God's language. This is where the concept of the elements of fire, air, earth and water are the scorn of modern science. In God's language the heaven was produced by fire. What if that iron horse meant the big bang? Water formed the earth, then the air came from the fire. One of the best explanations I've heard on the matter concerned the chemical composition of these 'elements'. Air is mostly nitrogen. Water is mostly oxygen. Fire as in the Sun is mostly hydrogen. Oxygen and hydrogen make up a large part of the Earth's crust and humans are oxygen and hydrogen as well. We are the dust from the earth you see.

The 22 letters of the old Hebrew alphabet are the recipe for the creation. They are a living language. The letters can be numbers. They can substitute chemicals in the DNA double helix. In a further revelation Stan Tenen discovered that the Hebrew letters generate a mathematical Torus when a particular portion is removed from Genesis. It forms an image of the human hand. Each letter is built upon the others starting from the first. He found the words fire and six edged thorn meaning tetrahedron which points in the direction of 27 directions of hyper-dimensional space. He further discovered the Hebrew Bible is written in the form of a hologram. The first word expands into the whole. This is called a compression program. As pi links radius and circumference, the sacred texts link consciousness and the physical universe. Its form ends with the double helix.

Pattern recognition reveals code. Tenen found base 3 to be a solution. A toroidal pattern emerged. He develops the words into images. One is termed the golden spiral. Tenet states that at 56 days the golden spiral matches the human embryo exactly from the head and the spine. He concludes that consciousness like the symbol pi is not owned by anyone. I would concur. If God is the creator, then the creation is his as property rights go. Everything we create as part of his creation is his too. The "Meru flame letter" in a tetrahedron is what Tenen refers

to as the "Light in the Meeting Tent." The version shown here

was drawn in 1986 and has since been refined to the

version shown at the head of this article.

The words are numbers and equations that rise from the text and form complex ideas and shapes that transcend our abilities to think and reason. How great is that? Virtually everyone except the very few chosen by God can even begin to understand the dynamics of his creation. It is endless in time and space. Gregg Braden author of The God Code has reported on experiments that both scientist and churchman would scorn. Dr. Vladimir Poponin a quantum biologist introduced DNA into a vacuum space with random photons. The photons aligned themselves. Upon removal of the DNA, the photons stayed aligned.

In the second experiment done by the military, DNA from white blood cells was removed from test subjects and placed in another room. When the test subject was exposed to emotional stimulation the donor and the DNA both reacted the same. Therefore there must be a form of energy connecting the host and the DNA. The tests were done at a maximum distance of 50 miles. That should be front page news. It is not. We are to be kept in our niches with no opportunity for development.

In the third experiment placental DNA was given to 28 researchers who placed the DNA in a container where they could be measured. The researchers were able to generate feelings and emotions. The DNA reacted to these emotions. Gratitude, love and appreciation opened the DNA. Anger, fear, stress and frustration closed the DNA up. They switched off. Positive feelings in HIV positive patients created 300,000 times the resistance to the disease. These experiments show that both science and religion have left much out of the loop of data for discernment. Both are right to a degree, and both are wrong. The fact we fight and war to prove a point that is in error accounts for God's labeling us sinners. We have a long way to go to reach a degree of understanding of the creation. First is to understand we were created. Second is to clear our minds of the errata that has acted like a computer virus on our minds. Third is to follow Christ's dictate to love one another. There is reason to it. It opens the DNA helix to commune with God.

The compass and the dust