If you wanted to commit one of the greatest heists of the century, what could you possibly do? You wouldn't want to be found out. If you were apt to abscond with hundreds of millions if not billions, much evidence would have to be destroyed. Covering your tracks would be very, very difficult. A better plan would be to have a scam where the evidence would be totally unavailable for a couple of lifetimes. What if we devised a scam to go to the moon. If there was no viable way to get there anyway, no one could ever verify that we defrauded the money. The lie could live a long, long time. We know the brain fills in the gaps the eye transmits. With a colourful script, people's faith in government and the media; we could easily dupe them. We could brand discovery as conspiracy, and as technology takes us deeper to the moon, we could launch a missile and blow up suspect areas covering the supposed tracks we left behind. All of this could be done in the open because people do not question what they have been told by those in authority. Bank secrecy will keep the funds hidden. Malcontents could be eliminated, and co-conspirators could be kept easily in line thereafter. 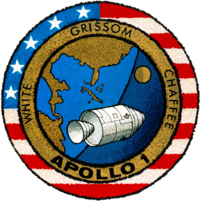 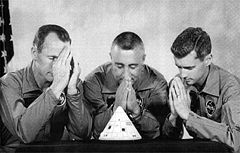 The Apollo 1 crew expressed their concerns about fire hazards and other problems by presenting this photo to ASPO manager Joseph Shea on August 19, 1966. 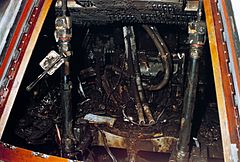 The crew members were using the time to run through their checklist again, when a voltage transient was recorded at 6:30:54 (23:30:54 GMT). Ten seconds later (at 6:31:04), after Chaffee said the word "Hey", scuffling sounds followed for three seconds before Grissom reported a fire that began that minute. Chaffee then reported, "We've got a fire in the cockpit," while White responded to Chaffee's comment. After 12 seconds,[17] Chaffee urged the crew to get out of the command module.[17][18] Some witnesses said they saw White on the television monitors, reaching for the inner hatch release handle as flames in the cabin spread from left to right and licked the window. The final voice transmission from the crew was very garbled. "They’re fighting a bad fire—let’s get out. Open ‘er up" or, "We’ve got a bad fire—let’s get out. We’re burning up" or, "I’m reporting a bad fire. I’m getting out." Only 17 seconds after the first indication by crew of any fire, the transmission ended abruptly at 6:31:21 with a cry of pain and then a hiss as the cabin ruptured after rapidly expanding gases from the fire over-pressurized the CM to 29 psi (200 kPa) and burst the cabin interior.[19] 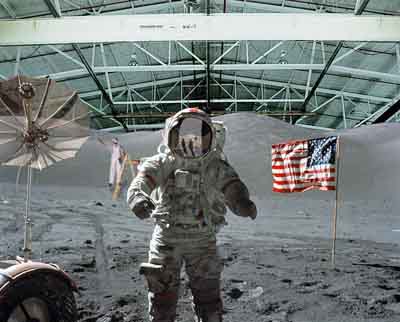 Was the moon program an elaborate hoax? Many people seem to think so based on a litany of faux pas. The flag blows in a non-existant wind. The lighting is all off. The astronauts fall at the speed of Earth gravity, etc. However, now there is a new piece to the puzzle. The one of a kind moon rocks are found naturally on Earth too. They are old and rare, but from Australia not the moon. The new cover story is the Moon and the Earth evolved the same way. I guess a lie is better than a capsule fire.

Last of three minerals brought back by Apollo mission in 1969

May be 'widespread' on Earth

Proof that Earth and the moon share the same chemical processes

Australian paleontologist Birger Rasmussen has found tranquillityite, a mineral thought to be unique to the moon, in billion-year-old rocks in Western Australia.

When the Apollo astronauts returned to Earth, they brought back three minerals - armalcolite, pyroxferroite, and tranquillityite, named after the Sea of Tranquillity, where astronauts landed in 1969.

The first two were subsequently found on Earth - but the third, tranquillityite was thought to be the 'moon's own mineral'. 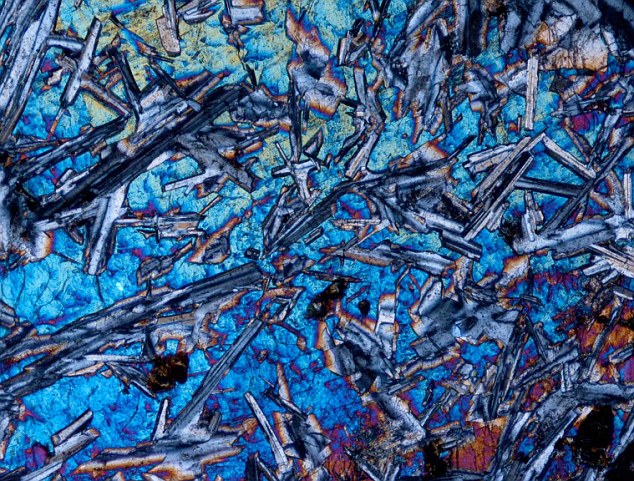 A mineral brought back to Earth by the first men on the Moon and long thought to be unique to the lunar surface has been found in Australian rocks more than one billion years old, scientists say 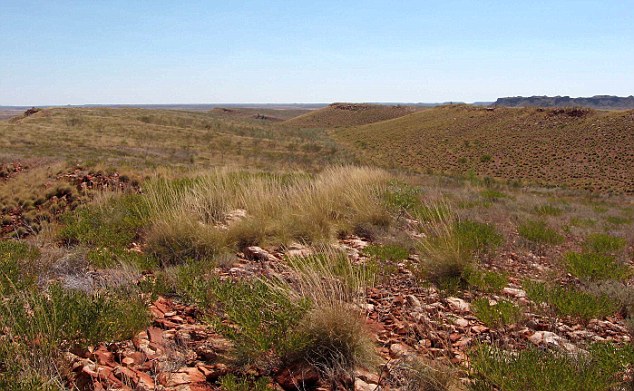 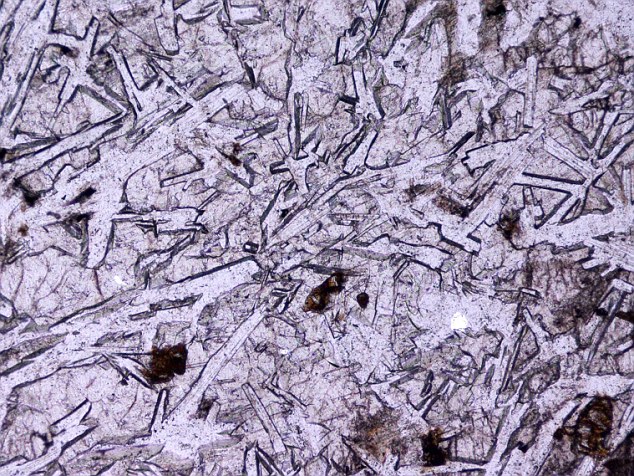 Thin slices of the dolerite which contains tranquillityite - a mineral thought to be unique to the moon, but is now thought to be 'widespread'

In a paper published this week, Rasmussen reveals that the mineral is present in six sites in Australia - and might be 'widespread.'

Rasmussen told the Sydney Morning Herald, 'This was essentially the last mineral which was sort of uniquely lunar that had been found in the 70s from these samples returned from the Apollo mission.'

'The mineral has since been found exclusively in returned lunar samples and lunar meteorites, with no terrestrial counterpart. We have now identified tranquillityite in six sites from Western Australia.'

Rasmussen says that it's proof these minerals were 'always' part of the Earth - and that similar chemical processes are at work on earth and on the moon.

'This means that basically we have the same chemical phenomena on the Moon and on Earth.'

In a paper published in the journal Geology, Birger says that he analysed moon rocks, then looked for the mineral in samples from Earth. He said that the reason no one had found it was that, 'No one was looking hard enough.' 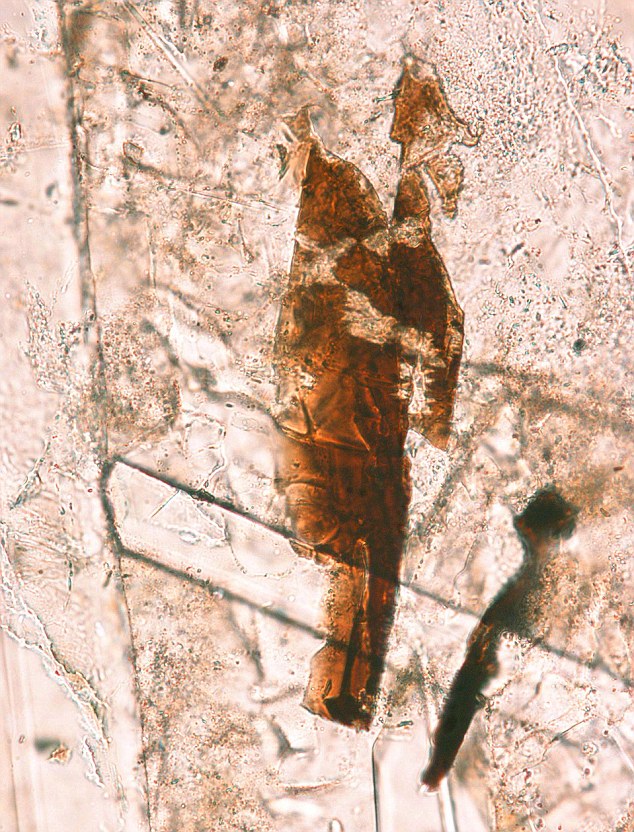 Birger says that he analysed moon rocks, then looked for the mineral in samples from Earth. He said that the reason no one had found it was that, 'No one was looking hard enough' 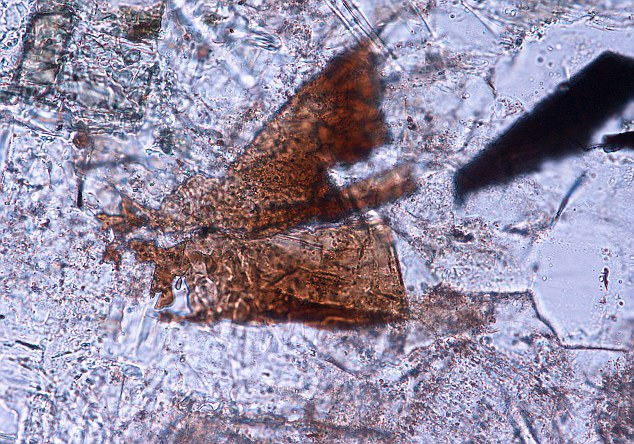 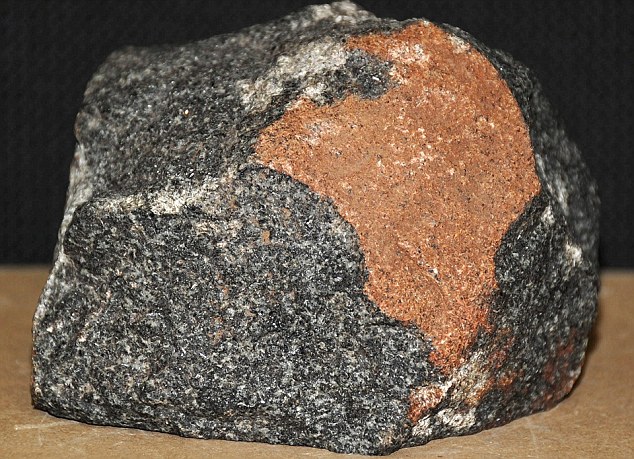 So you see even the rocks give up their secrets if you know how to read the signs. We read them a bit differently that's for sure, but we know the 'C' word. Nothing has changed since the repression of the world being round knowledge.