WITNESS TO HISTORY OR AGENT PROVOCATEUR?

On the anniversary of the Kennedy assassination a top Canadian journalist and newspaper editor Peter Worthington has written about his part in the historic event. 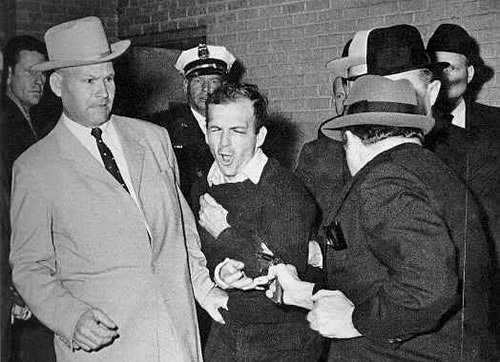 He was in Dallas when Lee Oswald was shot. He was in the police station actually in the line of fire so he claims. We examine the evidence. We conclude that the shooting of Lee Harvey Oswald was a staged event. The movie men made a few errors.

However, first we will examine the background of Mr. Worthington. He is a veteran of the Canadian Navy and the Army having fought in the UN army in Korea with the Princess Patricia's Canadian Light Infantry. He was supposed to be a platoon leader and the regiment's intelligence officer.

There's our first clue. Mr. Worthington has entered the world of the covert arts and sciences. His father was a mercenary fighting in Nicaragua and even Cuba. He was wounded in his service to whatever money baron was paying his wages. Peter ended the war serving under the USAF Mosquito Squadron.

In the post war world if there ever was one, he completed degrees at university and entered the world of journalism which was always one of the best covers for an intelligence operative.

Outside of Dallas he was in all the hot spots of world conflict in his day. He was in the Gaza as one of his first assignments. He was in Algiers and Angola in 1961. In 1962 New Guinea when it was invaded by Indonesia a country that made killing for big oil a mantra. President Obama's mother was married to that big oil.

He was also in India for the Chinese invasion. He was posted to Moscow in the old cold war. He covered the Six Day War from Cairo. He was in Prague for the 1968 rebellion. Nigeria was graced with his company through their civil war.

So we have to ask the question soldier, tinker, or spy?

However, back in November 1963, he was heading to a big story the death of Lee Oswald in Dallas. The Toronto Telegram his journalistic cover sent him there via Washington. That seems strange in light of the fact everyone knew where the action was. Could it be he was going to be briefed by his intelligence masters in fine detail?

Catching the red eye he flew to Dallas. He had a funny feeling about the scheduled 5 p.m. prisoner transfer and went instead to the Dallas police station to scope the place out like a good soldier. It was a wise move. He didn't miss the shooting of the century part two.

Everyone saw him in the news footage. He was in the line of fire he says. But like many tall tales sometime truth is stranger than fiction. In examining some of the photos which in the past I just accepted as gospel, I found glaring irregularities. There were at least two shoots to the movie. Somewhere the director shouted, "CUT!" and they reshot the scene. They made a serious error in not painting the little foot prints on the floor. OOPS! 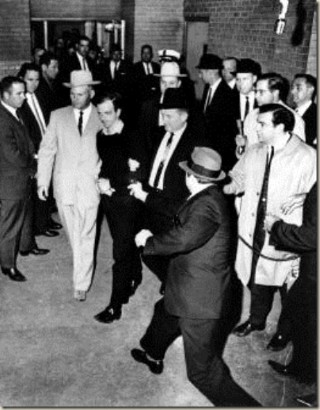 Everyone remember this. Jack Ruby, if that's who he really is, is one step or less and a thrust of the arm from destiny. Or is he? At the far right to the Sheriff escorting Lee are three men standing at the corner of the brick wall. To the left of the Sheriff in the dark suit escorting Oswald are two members of the press holding microphones. The one with the glasses never moves and could get a job as a mannequin. The other one now he's a pistol. Notice the light coloured trench coat. Now we will advance the film by the time it takes to thrust an arm forward in a dastardly murder attempt. 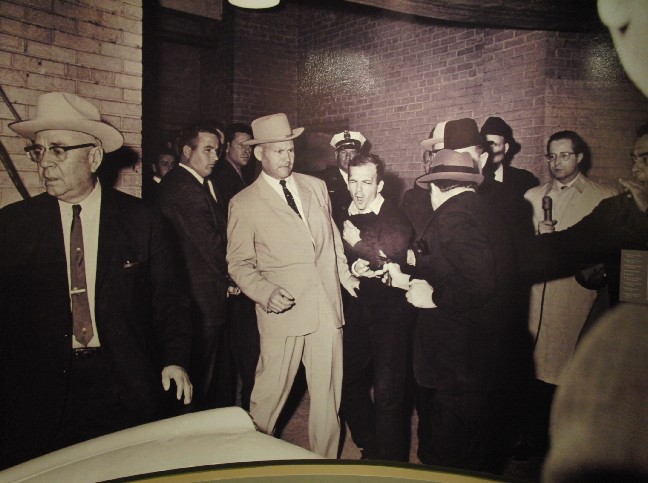 See the magic trick. You didn't hear the director and the assistant. "Take two the shooting of Lee Harvey Oswald." "Action." Jack Ruby or at least the man they say is Jack Ruby continues the lunge and fires the gun. The elapsed time should be a second or two. Do you notice the back of the car in the foreground that wasn't there before. In the video it is backing up fast enough that one would want to jump out of the way. But look for the man in light trench coat. He's not there anymore. The man smoking the cigar in the black suit has taken his place. Shazam! Now look at the three men by the brick wall. Miraculously they have moved to the other side of the wall. The furthest one is actually behind the Sheriff's stetson now. OOPS! Somebody forgot to put the little foot pasties on the ground. Everyone seems so nonchalant as well except for Lee. Notice the Sheriff's suit. A lot of grime comes out of a short gun barrel. The gun is a Colt with a two inch barrel. There would be a lot of unburned powder residue soiling the nice suit. 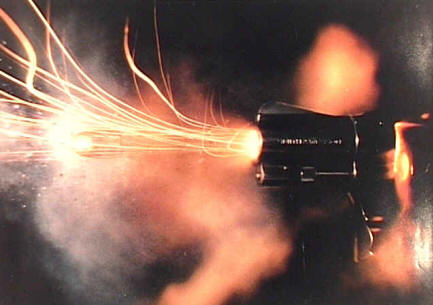 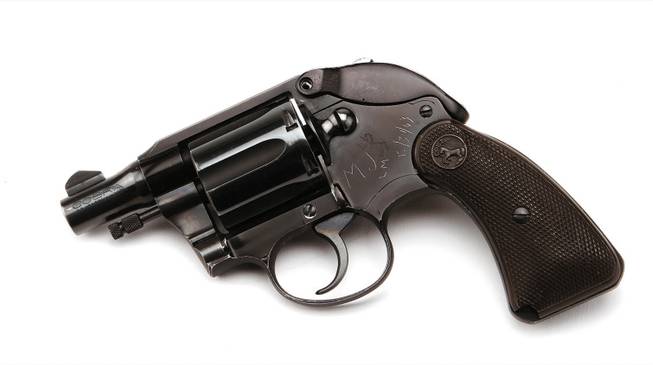 Mr. Worthington said he saw the bullet under Lee's skin in the vicinity of the liver. I see the gun pointed into the chest near the heart. We may not hear it, but that's a sucking chest wound. It's going to burp and froth and gurgle until we seal the chest cavity hole. The three amigos look like they're waiting for the bus or the director to say, "CUT! It's a wrap."

We return to Mr. Worthington. He becomes the talk of the town for the stroke of luck to get the story his handler's briefed him on in Washington. When his paper goes out of business in 1971 he starts the Toronto Sun. Having been made familiar with Operation Mockingbird we wonder if he had a little help from his friends in the alphabet soup companies. He was outed as an FBI informant turning in his commie friends and noted Canadian lefties. He was charged once under The Official Secrets Act for revealing secrets about Canadians being recruited by the KGB. The charges were dropped eventually. He was the only Canadian journalist so honoured. Or perhaps that established his cover better.

He is connected to Axis of Evil speech writer and Bilderberg attendee David Frum being his wife's step father.

He says that over the past 48 years there has been no memoir, diary or deathbed confession that ever indicated a conspiracy. He must live in a shoebox because that's not true. Lyndon Johnson's mistress and lawyer both admitted such. E. Howard Hunt left a written confession. You see a mockingbird can never reveal the truth. He must advance deception to control the hearts and minds in the propaganda war. Having been in the Dallas killing room, you would think a newspaper man would get LBJ's psychiatric records where he may well have confessed his role personally. However, that's not for him. He dissed Judyth Vary Baker as nonsense. What should we expect from the Canadian CIA man? With his last breath, he'll lead you astray I fear. It gets the boys riled up to fight in the wars corporations require.

I find the look of utter shock and fear to be strange to a combat veteran. One would expect instant action like a counter attack. It's a reflex action. It took me a long time to turn that feature off after being in the hold up business. At the sound of a shot or the flash of a weapon you just lay someone out. Maybe his resemblance to Mr. Spock was the look of the man who said the other actors beamed up to the Enterprise.

Of note the famous photograph won the photographer, Robert H. Jackson, the Pulitzer Prize. Not only that he was in the motorcade press car and just happened to photograph the school book depository window seconds after the last shot was fired. However, that doesn't seem to be too famous. It hasn't made the rounds as I recall.

Another issue is the gun. The Colt Cobra is very unique as far as the grips are concerned. I know my guns. I've owned a Detective Special. They have the same grip. The Cobra has a hammer shroud. I could swear the gun Ruby is holding does not. The grip protrudes from his fist. It looks wooden and not knurled like the Colt grip. You never forget the grip of your pistol especially under extreme stress events. 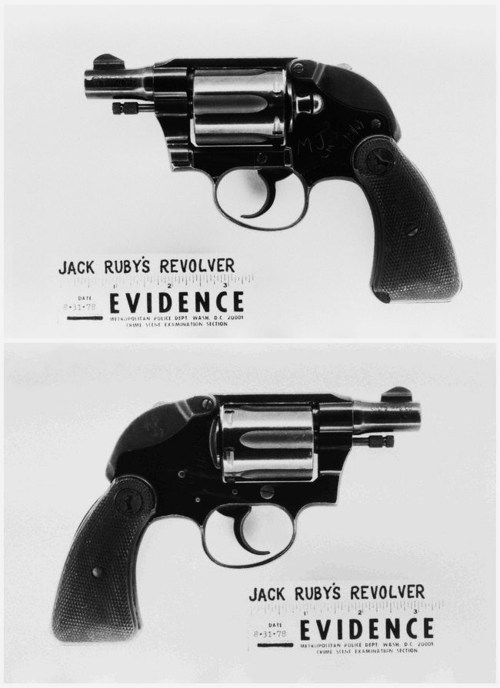 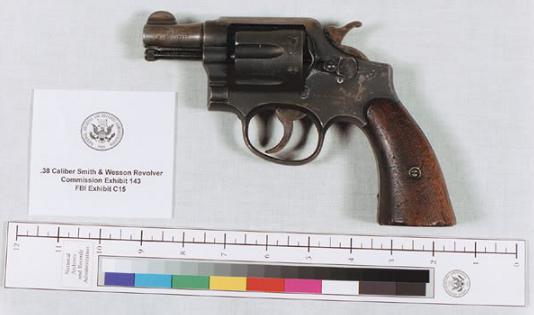 This is a Smith & Wesson Military & Police. It's an older version with the plain wood stocks and no hammer shroud. It looks more like the gun in Ruby's hand. I swear I see the hammer. The end of the grip looks smooth and not knurled too. 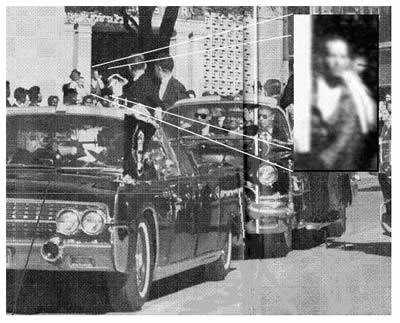 And last but not least. Is that Lee standing there?