The Red Neck Hunters Will Be Killed First 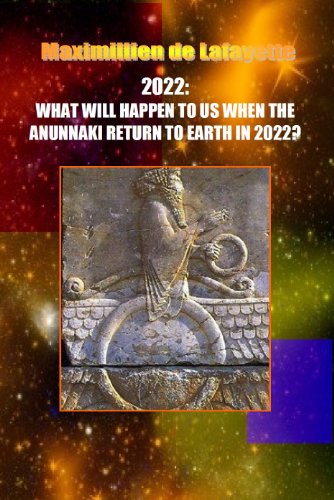 The world is in a form of stasis that exceeds the parameters of The Twilight Zone. There have been fundamental changes in the human dialectic that could be only in the past been understood as science fiction. As I reviewed Maximillian de Layfayette's recent edition 2022: What Will Happen To Us When the Annunaki Return to Earth in 2022? The mind roadblock long established that there can be no other 'advanced' form of life to compete with or be superior to us. As long as we refuse to consider another possibility, we remain in a doom loop because it is fundamental to know and understand the enemy. This writer left the reservation of the thought prison some time ago. Ancient history is very clear that there were advanced civilizations in the past. A buzz word was associated with it to preclude most people from even considering the perspective. Before conspiracy, there was pseudo. However, if we start the trail, we find incontrovertible examples that are being made targets to world domination. That is the elephant in the room.

One of the main 'alien' species was called the Annunaki. This group was the one that created humans some 65,000 years ago through DNA modification. This is referred to as Human 1.0. The author reveals the Annunaki are coming back. They are unhappy with the dark side of the human species. Another form of 'life' the Grey have controlled humans and altered DNA. Traits including greed, hate and loss of understanding have been conjoined. The Annunaki are returning to cleanse our biosphere from these traits by killing the Greys and those humans who are contaminated. The list of demands clearly illustrate that the author is delivering the goods here.

One of our great sins is greed. I concur. To remove that sin, they will eliminate money. They claim advanced civilizations have no need for it. I would say that introduction was a major factor in our downfall. Of course, the solution is the Central Bank Digital Currency. This is the mantra of the World Economic Forum for some strange reason.

This isn't the only adjustment to society. One of the other push button issues is humans have gender. They have gone far past that. Life is created more in the test tube. The Greys have no genitalia. They were given in treaties the right to experiment on and harvest the DNA of humans with an emphasis on children. They have Progeria.

Of course, the most important thing that has to be accomplished is the humans must have their DNA upgraded to suit the new masters. It is hard to deny the elephant in the room at this point. Most every nation and organization in the world has been mandating its people submit to gene enhancement therapy thereby creating a new form of life termed homo borg genesis by the military many years ago. Various substances are inserted into the human body at great peril. These perils are written off by governments and medical authorities as conspiracy theories. After rigor mortis settles in, that's a difficult lie to spin, but people love their narratives and follow them to death in many cases. There has never been an event like this that I'm aware of in our recorded history. I take the demands as gospel.

The term Borg is very prescient because just as their portrayal in Star Trek shows, they are a computer dominated hybrid species devoid of any ability to act independently. They are robots. That is our fate too. Unfortunately the program doesn't end at the completion of a film or novel. It is permanent. We lose the gift of free will that was restored after our extracation from Egypt. Egypt was mitzarayim the narrow path between the two heavens. The other heaven is extolled by Facebook as the Metaverse. Meta means pyramid in Latin. Hint. Hint. Though the Annunaki abhor our violent tendencies, they are prepared to eliminate the defective humans and the Greys. They have designed a parallel reality where the selected souls will be stored while the destruction process is completed. It was described as a giant bubble. By some amazing coincidence one rather unusual bubble was observed in Siberia in 2017. Ironically Israel and the United States were reported to have signed a treaty with the Galactic Federation about that time. Israel's top space scientist reported it. The codicil was we were to perform an experiment. Would that mean inject humans with an experimental 'vaccine' universally?

The Annunaki used a formula to determine how many humans would be spared. The Georgia Guide stones always had the number pegged at 500 million. The 1994 Cairo Population Conference allowed 800 million. What a coincidence. Shazam. The Annunaki state that advanced civilizations have no use for humans. We have no value to them. We are interstellar cockroaches. Patents reveal our role as surviving slaves will be computing nodes imprisoned in SMART cities. Humans in the past could think and reason even though they were non technological civilizations. They could also fight. It is amazing the generation most inured to technology is the least able to comprehend its use, but the race goes to the swift not the anesthetized.

They wouldn't need the guns if they weren't a threat to the Annunaki.

Though they are developed past the human tendancies to violence, the Annunaki are well prepared to fight. The red neck hunters with sporting rifles will be killed first. I marvel at the sport shorters who are so ignorant of the strategies of war that preceded the chariot cannot understand for the slightest moment that they are termed an enemy combattant in the conquest of Earth and our species. Most would have willingly submitted to the gene therapy and surrendered their minds, bodies and souls to the pogrom. Most lesser forms of life would have caught on sooner. A prototype future was planned for New Mexico. It is a beautiful digital prison from which you can beg and grovel for every breath you take, every thought you make will be via the central entity computer. The Annunaki have the instrument of annihilation waiting for the soul harvest. Lyndon Johnson called them the masters of infinity as a Senator in 1958. The Zombie Apocalypse will be complete. You snoozed. You lost.