The Ukrainian Army is in a state of emergency - All elite units are being moved to Liman, Kupyansk, Bakhmut 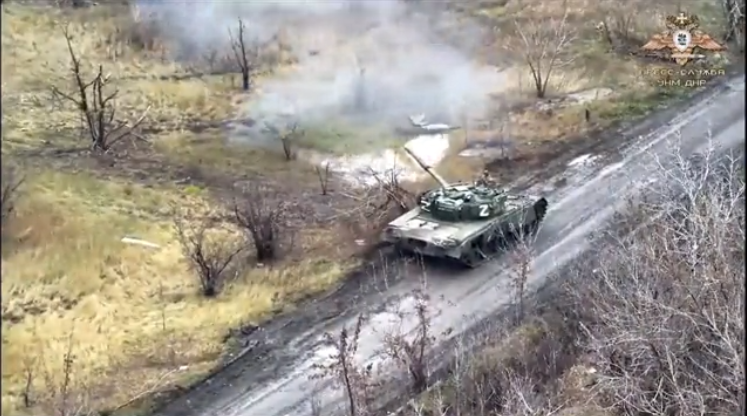 The Ukrainian Army has entered a state of emergency in the Donbass as Russian forces advance on several fronts. The Russians have entered Vodiane and are very close to clearing Nevelskoye as well, shielding the Donetsk perimeter.

At the same time, the 65th Brigade and the 16th Battalion of the 58th Independent Motorized Brigade leave Zaporizhia and rush to Bakhmut.

All indications are that the Ukrainian offensive towards Melitopol and Berdyansk has been called off. Their primary purpose now is to strengthen the defense of Bakhmut. But for how much and at what cost?

We can say that S.Surovikin put the gun to the temple of V.Zelensky and the Ukrainian generals.

And this is because the Ukrainian military command is faced with a nightmarish choice:

Which areas to reinforce with military forces and which to abandon. Even with existing forces and not counting the 250,000 Russian reservists who have not yet moved to the Ukrainian fronts, the Ukrainians are not holding out.

Therefore very soon Kiev will have to decide which areas it will surrender and which it will defend to the end.

According to information, the Ukrainian administration has decided to strengthen its forces in certain areas in Donbas by sending elite units.

These are mainly the Krasnolimansk and Kupyansk directions. The reason for the hasty transfer of forces is the fear of the Ukrainians that the Russian troops will break their defense arrangement.

Under the weight of adverse developments, the Ukrainian military command is moving the 80th, 81st Airborne Brigade and the 95th Separate Airborne Brigade to the Krasny Liman and Kupyansk regions.

We are talking about additional reserve formations of these brigades, left for emergencies.

The recent successful actions of the Russian military forced the command of the Armed Forces of Ukraine to take these measures in order to prevent a possible collapse.

We remind that the Armed Forces of Ukraine continuously carried out attacks for two months near the cities of Svatovo and Kremennaya in order to break the front in the Lugansk zone of responsibility.