MP BEN BRADLEY: Why I refuse to take part in the Orwellian 're-education' courses on 'unconscious bias' 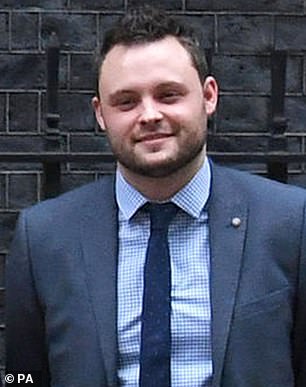 By BEN BRADLEY FOR THE MAIL ON SUNDAY

Ben Bradley (above), Conservative MP for Mansfield, has made it clear he will not be taking part in any 'Unconscious Bias' training

Imagine being called in to the boss's office tomorrow morning, a bit nervous and unsure what it is you've done wrong, and being told you've been reported by a colleague.

You've been caught saying that you disagree with the idea that Black Lives Matter is helping to deal with racism, that in fact you don't believe Britain is a racist country. And now you're to be 're-educated'. You're going on a course…

It sounds like something from Orwell's 1984, yet hundreds of thousands if not millions of people in workplaces around the UK have been ordered to attend special training sessions of this sort.

Many push a 'Critical Race Theory' ideology that suggests that – whether you know it or not – your views are tightly defined by your age, gender and skin colour. And these courses are run by 'educators' who want you to recognise and 'check' your privilege, and to understand just how little you really know.