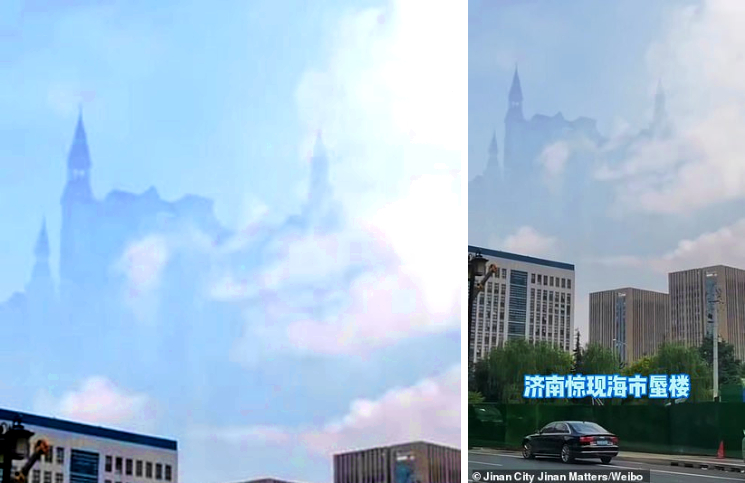 The unusual scene occurred this morning in Jinan, China, according to media

Reports said the sight was a mirage, a form of illusion common in humid weather

By BILLIE THOMSON FOR MAILONLINE

Footage of the likeness of a Hogwarts-style castle appearing to float in the sky has caused a sensation on Chinese social media.

The ghostly image of what looked like Harry Potter's school was spotted hovering above modern buildings in Shandong Province in eastern China this morning, according to accounts.

Local media reported that the sight was a natural phenomenon called a mirage.