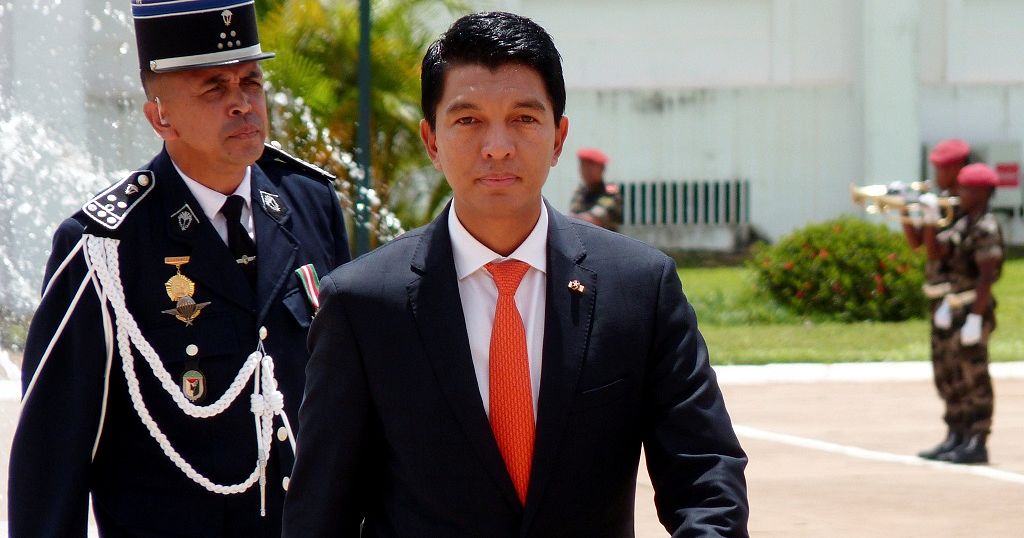 In a shocking development the President of Madagascar has made a sensational claim that the WHO offered $20m bribe to poison COVID-19 cure. The herbal remedy called COVID-19 Organics made from Artemisia can cure COVID-19 patients within ten days said the President. He also raised the question that if it was a European country that had actually discovered this remedy, would there be so much doubt?

The President of Madagascar Andry Rajoelina has accused the World Health Organisation of a plot to have its COVID-19 Organics, the local African ‘cure’ for the virus poisoned. Rajoelina claims WHO offered a $20 million bribe to poisoned their medicine, Tanzania Perspective reported on the front-page of its 14th May edition.

The President of Madagascar believes the only reason the rest of the world has refused to treat Madagascar’s cure for the coronavirus with urgency and respect is that the remedy comes from Africa.

In an interview with French media, President Rajoelina reportedly said he has noticed what he believes stems from usual condescension toward Africans.

We need your support to carry on our independent and investigative research based journalism on the external and internal threats facing India. Your contribution however small helps us keep afloat. Kindly consider donating to GreatGameIndia.

“I think the problem is that (the drink) comes from Africa and they can’t admit… that a country like Madagascar… has come up with this formula to save the world.”

“What is the problem with Covid-Organics, really? Could it be that this product comes from Africa? Could it be that it’s not OK for a country like Madagascar, which is the 63rd poorest country in the world… to have come up with (this formula) that can help save the world?”

“If it wasn’t Madagascar, and if it was a European country that had actually discovered this remedy, would there be so much doubt? I don’t think so,” said Africa’s youngest head of state, the President of Madagascar Andry Rajoelina.

Follow the link below to watch the full interview…

The remedy, COVID Organics, is made from Artemisia, a plant imported into Madagascar in the 1970s from China to treat malaria. Artemisia has had proven success against malaria and according to President Rajoelina it can cure COVID-19 patients within ten days.

However, the WHO has criticized such natural therapeutic measures against the coronavirus as blind faith. In response to the skepticism with which the WHO is treating the COVID Organics, Rajoelina said, “No country or organisation will keep us from going forward.”

A host of other African countries including, Tanzania, Guinea-Bissau, DR Congo and Niger, have imported the Madagascan made recipe.

Based on intercepted human intelligence report, a controversy has erupted in Nigeria whereby #BillGates is accused of offering Nigerian House of Representatives a $10 million bribe for the speedy passage of a forced vaccination program for #Coronavirus.https://t.co/e1G8PAWhFB

Meanwhile, in yet another African nation Nigeria, Bill Gates has been caught bribing forced Coronavirus program. Based on an intercepted human intelligence report, a controversy has erupted in Nigeria whereby it is revealed that Bill Gates offered $10 million bribe for a forced vaccination program for Coronavirus to the Nigerian House of Representatives.

The opposition political parties rejected the “foreign-sponsored Bill” mandating the compulsory vaccination of all Nigerians even when the vaccines have not been discovered and demanded the Speaker be impeached if he forces the bill on members.

Just a couple of days later, an Italian politician demanded the arrest of Bill Gates in the Italian parliament. Sara Cunial, the Member of Parliament for Rome denounced Bill Gates as a “vaccine criminal” and urged the Italian President to hand him over to the International Criminal Court for crimes against humanity. She also exposed Bill Gates’ agenda in India and Africa, along with the plans to chip the human race through the digital identification program ID2020.

Looks like WHO’s days in Africa are over. Days after Tanzania kicked WHO out of the country, now Burundi becomes the second African country to expel entire WHO #Coronavirus team from his nation for interference in internal matters.https://t.co/dRHcljtXZe

The Madagascar controversy has erupted days after Tanzania kicked out WHO after Goat and Papaya samples came COVID-19 Positive. With the rise in false Coronavirus cases, the Tanzanian President John Magufuli growing suspicious of the World Health Organization (WHO), decided to investigate the claims himself.

He sent the WHO samples of a goat, a papaya and a quail for testing. After all 3 samples came COVID-19 positive, the Tanzanian President is reported to have kicked out WHO from the country.

Following the Tanzanian lead Burundi also kicked out entire WHO Coronavirus Team from the country for interference in internal matters. In a letter addressed to WHO’s Africa headquarters, the foreign ministry says the four officials must leave by Friday.