All the Queen's Agents and Corporations that Control the World

The history books were written by the victors and their big publishing houses. And it was much easier to control the new colonies by letting them think they had won their independence, while the British Crown carefully laid their tentacles throughout America, tentacles that grew longer and stronger with every passing year.

We aren’t the America we think we are. That’s the big red pill. Most of us on planet Earth are still under the Queen’s rule.

To get started with the real history of who runs planet Earth, we suggest that you listen to this conversation between Betsy and Thomas. They will explain the big picture. Then you will be ready to read the report that follows.

English law prohibits questioning the Monarchy about their personal holdings and business.

This is true of most of Europe’s royalty, whether enthroned or not. The wealth of the Monarchies is held outside of the countries that made the wealth.

The British Crown’s offshore banks hold the greatest personal wealth in the world estimated at $35 trillion. Perhaps the British Crown still owns and controls its Commonwealth Nations, including the American “colonies.”

Monarchies are not supposed to be warlord bankers who create conflict and chaos to turn a profit or destabilize an economy for personal gain. But they have been for some time now, and history is a string of immoral wars caused by monarchies, the Vatican and other religions.

Untold millions have died while kings and popes lived on to grab the wealth through well-established institutions that were created to control the commoner.

The Commonwealth of Nations, headed by Queen Elizabeth II, is made up of 53 nations, spanning the globe, accounting for one-fifth of the land mass of the Earth, and a very high percentage of its strategic resources and population.

The Queen is a Knight of Malta and has vowed allegiance to the Pope through the largest insider trading club on the planet. The British are, in fact, also agents of the Vatican’s Knights of Malta.

The Queen is a Knight of Malta

The Sovereign Military Order of Malta (SMOM) took control of the power and wealth of the Poor Fellow-Soldiers of Christ and of the Temple of Solomon from within the Roman system. The SMOM controlled the banking and military power for the Vatican for hundreds of years through the first central bank, the Vatican Bank.

The Roman Catholic priestly order of the Jesuits (Society of Jesus) subordinated the SMOM in 1798 aided by Napoleon Bonaparte. This would eventually lead to the Jesuits installing British control over the Island Malta and the founding of a Jesuit College manned by British Jesuits.

The Jesuits became somewhat crippled by this suppression in Catholic controlled Europe, so in order for the Jesuits to secure South American wealth they used Protestant banking houses and formed an alliance with the Venetian influences over Britain like the Pallavicini family who control the Monarchy and Rothschilds.

The Jesuits in 1840 put the Haus Sachsen-Coburg und Gotha bloodline into the position of Monarchy of Great Britain. This house is known today as the Windsor House which still rules the UK and the Commonwealth Nations.

The same fate would eventually happen to the Vatican itself after suppressing the Jesuits in 1773. The Jesuit Order took control of the Papacy by 1814 and had enacted revenge once again for their persecution.

The Order of Malta and the recognized protestant divisions all play a role commanded by the Jesuit Order. This includes The Most Venerable Order of the Hospital of Saint John of Jerusalem controlled by Queen Elizabeth II. If you look at the last Grandmasters of the Order of Malta you will notice they came from Britain.

This location was once also a Knights Templar headquarters in Britain. The Order of Malta even owned Londinium (TheCityofLondon).

TheCityofLondon was eventually rented out by the Order of Malta as their headquarters. The Jesuits took over Londinium in 1825 aided by the Rothschild family who had become the most powerful economic force in England.

When you take a look at many of the influential positions of power today, whether it is in banking, military, pharmaceutical or intelligence, you will always find Knights of Malta.

The Knights of Malta are mainly involved in working for and with the Black Nobility (royalty without an active throne), the Vatican, and the various Papal and Royal Orders, especially the Jesuits who are ultimately in control of the Vatican and the Military Order of Malta.

The SMOM’s most powerful controlling inner-cores are the Order of the Garter and the Pilgrim Society which are controlled by the Queen.

“One third of all world wealth is held offshore, and about half of all world trade flows through those tax havens.” – The Tax Justice Network

As a result of this offshore accounting, it is estimated that 60% of global trade now consists of internal transactions within multinational companies.

In total, it is estimated that this complex corporate offshore accounting multinational corporations avoid paying about $240 billion per year in taxes

TheCityofLondonUK is now the money laundering capital of the world with UK firms aiding corrupt officials and criminals from across the globe to hide trillions of US dollars of ill-gotten gains. British-based banks have helped hide more than $6 trillion in nefarious payments and criminal proceeds since 2000.

Cayman Islands benefit from the added support of being a territory of the United Kingdom. The Caymans offer a number of tax-free incentives and little financial regulation and oversight.

Today the country is the world’s fifth largest financial services center. It plays host to over 10,000 mutual funds, over 200 banks, over 90,000 companies, and 140 trust companies. It’s the world’s top home for hedge funds and captive health insurance companies.

Bermuda is another piece of UK territory that has long been known as a tax haven. Bermuda’s tax system puts taxes on staff payrolls, but not on corporate earnings or investment income. Its largest customer for offshore transactions is the United States.

Guernsey belongs to the British Crown but makes its own laws on matters such as taxation. The island of 65,000 people has made a big push towards being an offshore finance destination, and its main street is lined with private banks, law firms, and accounting firms.

Jersey is the other small British Crown dependency in the English Channel. Jersey prints its own banknotes and makes its own tax laws.

A culture of secrecy and non-disclosure in the island has resulted in Jersey housing an estimated $5 billion dollars of wealth per square mile. Half of Jersey’s tax avoidance trade comes from the UK.

The “British” U. S. Federal Reserve

Using the first major corporation in England as their model, the British East India Company, warlord bankers start wars for profit. Slavery and the looting of mines, gold, diamonds, minerals, and land is all in a day’s work for an imperialist.

England’s imperialism has worked into the economic and banking practices worldwide and the Queen’s Crown Agents and Agencies have controlled global resources for centuries.

There is a linear connection between the Rothschilds, the Bank of England, and the London banking houses which ultimately links the stockholders of the Federal Reserve Banks to their subsidiary firms in New York and TheCityofLondonUK.

The two principal Rothschild representatives in New York, J. P. Morgan Co., and Kuhn, Loeb & Co. were the firms which set up the Jekyll Island Conference at which the Federal Reserve Act was created and directed the subsequent successful campaign to have the plan enacted into law by Congress, and who purchased the controlling amounts of stock in the Federal Reserve Bank of New York in 1914.

Examination of the charts and text in the House Banking Committee Staff Report of August, 1976 and the current stockholders list of the twelve regional Federal Reserve Banks show this same family control. 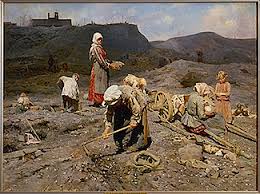 Serfdom had a price. 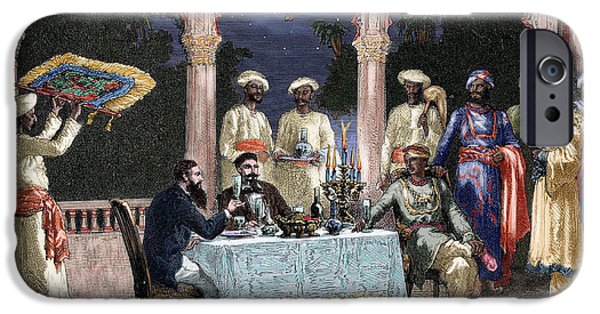