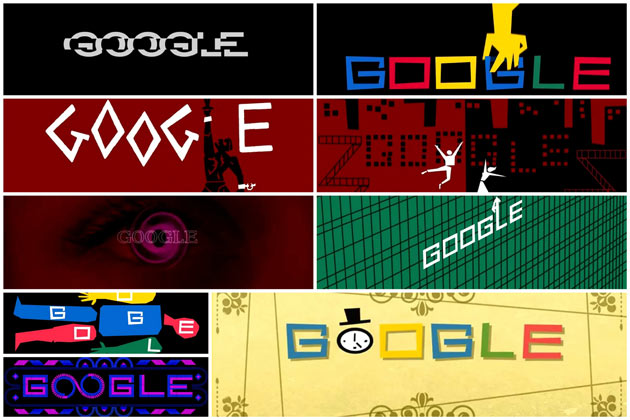 This is the definitive all encompassing Google doodle. The whole concept is based on the work of Saul Bass the graphic designer who masterminded what are known as title sequences. In our last interpretation of the Ella Fitzgerald Google doodle we made a point of the animation from the recent popular film Catch me if you can. The title sequence was a masterpiece of the art and a pie in the face with limited understanding. The NWO details the depth and breadth of their plots and conspiracies in plan sight because they know few if any can catch them. I have been studying the twilight language of art and image for many long years and have recognized a clear pattern that supersedes random chance.

This doodle is an all encompassing masterpiece. The video portion parallels the Catch me if you can intro format. The designers are showing their appreciation for our previous work by continuing with the style and format. They use the many detailed works from the masters C.V. He made many very popular films. Each snippet tells us a small piece of the larger story which is what Saul was famous for. His title sequence made rapturous use of the space that had been previously left sadly lacking in intent. He told the story of the film in a quick short vignette. That is the whole purpose of the Google doodle. For those with eyes to see and ears to hear you will see the intricate plots of the NWO revealed before you. 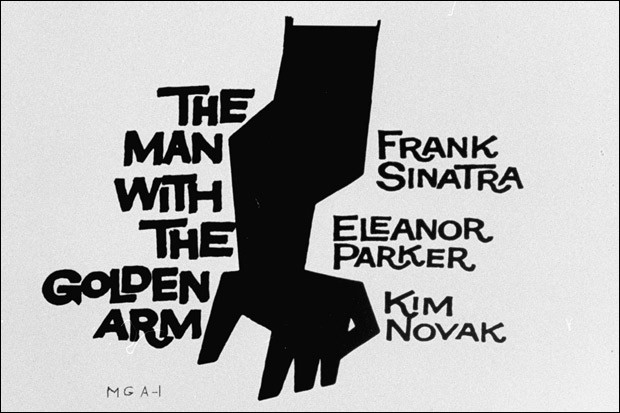 The first movie reference is from The Man with the Golden Arm. The lead character Frankie Machine played by Frank Sinatra is a heroin addict released from prison rehabilitated, but destined to get addicted again after a game of chance. He ends up being accused of a murder he didn't commit. In the modern era as in yesterday narcotics trafficking is the golden arm of the global economy. This is where I feel this doodle is taking us.

In these screen shots as we enter the arena with Spartacus we see the stage set for the slave revolt against the new Rome. The buildings in the doodle resemble the old architecture of the Roman period. It was used quite a bit in the design of bank buildings.

The Old Federal Reserve Bank of San Francisco Building, at 400 Sansome Street, was built in 1924 by George W. Kelham

This is very pertinent for several reasons. The doodle passes through San Francisco as it traverses through the financial capitals of the world.

Notice the eagles that adorn the bank adorn the wall of the arena. These same eagles are the persona of the Federal Reserve system. It is still Rome. 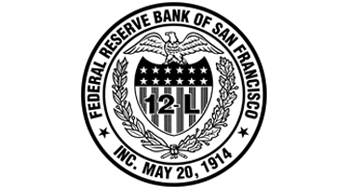 Spartacus raises his sword in triumph of the collapse of the system of all that was Rome and the success of the slaves.

The doodle proceeds directly to New York with the classic West Side Story. The main theme is the rumble between rival street gangs, but we are most interested in the title sequence. In that the skyline of New York is revealed. Is it the target of yet another nefarious plot or the location of the start of the economic contagion that will spread around the world. 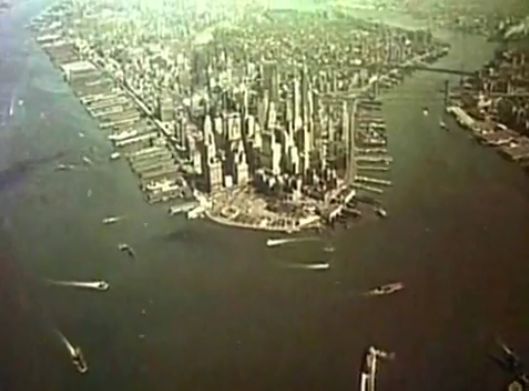 Conveniently the next film is perhaps Vertigo the Hitchcock classic. It is timely to appear after Manhattan. The tall buildings would cause vertigo in those not accustomed to tall buildings, but it deeper than that. The derivative exposures are far higher than the buildings when they come apart the soul will scream as the fall commences.

Google also reveals itself as an all seeing eye or oracle of the state and fate of the world. Perhaps it is the all seeing eye of the anti-Christ itself. Absolute power breeds absolute contempt for the previous mores of the world. It is symbolic of the rising economic whirlwind that will spread across the globe.

The next image is Google is the matrix. It has a direction to take. It may turn and it may not. We spoke of this before in a previous doodle on the Korean situation. We have a path to choose. The two white bars could be from The Man with the Golden Arm title sequence. The global drug trade fuels the underground economy and makes close to one third of the world's GDP.

Life has little value to the power corporations that rule the world. This image is from the cult classic film Anatomy of a Murder. What Google and the computer industry aspire to do is kill man as he was created by God. The project called SINGULARITY is designed to create a more advanced form of life that is born from artificial means. The economy as we know it is designed to support the human race. Without a human race there is no need for an economy. The elite rich strive for immortality and design to eliminate the inferior species homo sapiens. That's you and me folks.

Oceans 11 is a film about a bunch of men who try to take down a Las Vegas casino. It is important because the economy as it exists today is a global casino where betting has surpassed investing. The big news is they wish to take it down too. They are getting very, very close. The last few images will show the spread of the contagion as it has been termed.

It will start in Paris. As the European economies falter like a bunch of dominoes, Paris will be the crack in the system that cannot be supported. It will start an economic tsunami that will spread around the world. From Paris the effects will travel to New Delhi, Hong Kong, Tokyo and then San Francisco where the earlier reference to the Federal Reserve was made. The system will crash. The slaves will revolt, but that was always the plan.

Our little provocative agent crosses the Atlantic headed for London. Stars appear as he arrives indicating London is the prize. It is doomed. As a clue our man passes over a whale. The London Whale is Bruno Michel Iksil the J. P. Morgan trader who lost $6.2 billion. He lived in, of course, Paris and working in London. The doodle cannot conceal the truth. They are parts of the matrix. Like any cell in your body can be used to replicate the whole body so can any detail in the holographic universe reveal the grander designs if we care to observe them.

As the contagion reaches London the end game is achieved. London the financial capital of the world implodes. The system dies and is replaced by an economic singularity controlled by the military industrial complex companies like Google.

Tip your top hat. The time is right for world global domination. To The Victors the spoils. Google intends to be the victor.

The time is nigh. The time is FIVE high five for victory catch them if you can.